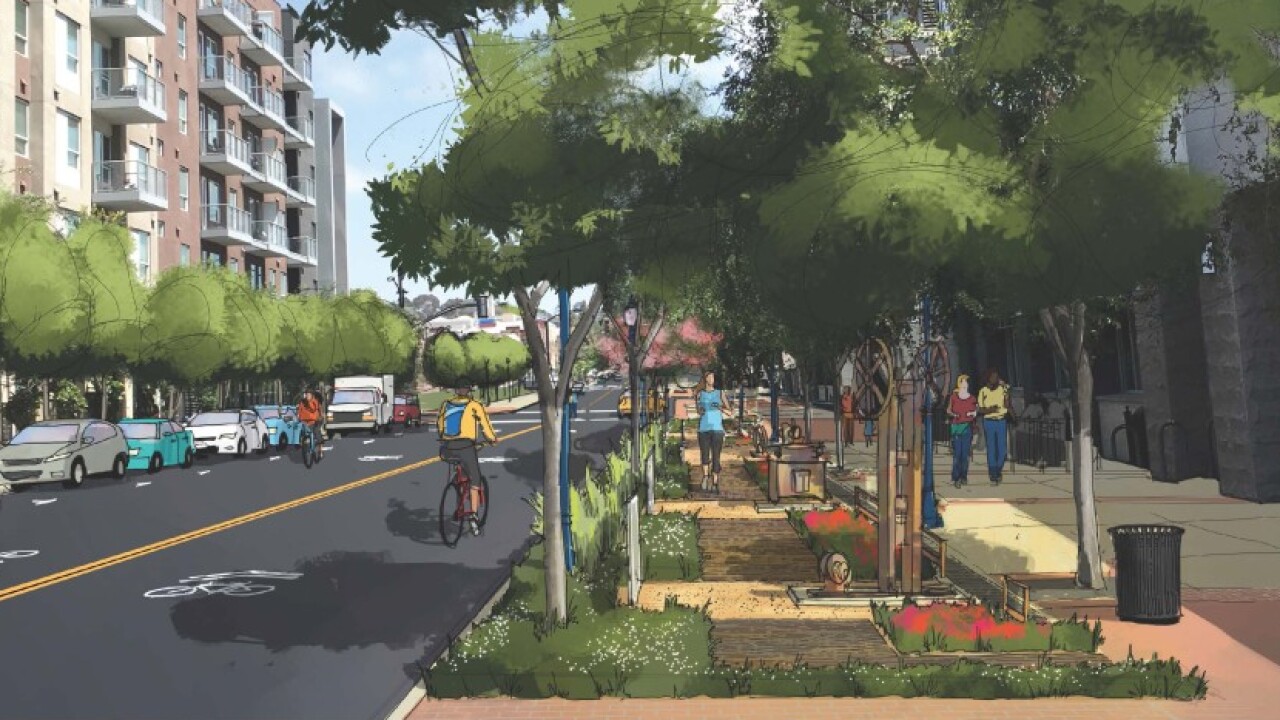 SAN DIEGO (KGTV) — In an effort to utilize underused streets, the city began construction this week on the first of six promenades planned around downtown San Diego.

The 14th Street Promenade will eventually run 11 blocks, from C St. to Commercial St., once it's completed, according to the city.

Construction on the promenade's G and Market Streets section started recently, with crews extending the sidewalk by removing a vehicle lane and eight parking spots on the east side of the street.

The city says it plans to add lighting, a double row of trees, and landscaping as a safety buffer between traffic and pedestrians.

"These promenades will create a more welcoming, open and walkable downtown while planning for the population to more than double there over the next 20 years," Mayor Kevin Faulconer said in a release. "Providing more mobility options and access to parks and green space helps us achieve our climate action goals and supports the economic vitality of this prominent neighborhood and our entire city."

The loss of any existing on-street parking will be offset by replacing parallel parking spots with angled spaces on several streets. A 185-space underground parking garage is also planned for the future East Village Green Park.

Other portions of the 14th Street Promenade are still being deigned. The next phase of construction will be between K and L Streets and Imperial Avenue to Commercial St. Construction between F St. and Island Ave. is slated to start by 2022.

The promenade is part of the Downtown San Diego Mobility Plan, which was approved by the City Council in 2016.