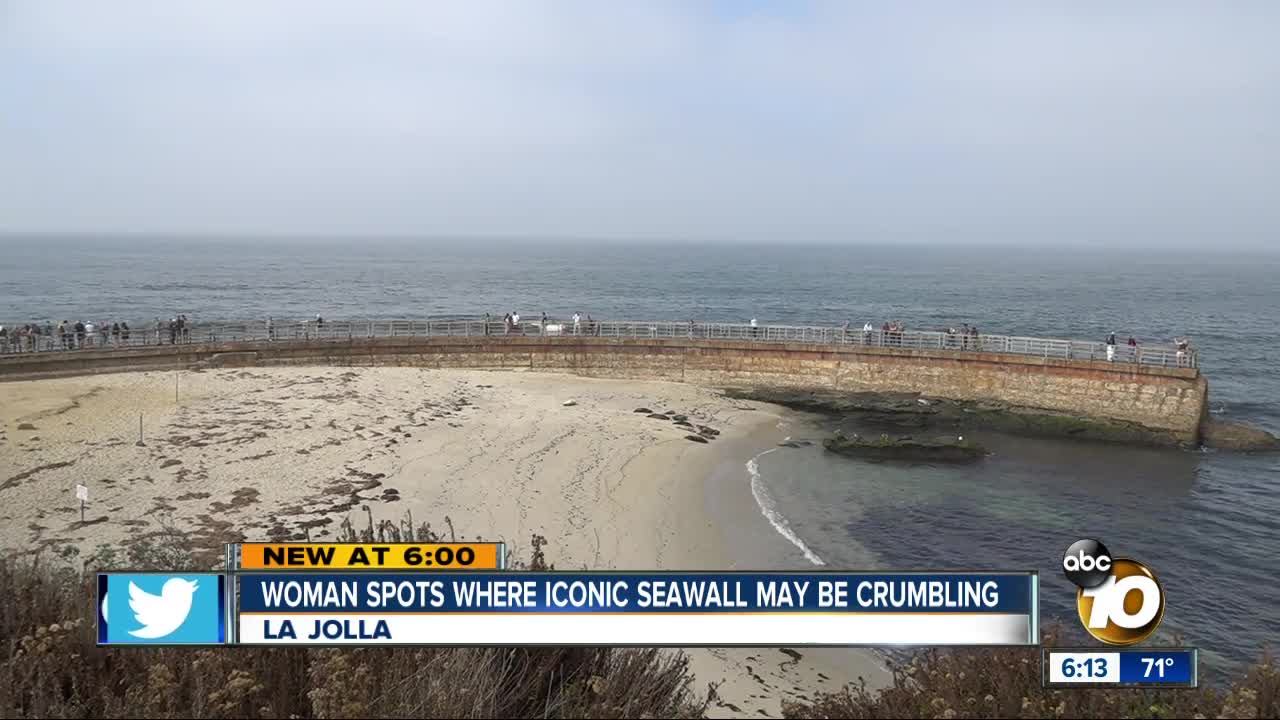 A La Jolla woman may have new evidence that the iconic sea wall at the Children's Pool is increasingly crumbling. 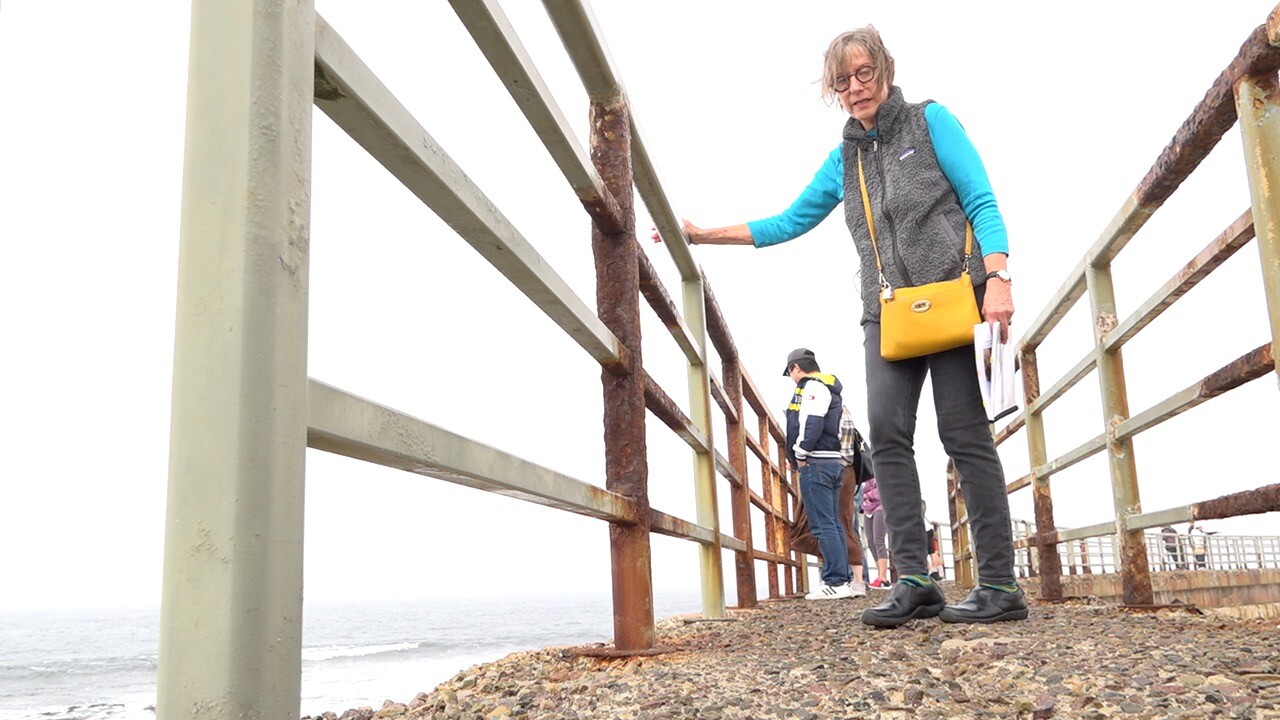 LA JOLLA, Calif. (KGTV) — A La Jolla woman may have new evidence that the iconic sea wall at the Children's Pool is increasingly crumbling.

Architectural historian Diane Kane spent time in 2017 and 2018 taking photos of different parts of the sea wall in an effort to earn it a historical designation.

She recently went back to take more and found that the wall's walking path is increasingly disintegrated, and its railings even more rusted over.

"I don't know if we had a particularly strong winter last year or if this is just at a point where it's had deferred maintenance for so long that it's really starting to go quickly," Kane said.

Kane, a trustee of the La Jolla Community Planning Association, says a historic designation could help generate funds to preserve the sea wall. She spent two years writing a historic report, which she submitted to the National Register of Historic Places.

The agency returned her application earlier this year because the photos she took had people in them, a disqualifying factor. That's why she went back to the sea wall in recent weeks to take more photos, at which point she noticed the changes.

A spokesman for the City of San Diego was not immediately available for comment.