At least 2 dead in fiery freeway crash in Mission Valley 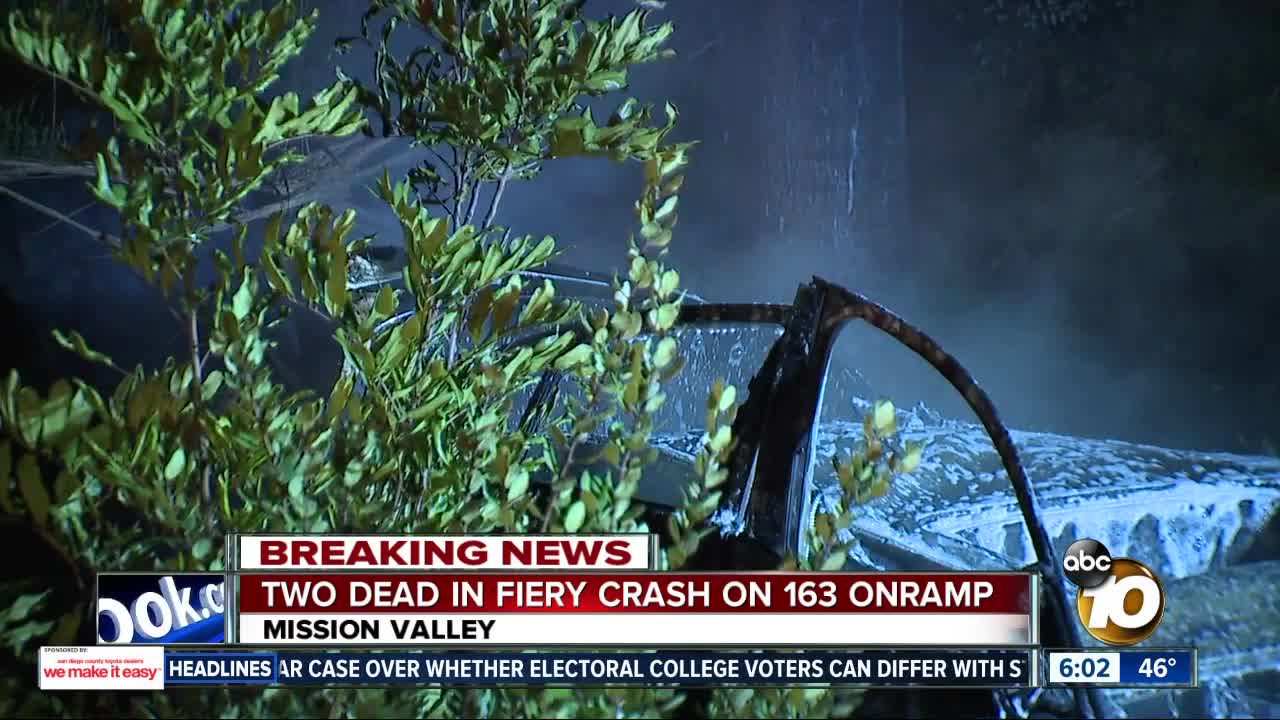 Two people are dead after a fiery crash on the southbound Sr-163 on-ramp to I-8 in Mission Valley early Saturday. 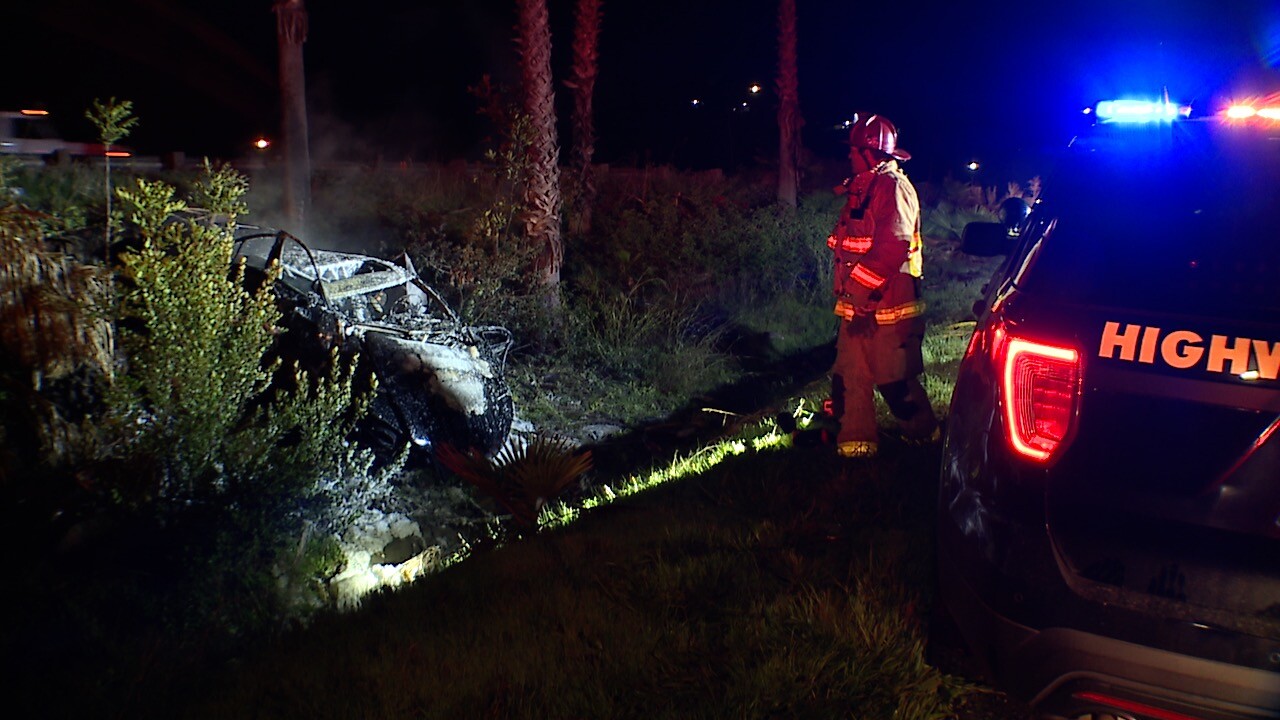 SAN DIEGO (KGTV) — Two teens are dead after a car reportedly struck a freeway guardrail in Mission Valley, before flipping over into an embankment and bursting into flames.

Witnesses told CHP they saw a car speeding on the ramp from westbound Interstate 8 to southbound State Route 163 just after 3 a.m. Saturday. The car hit a guardrail and flipped over the edge of the freeway and fell down onto an embankment below, CHP says.

By the time authorities arrived on scene, the vehicle was on fire.

Three of the four occupants, including the driver, were pulled from the wreckage and taken to a nearby hospital. Officers tried to pull the fourth person from the vehicle, but say flames overtook the car.

After the Medical Examiner arrived to help retrieve the fourth person, they said a second body was found in the charred wreck. It was unclear it the fifth occupant was killed in the crash or fire.

The two victims were described as being 15 years old.

CHP said they suspect drugs or alcohol may have been a factor in the crash. Because of that, the driver could be charged with manslaughter, CHP says.

The crash closed the onramps from southbound SR-163 to westbound I-8 and WB I-8 to SB SR-163. CHP was unsure how long the closures would be in place.