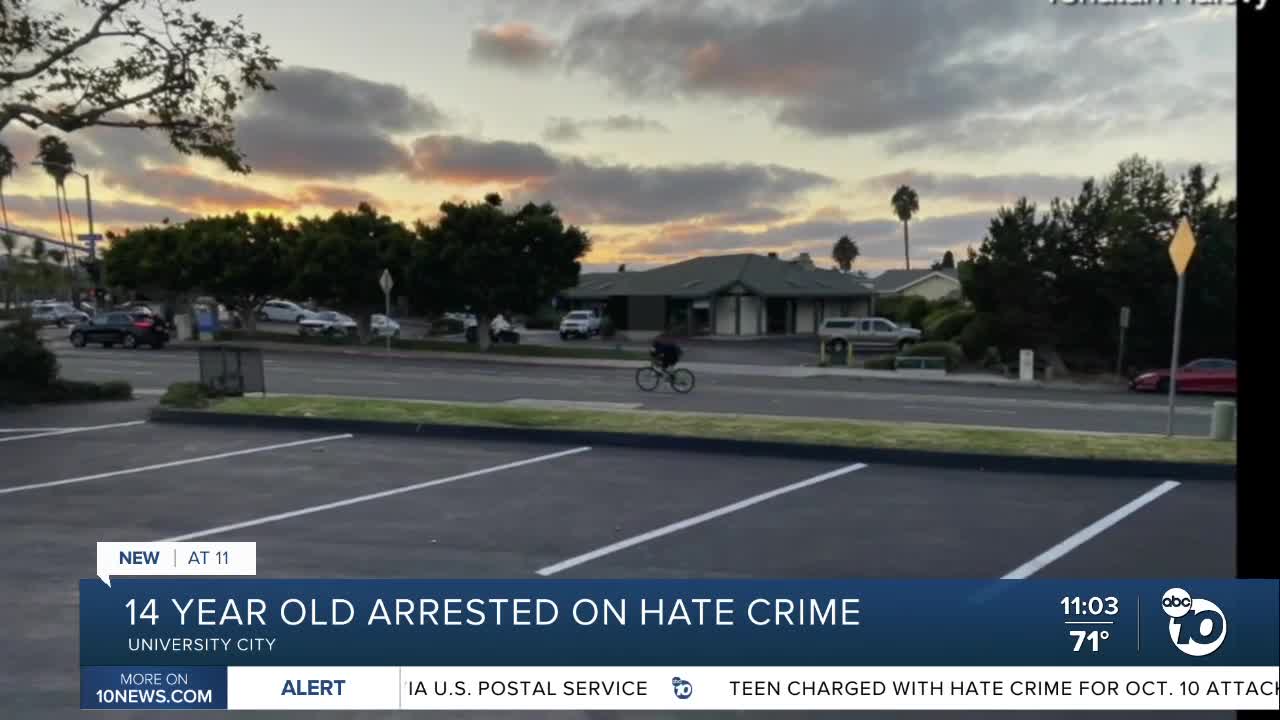 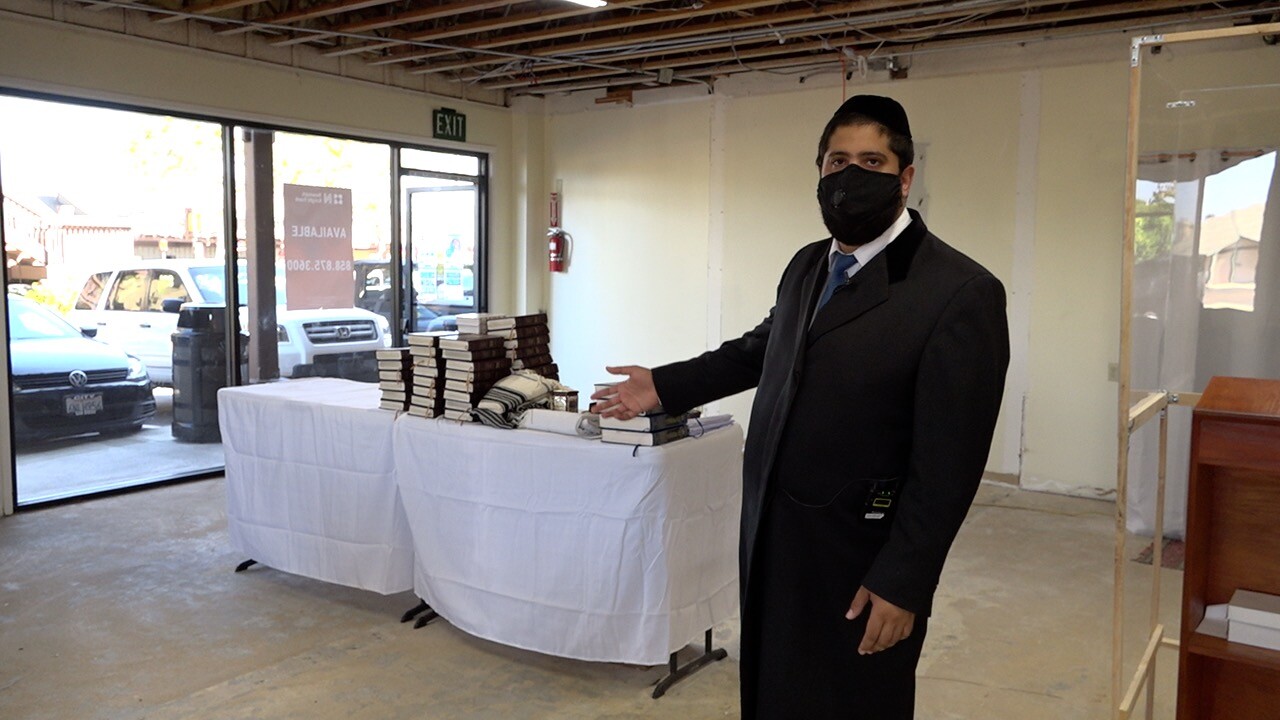 SAN DIEGO (KGTV) — A 14-year-old teen has been arrested and charged with a hate crime after punching a Rabbi near a University City synagogue, police say.

San Diego Police said Rabbi Yonatan Halevy, of the Shiviti Congregation, was walking near the synagogue located near 3200 Governor Drive on Oct. 10, when he was punched by the teenager. The teen reportedly yelled racial slurs during the attack and fled the location, police added. Halevy was not seriously injured.

Police say that Halevy also did not know his attacker.

The 14-year-old male was taken into custody on Friday and booked into Juvenile Hall on battery and hate crime charges.

In an interview with ABC 10News reporter Jon Horn, Halevy said this was the latest in a series of incidents by a group of teenagers targeting his congregation.

"Every day they come by here, taunt us, throwing bottles at us, sitting on our roof blasting music, and then breaking a window to my van," Halevy said. "Last but not least, what happened on Saturday."

Halevy says he was walking to synagogue with his father when the attack happened.

"I felt very scared, definitely unsafe for the first time in my life in this neighborhood," he said.