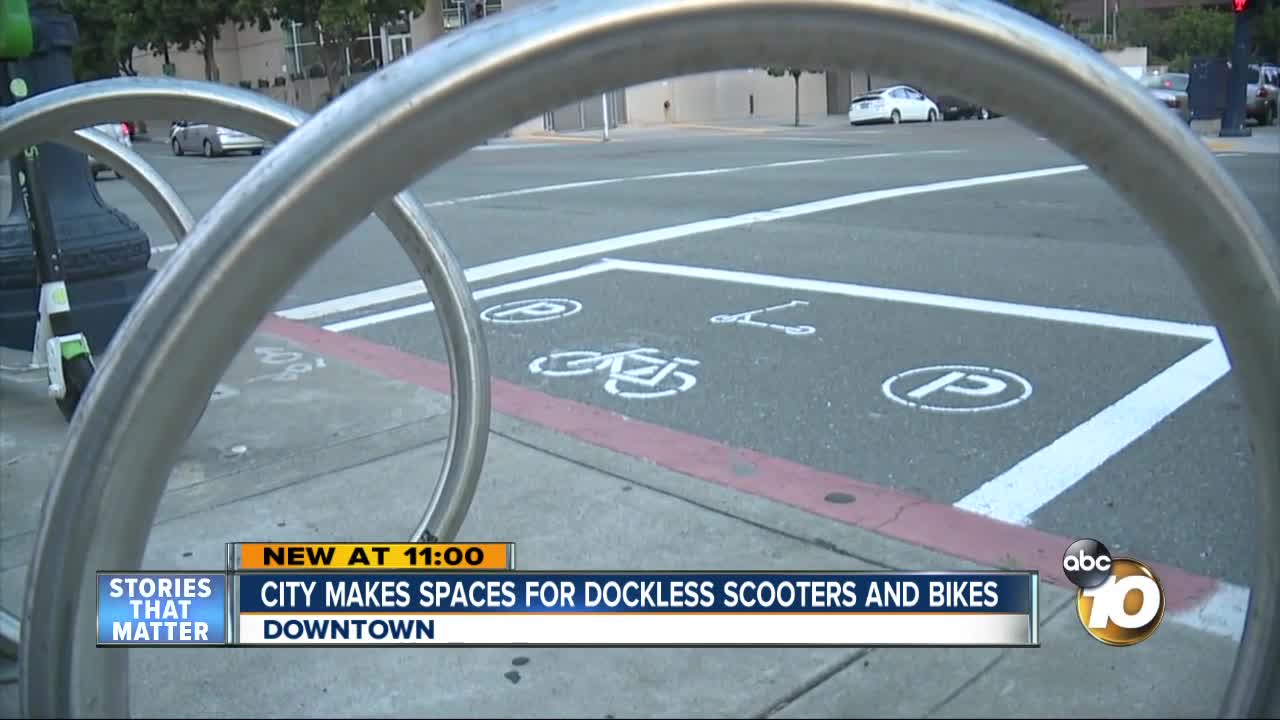 The city is in the process of installing 330 rideshare scooter and bike spaces throughout downtown.

The first few of them have been spotted in Cortez Hill.

“I think it’s smart,” said Carlos Navarro who work at a restaurant in the Gaslamp “they drive by our store — running into the customers or hit the cars that are parked.”

The city says the spaces are being placed at red zones where cars cannot park.

“It’s not going to be as crowded or cluttered,” said scooter rider Autumn McFeeley, “the city must really like them.”

A class action lawsuit was filed against the city earlier this year claiming San Diego has failed to maintain pathways for people with disabilities.

“Allowing there to to be safe storage and parking for those vehicles off the sidewalk is a much better approach, said Colin Parent with Circulate San Diego, “it’ll help minimize those kinds of conflicts”

The city of San Diego says more information will be made available about this project in coming days.