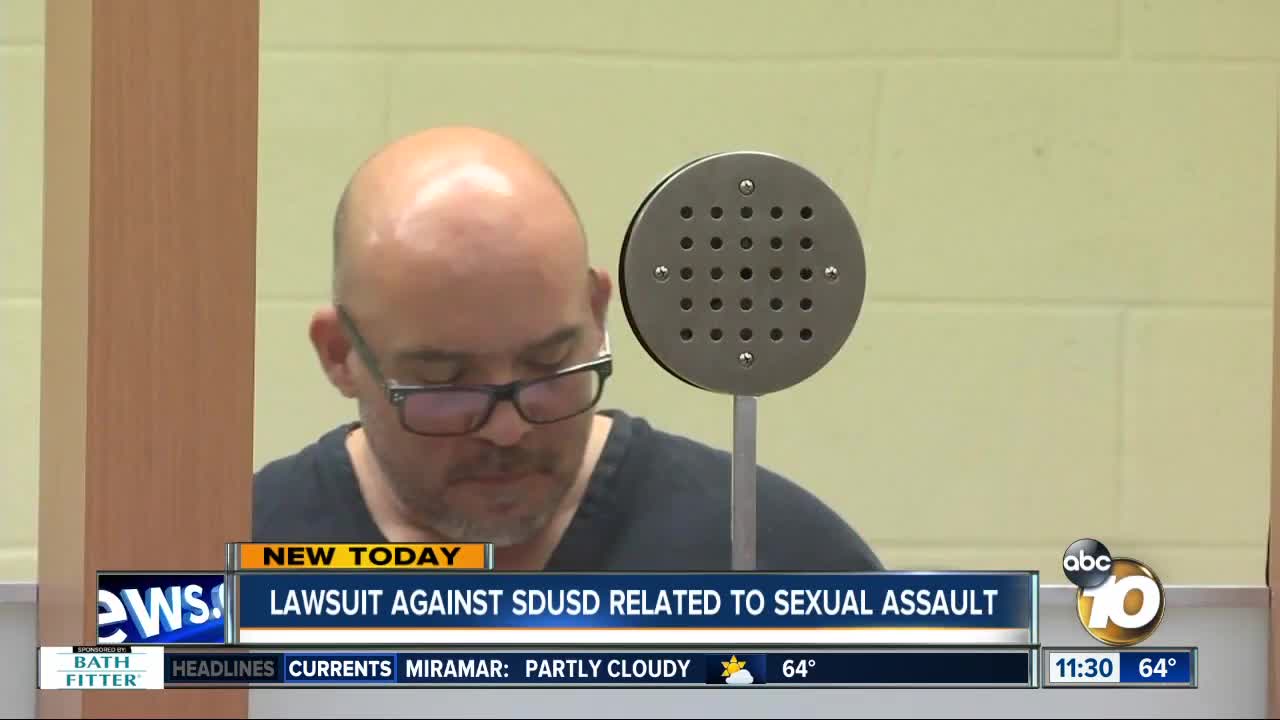 A civil complaint was filed Monday against the San Diego Unified School District in connection with a former teacher who pleaded guilty to sexually assaulting a student.

SAN DIEGO (KGTV) -- A civil complaint was filed Monday against the San Diego Unified School District and San Diego High School in connection with a former teacher who pleaded guilty to sexually assaulting a student.

In September 2019, former San Diego High teacher Juan Carlos Herrera was sentenced to 10 years in prison after he pleaded guilty the month before to 11 felonies, including lewd acts on a child and assault.

A complaint filed in San Diego County Superior Court accuses the school district and school officials did not do enough to address and stop Herrera’s conduct.

According to the complaint, lawyers said Herrera -- a special needs curriculum teacher -- began texting a 15-year-old student, claiming he promised he would take care of her.

The complaint stated Herrera began giving the student rides to and from school. Herrera even gave her passes to skip class and go to his classroom, and that’s when authorities said the sexual assault began.

Lawyers said Herrera began abusing the student emotionally and physically, even pushing her down a sidewalk and putting his arm over her neck.

Though they have filed a civil complaint, they are also calling on the San Diego County District Attorney’s Office to investigate the district.

Jessica Pride, of the Pride Law Firm, filed the complaint on behalf of the student. Pride said, “It's a misdemeanor, but it needs to be investigated. This is a huge miscarriage of justice.”