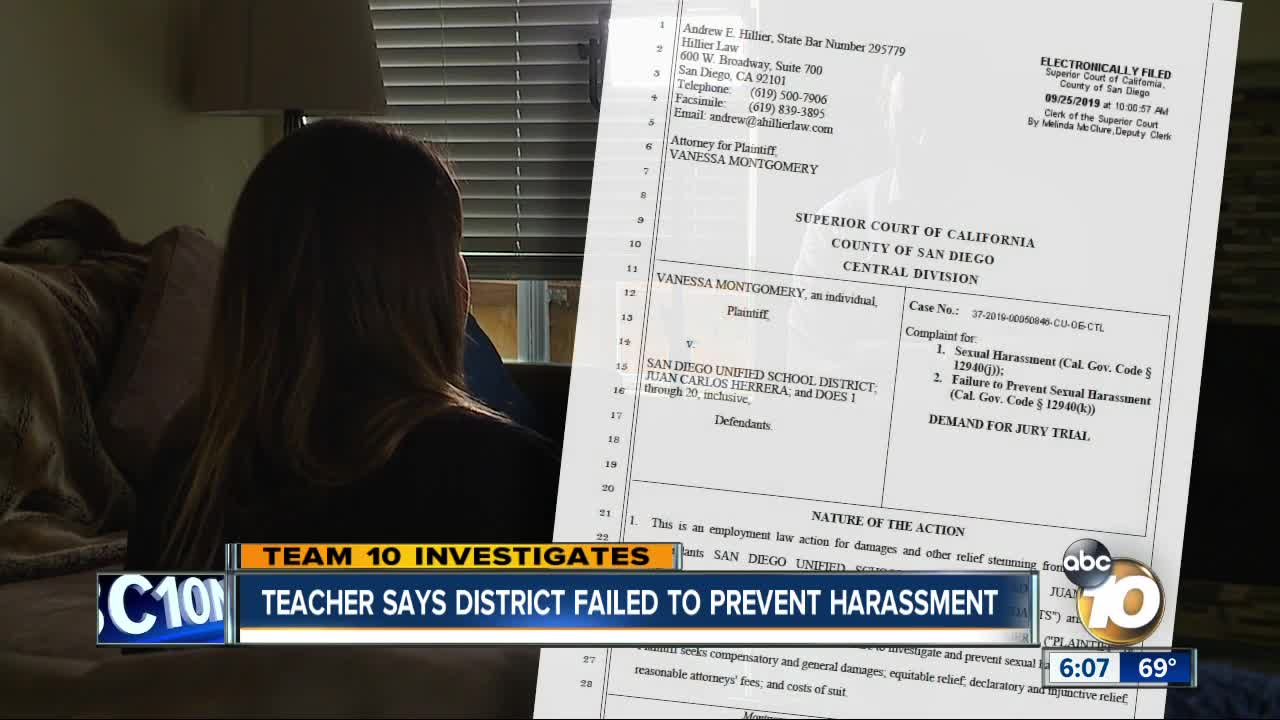 A San Diego High School teacher said she warned her school administration about the behavior of a former teacher nearly a year before he was arrested. 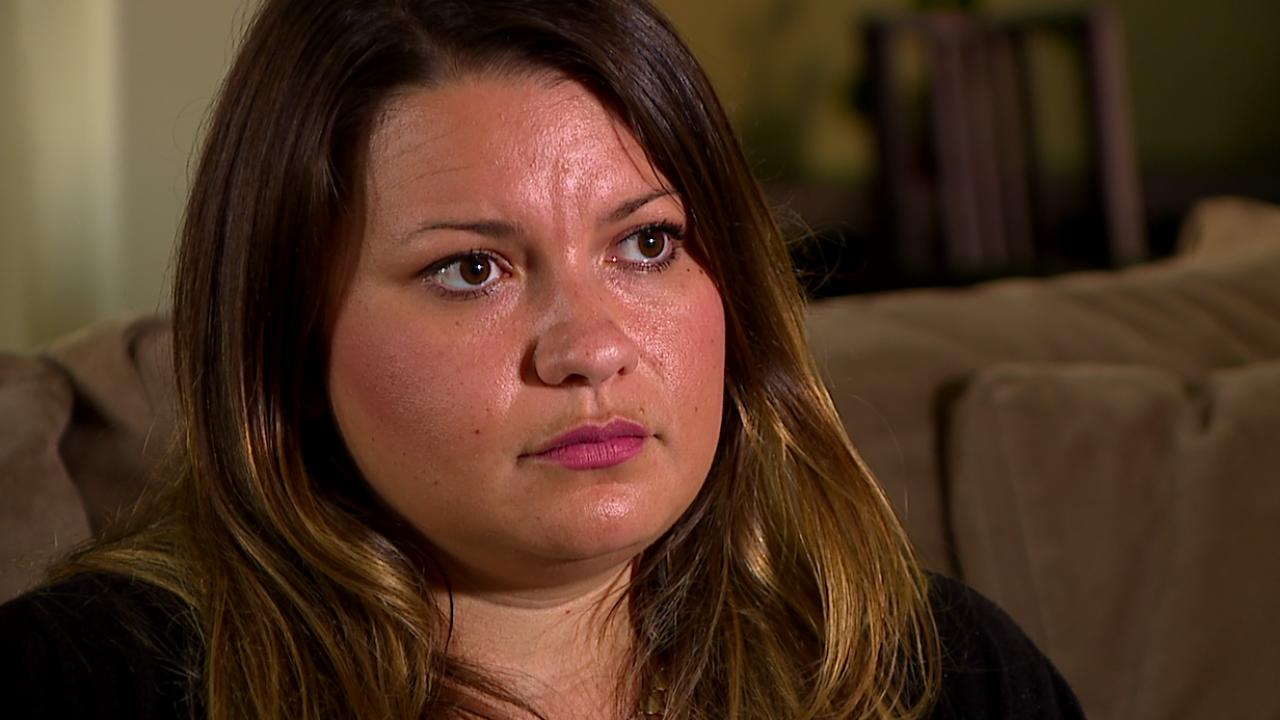 SAN DIEGO (KGTV) — A San Diego High School teacher said she warned her school administration about the behavior of a former teacher nearly a year before he was arrested.

According to a recently filed lawsuit, Vanessa Montgomery alleged Juan Carlos Herrera engaged in a continuous course of sexually harassing conduct. The lawsuit states, "On a near-weekly basis, Herrera made comments about Ms. Montgomery's dress, looks, and body."

Herrera, formerly a special needs curriculum instructor, was sentenced to 10 years in state prison earlier this month. In August, Herrera pleaded guilty to 11 felonies, including lewd acts on a child and assault.

Montgomery said she first met Herrera in 2016. She was new on campus.

"I was basically just trying to survive and learn things along the way," Montgomery explained.

Montgomery said she had her first uncomfortable encounter with Herrera just a few months on the job.

"I just want to let you know that the dress you're wearing and the outfit you have looks really good, and it hugs your body really well," Montgomery said Herrera told her.

Based on the lawsuit, "Herrera's sexually harassing comments included: Remarks that Ms. Montgomery's clothes made her 'curves look good;' remarks that Herrera would do anything for Ms. Montgomery as long as she wore 'those shorts;' and a comment and attendant gesture suggesting Ms. Montgomery needed to hold her chest when walking down stairs to stop her breast from bouncing."

Montgomery shared with Team 10 Investigator Adam Racusin that she felt "very uncomfortable all the time," around Herrera.

Montgomery said words eventually escalated to touching. In her lawsuit, she described an occasion where she spilled coffee on her shirt. She states Herrera took a toothpick out of his mouth and pushed on her breast where the stain was located with his toothpick.

"He took it out, put it back in his mouth and winked at me, smiled and walked away," she said.

Montgomery said she took her concerns to her supervisor, the vice principal at the school. She said she had a face-to-face conversation and also sent an email in May 2018.

According to the email obtained by 10News, Montgomery wrote, "I would like to inform you about some issues that have occurred in the last couple of years with Juan Herrera. I have decided to report sexual harassment against Herrera."

In the email she also detailed Herrera's interactions with female students, writing, "Herrera always has a group of young girls around him. He pulls them out of class to offer support which makes me wonder what has he said to them. He is normally in a classroom with the girls and without another teacher. I know he means well but the comments that I have shared above make it hard to trust him."

That email was sent nearly a year before Herrera was arrested.

"He'd be working with groups of girls in classrooms alone with the door closed," Montgomery said. "I witnessed that multiple times."

Prosecutors said Herrera assaulted an unnamed victim "on almost a daily basis" between February 2018 and March of this year, when the girl was 15 and 16 years old. He was arrested in May 2019.

"The HR (human resources) office had no documents related to complaints that were made by Ms. Montgomery and they had no intention of investigating any of those complaints, and that was even after Mr. Herrera was arrested," Montgomery's attorney Andrew Hillier said.

Hillier said when an organization becomes aware that an employee has reported sexually harassing behavior, the organization has a responsibility to investigate. He said they also have to take some sort of temporary remeasures to ensure it stops and if its warranted take permanent measures.

"The allegation is sexual harassment of course, but it's also a failure on the part of the district to step in once they became aware of the harassment," Hillier said.

According to the lawsuit, the district did not interview Montgomery.

"To Ms. Montgomery's knowledge, SDUSD did not interview anyone in relation to her complaint. SDUSD did not make Ms. Montgomery aware of any temporary or permanent remedial measures the district put in place to address Herrera's harassment," the lawsuit stated.

Montgomery said the harassment continued until Herrera was arrested.

A spokesperson for the school district didn't answer any of our questions about Montgomery's allegations. Instead, responded with the statement: "The district does not comment on pending litigation."

10News has attempted to get in touch with Herrera to see if he has a comment about the lawsuit, he declined our request to speak with him.