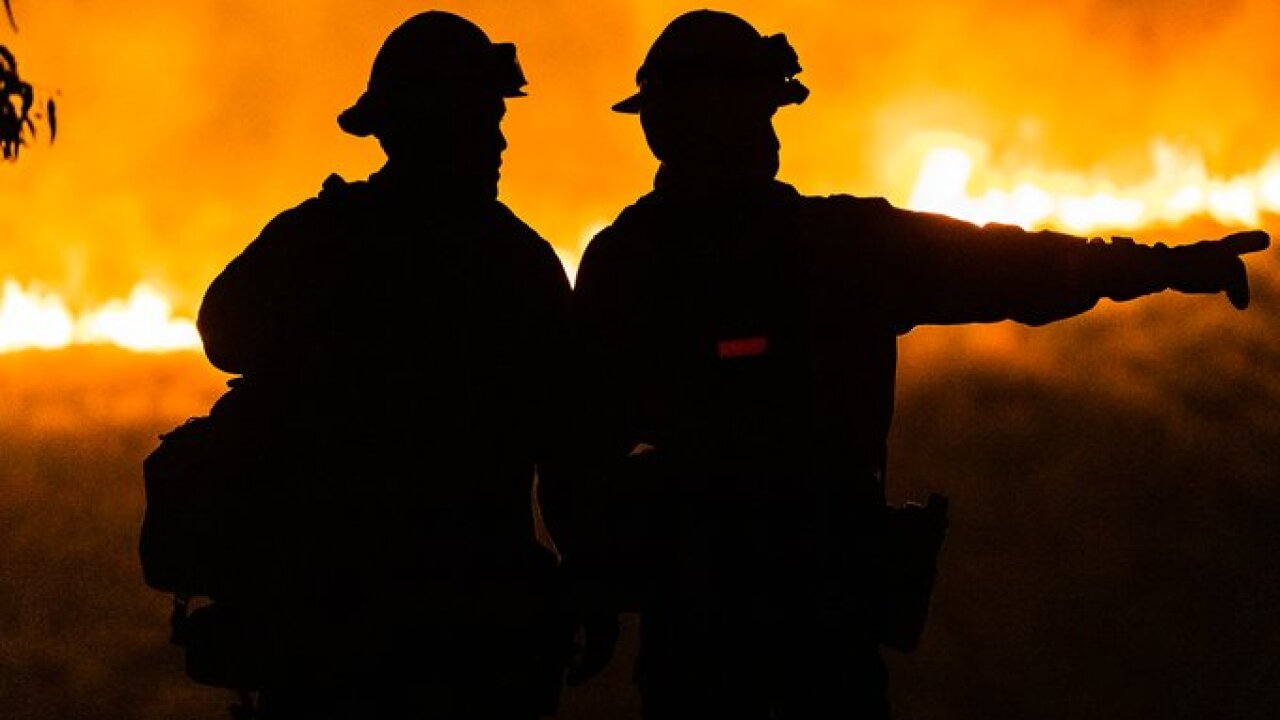 According to the agency, crews left early Saturday morning to join the fight against the blaze.

Strike team deployments usually last 14 days, but can be reduced or last longer, depending on the incident, the department said.

“California has a very strong mutual aid system and it kicks into gear for wildfires to support fire agencies in our state and others,” the agency added.

The North County Fire Protection District said later in the day it sent two units to battle the blaze.

The Poway Firefighters Association also said it sent crews to assist with the Apple Fire.

As of Sunday morning, the fire had scorched 15,000 acres and was 0% contained, according to KABC. One home has so far been destroyed with another 2,500 threatened.