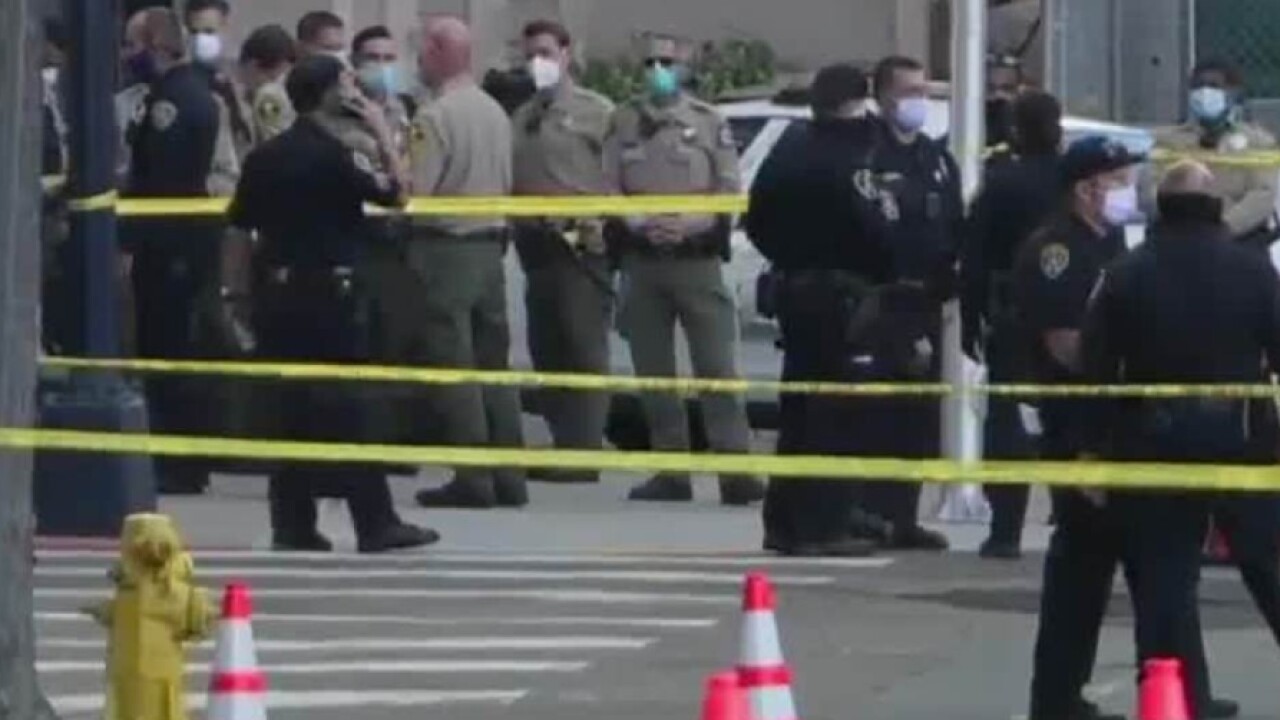 SAN DIEGO (CNS) - A 23-year-old deputy who shot and killed a detainee during a foot chase near San Diego Central Jail last week has resigned from the San Diego County Sheriff's Department, the agency reported.

Aaron Russell's resignation on Wednesday came five days after he fatally shot 36-year-old San Diego resident Nicholas Peter Bils near the intersection of B and Front streets early in the evening last Friday, according to the Sheriff's Department.

Bils, who had been arrested by rangers with the California Department of Parks and Recreation for allegedly threatening a ranger with a golf club at Old Town San Diego State Park, was being transported to the downtown detention facility when he managed to escape shortly before 6 p.m., San Diego police Lt. Matt Dobbs said.

"It appears (he) was able to slip the handcuffs off of at least one of his wrists and was able to open the door to the (government) vehicle," Dobbs said.

As Bils ran off to the north, Russell, who was walking to work with a fellow deputy, saw him and gave chase along with his colleague. Moments later, Russell fired at least one round, mortally wounding the fleeing suspect.

Exactly what prompted the deputy to open fire remains unclear.

Russell had been with the department for 18 months, according to the San Diego Police Department, which is investigating the shooting.

In an interview with a local media outlet earlier this week, Kathleen Bils said she was told her son "brandished a golf putter" near a ranger at the park. She said he would use the putter to putt a ball with his dog as a game.

Kathleen Bils also said in the interview that her son was diagnosed with paranoid schizophrenia.