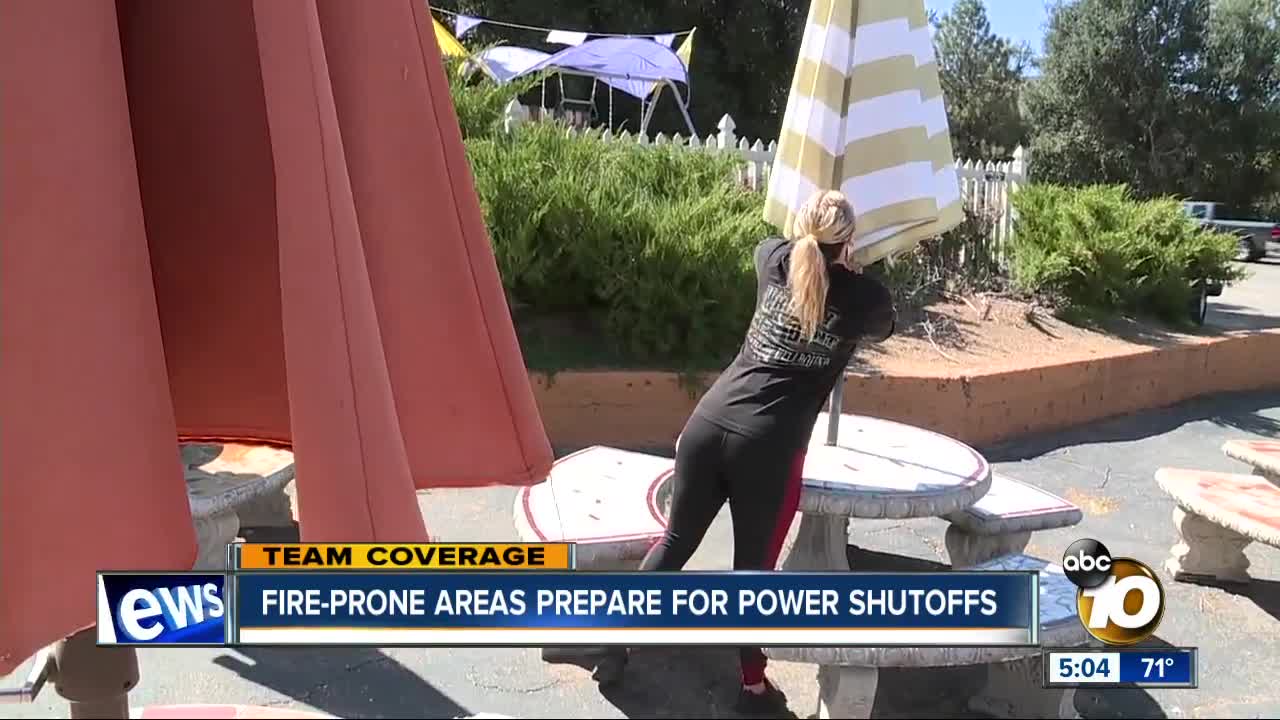 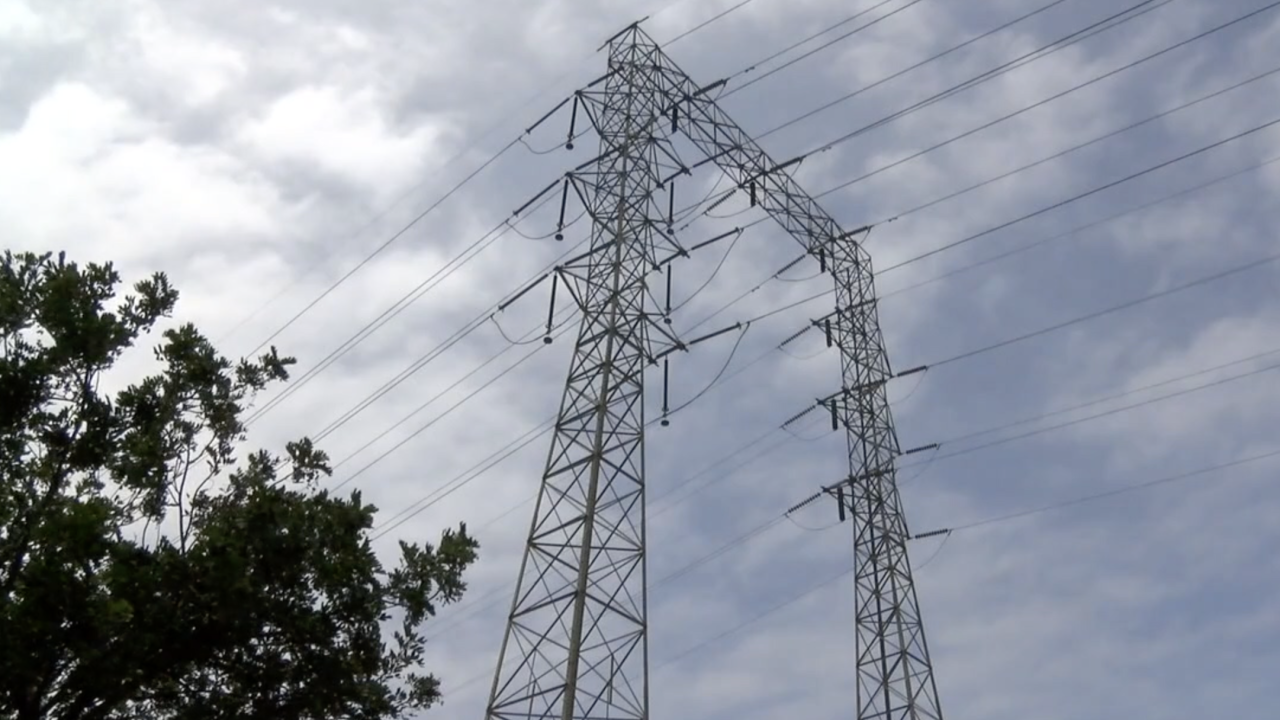 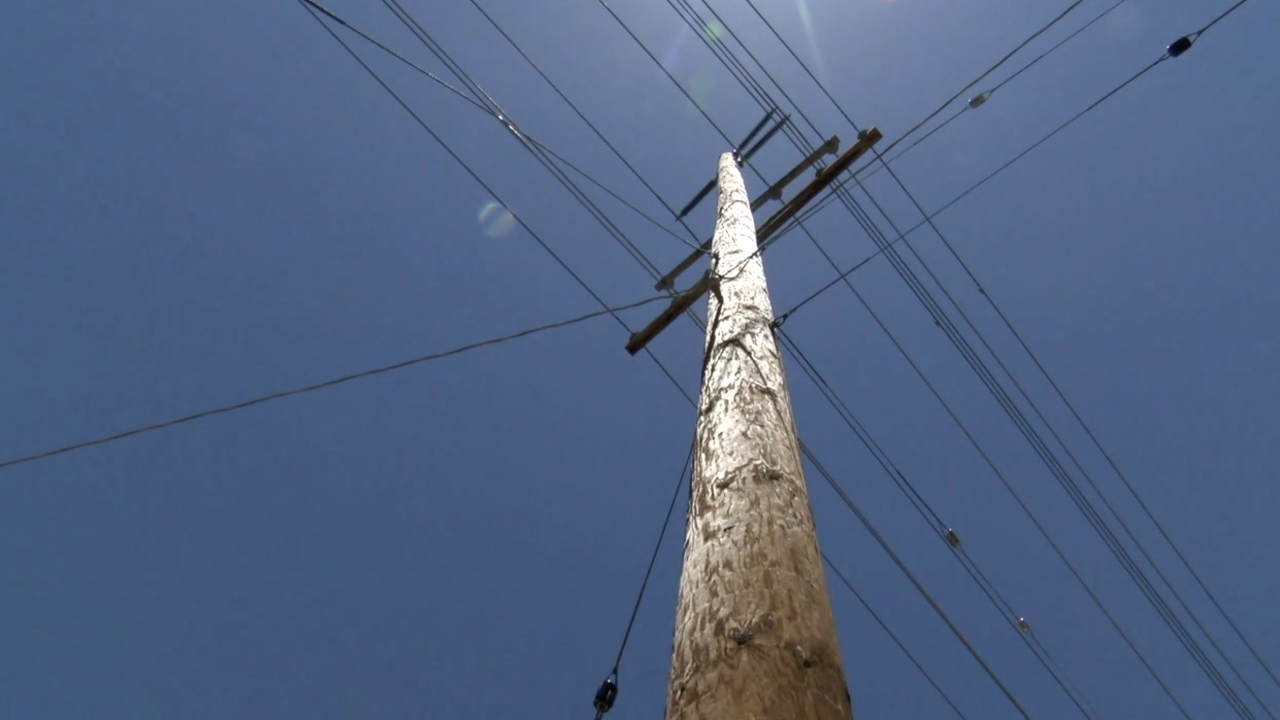 About 34,000 homes and businesses received 48 hours' notice of the possible shut-off to lower the hazard posed by power lines, according to SDG&E. The utility company issued two additional notices Thursday and downgraded the number of affected customers to about 18,000 at 4:45 p.m.

"Notifications are made via multiple channels: outbound dialer calls, text messages, and emails. If you have not signed up for notifications, please visit sdge.com/MyAccount to subscribe to alerts," SDG&E said.

In Pine Valley, 10News met Brook Varner, a cook at Frosty Burger. She said the last storm blew away a lot of the restaurant's patio umbrellas. In preparation for the Santa Ana winds, Varner took them down. Varner said she and her kitchen staff have to be smart about perishables in case the power goes out.

“We actually don’t have a generator, so we have been kind of trying to prepare just by not overstocking any of our food or slicing perishables that will go bad,” Varner said.

If SDG&E does shut off the power in Pine Valley, employees have no choice but to close up shop.

10News also met long-time Pine Valley resident, George Desena. Like many others, he was at the pump filling up his gas can for his backup generator at home. Despite the $5 per gallon cost, Desena gladly filled up, saying it's better to have it and not need it, than need it and not have it.

"Gotta have it. What’s another few cents? You know?" Desena said. "You have to make sure that it [the generator] is working so that we have some power. Get us through this little event. Hopefully it doesn’t turn into a big event!"

Desena said the last time he used his backup generator was during the Red Flag Warning last November.