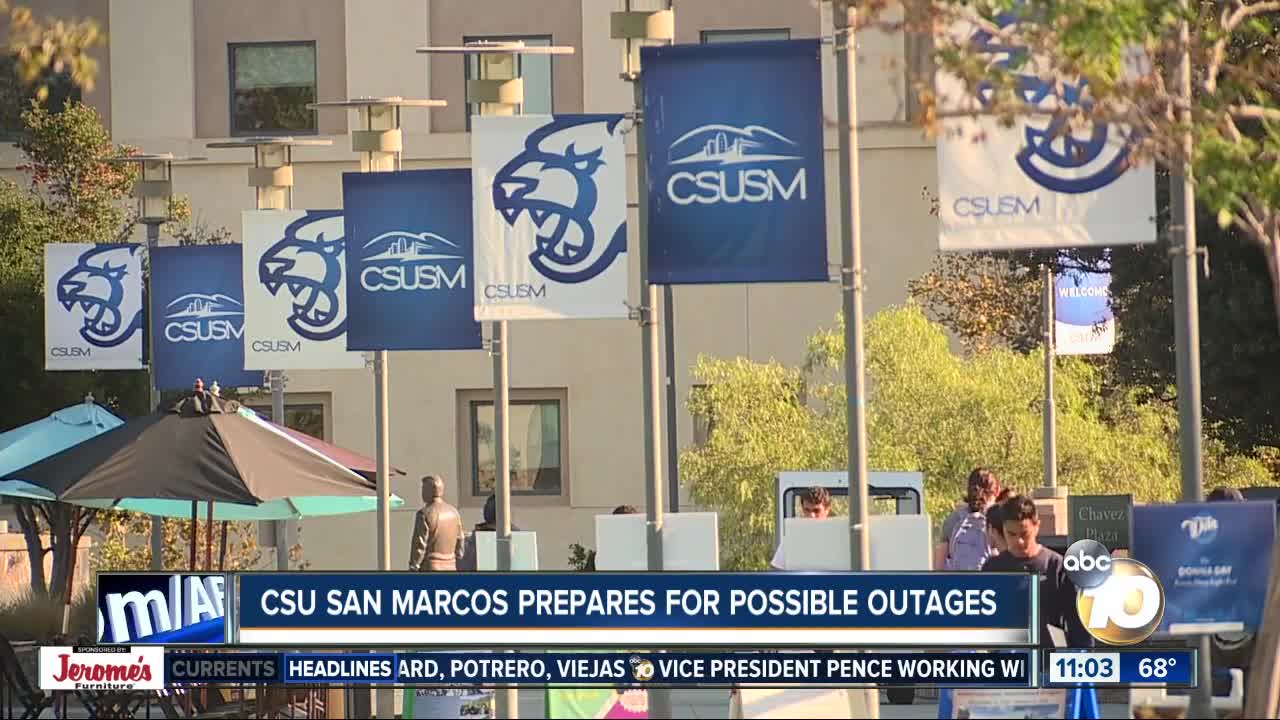 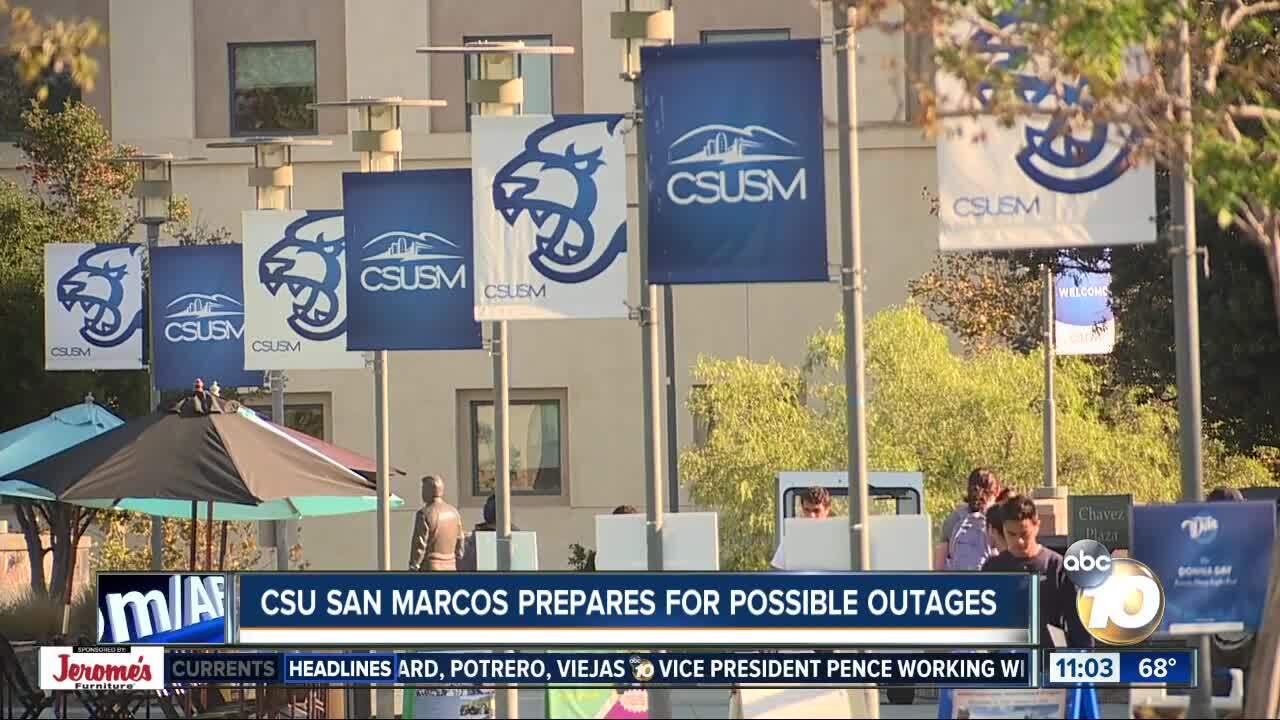 At least three CSU schools have been shut down as a result of high winds and power outages. Staff members in San Marcos say they are keeping a close eye on those other universities.

Classes proceeded as usual for CSUSM students on Thursday morning. Students say they have been keeping up the outages at other schools via social media.

“For a second, I panicked; I really didn’t know it was San Francisco,” says freshman Nancy Salazar Soto. “I was like, oh, it might be me. It might be here in San Marcos.”

She believes it would be hard losing power at school, but things would be tougher for the students who live on campus, like freshman Hannah Whitener.

“It’s kind of a little bit sketch, you don’t really know everyone around you yet,” says Whitener. “I mean, my freezer, I’m kind of concerned about that.”

CSU San Marcos sent out a memo to students late Wednesday afternoon warning them of the possibility of an outage and how to be prepared.

“Make sure your car is gassed up in case you do need to relocate. Make sure you’ve got a flashlight handy," says CSUSM Vice President for Community Advancement Cathy Baur. “You’re students; you’re working on their essays and those projects. Make sure you’re saving it on your computer.”

“We had to close the campus just days before commencement because the fires were surrounding us and had to do an evacuation of campus,” says Baur. “It’s something that we as campus community are familiar with, we’ve lived through, and so we know how important it is to be prepared and to take any precautions that we can.”

The university advises all students to check their emails and social media pages routinely. If power is shut off, University Police will also send out an alert.