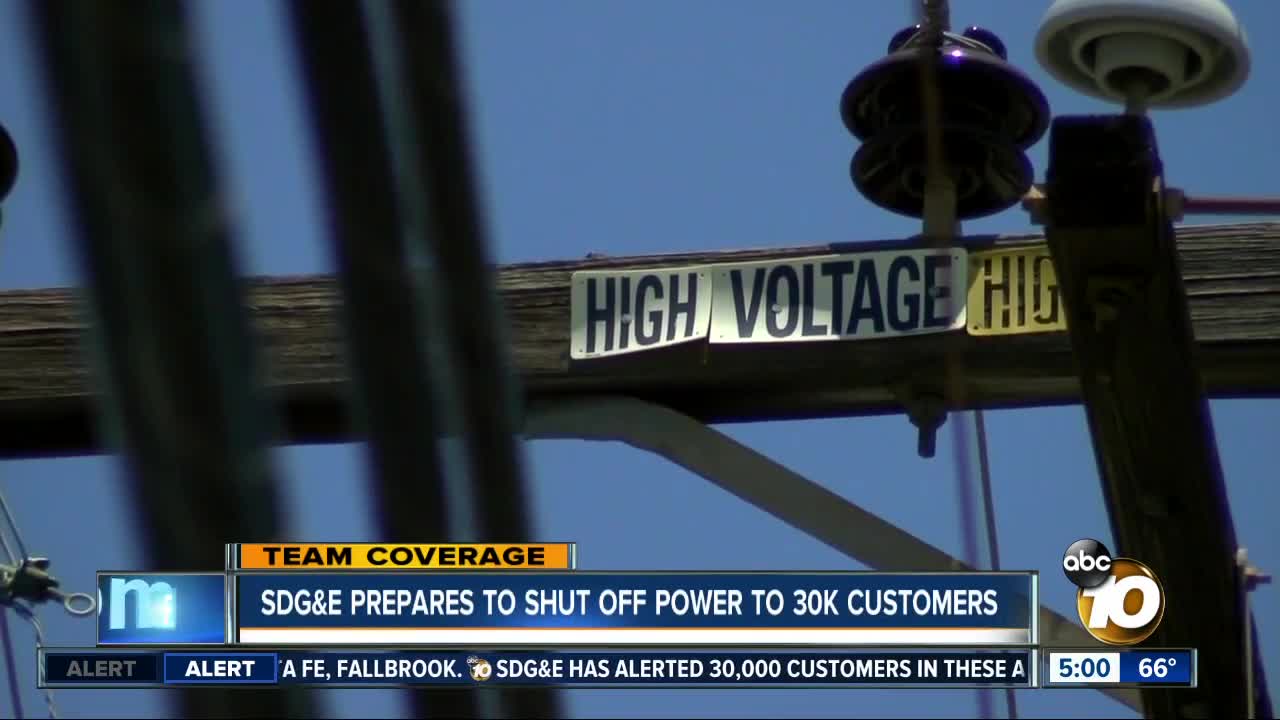 More than 34,000 San Diego Gas and Electric customers are bracing for a possible blackout.

A Red Flag Warning begins at noon Thursday, lasting until 6 p.m. Friday and sparking precautions by the company.

Customers Tuesday and Wednesday were told outages could come up to 48 hours after they received notifications from SDG&E.

Wednesday afternoon residents in Fallbrook, one of the affected communities, began to prepare for what could turn into several days in the dark.

Throughout the day Wednesday, neighbors could be seen hitting the gas station to full up, making sure their generators will be powered through the outage.

Many people told 10News the shutdown is well worth it.

“I would much rather have my friends have their house and their kids and their lives. If its gonna inconvenience people for a day or two, they just need to have enough notice,” said Laree Johnston.

SDG&E says it works closely with fire crews to determine whether or not the company needs to shut the power down.