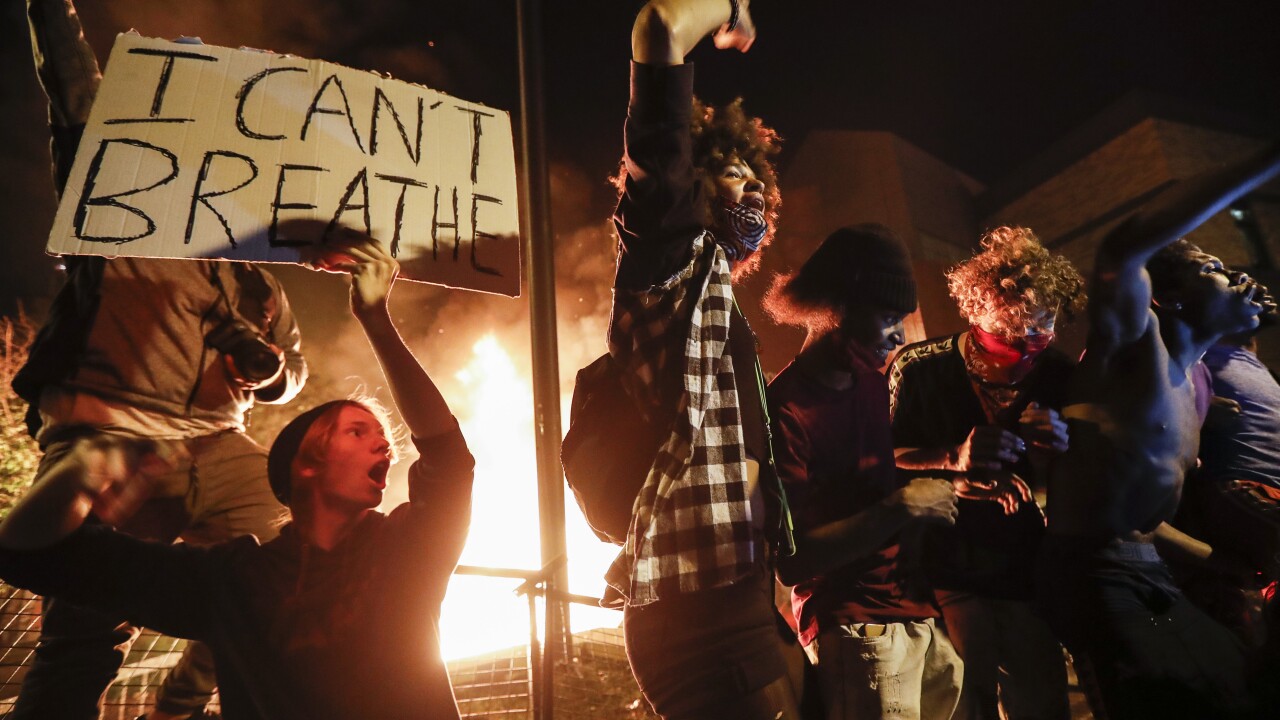 Copyright 2020 The Associated Press. All rights reserved.
John Minchillo/AP
Protestors demonstrate outside of a burning Minneapolis 3rd Police Precinct, Thursday, May 28, 2020, in Minneapolis. Protests over the death of George Floyd, a black man who died in police custody Monday, broke out in Minneapolis for a third straight night. (AP Photo/John Minchillo)

SAN DIEGO (KGTV) — San Diego County law enforcement officials have joined together to decry the death of a black man who died after a Minneapolis police officer knelt on his neck until he passed out.

Friday, San Diego Sheriff Bill Gore was the latest official to issue a statement, saying "we must do better" on Twitter.

"Now, as frustrating as it may be, we must let the criminal justice system run its course. The men and women of the San Diego Sheriff's Department hold ourselves to a very high standard and work everyday to build trust with the communities we serve. Mr. Floyd's death in Minneapolis is a harsh reminder of how the actions of a few can quickly erode that trust," the sheriff wrote.

"The SDPD expresses its sincere condolences to the family of George Floyd. Our profession must do better," Nisleit wrote. "We will continue to work tirelessly to build trust, establish clear policies, ensure consistent training, and maintain open and honest dialogue with our communities."

Chula Vista's Police Chief Roxana Kennedy added, in part, that "we recognize that law enforcement must continually foster a professional culture that prioritizes compassion and care for human life. While I hope and pray an incident like this would never occur in Chula Vista, it is important to openly acknowledge examples of police misconduct so that we remain vigilant in the course of our work."

Floyd's death sparked mass protests across the nation and riots in Minneapolis this week.

RELATED: Officer who knelt on George Floyd's neck has been charged with his murder

The officer seen in witness video of the arrest, Minneapolis police Officer Derek Chauvin, has been fired, arrested, and charged with third-degree murder and manslaughter in connection with Floyd's death.

Three colleagues who stood by as Chauvin held Floyd to the ground for nearly 9 minutes have also been fired.