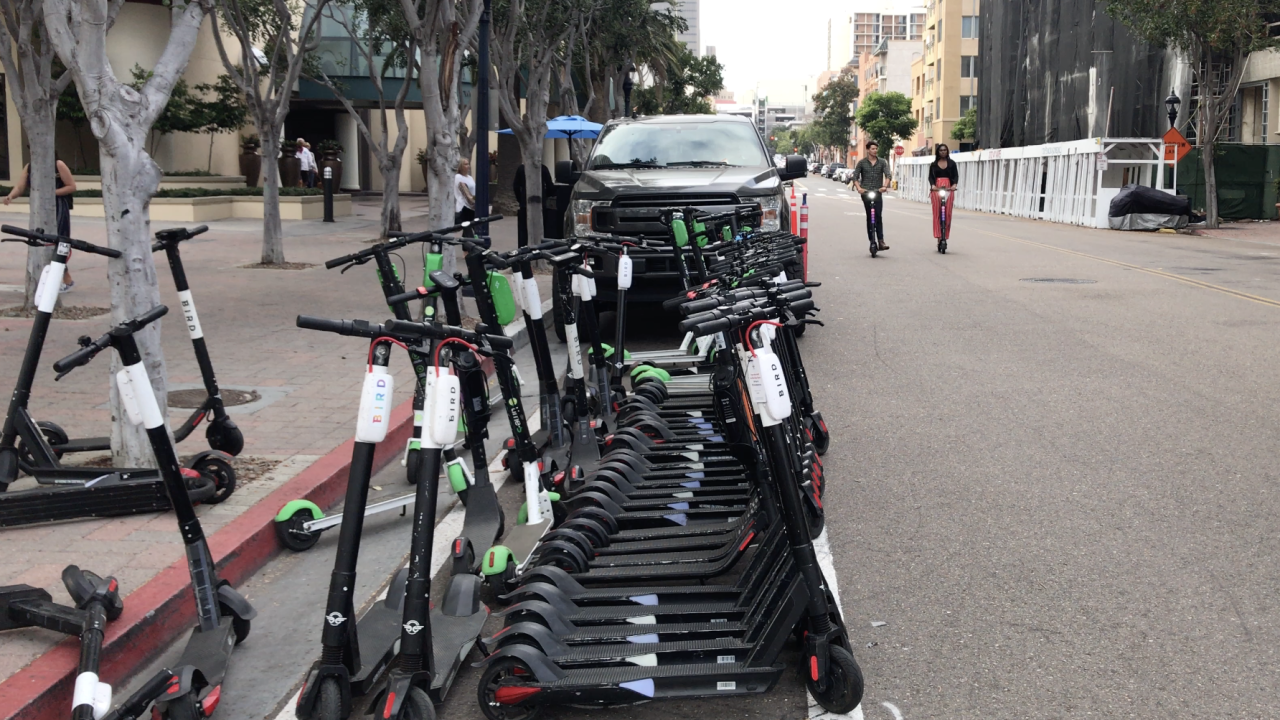 President Pro Tem Barbara Bry has called for a moratorium on electric scooters, saying, "enough is enough – scooter companies have had their opportunity."

"In May, the City Council approved a permitting and regulatory program that went into effect on July 1. We believed these rules could help reestablish order on our sidewalks," Bry said in a statement. "Instead, we are left with companies willfully ignoring staging restrictions and geofencing requirements."

The City Council voted unanimously, in fact, for those regulations, which include:

San Diego law enforcement has since been tasked with enforcing the new policy.

Even still, Bry says the situation has worsen for residents.

"Emergency rooms and urgent care centers are filling up with severe injuries. City resources are being wasted to collect and store inappropriately parked devices, and we don’t even know if the fines cover our costs," Bry said, adding a "scooter graveyard" now poses an environmental hazard.

Just this last week, scooter companies were left scrambling to recover more than 2,500 dockless scooters and bicycles seized during Comic-Con weekend. Those scooters and bikes were stored at the city’s operation yard in Balboa Park.

Companies must pay $65 per impounded device — plus a $1 storage fee — to recover them before the city moves them to its impound yard in Miramar.

San Diego has installed scooter corrals to keep the devices organized in high traffic areas, but that hasn't addressed all the issues.

San Diego Mayor Kevin Faulconer says Lime Bike, Bird, Skip, and Lyft have all violated its terms of operation in regards to geofencing and operating restrictions.

Bry said a temporary ban is needed ban until a "fiscally responsible, well-thought out" plan is developed.