San Diego County's daily waste disposal per person increased from 5.5 pounds in 2016 to 5.6 pounds in 2017, according to the research group, Equinox Project, the nonprofit institute at University of San Diego.

"When the economy's booming and there's more disposable income, people tend to buy more stuff. That means more packaging, and it tends to come with more waste," said Nilmini Silva-Send, a researcher with the Equinox Project.

San Diego County's disposal rate is among the highest in the state. 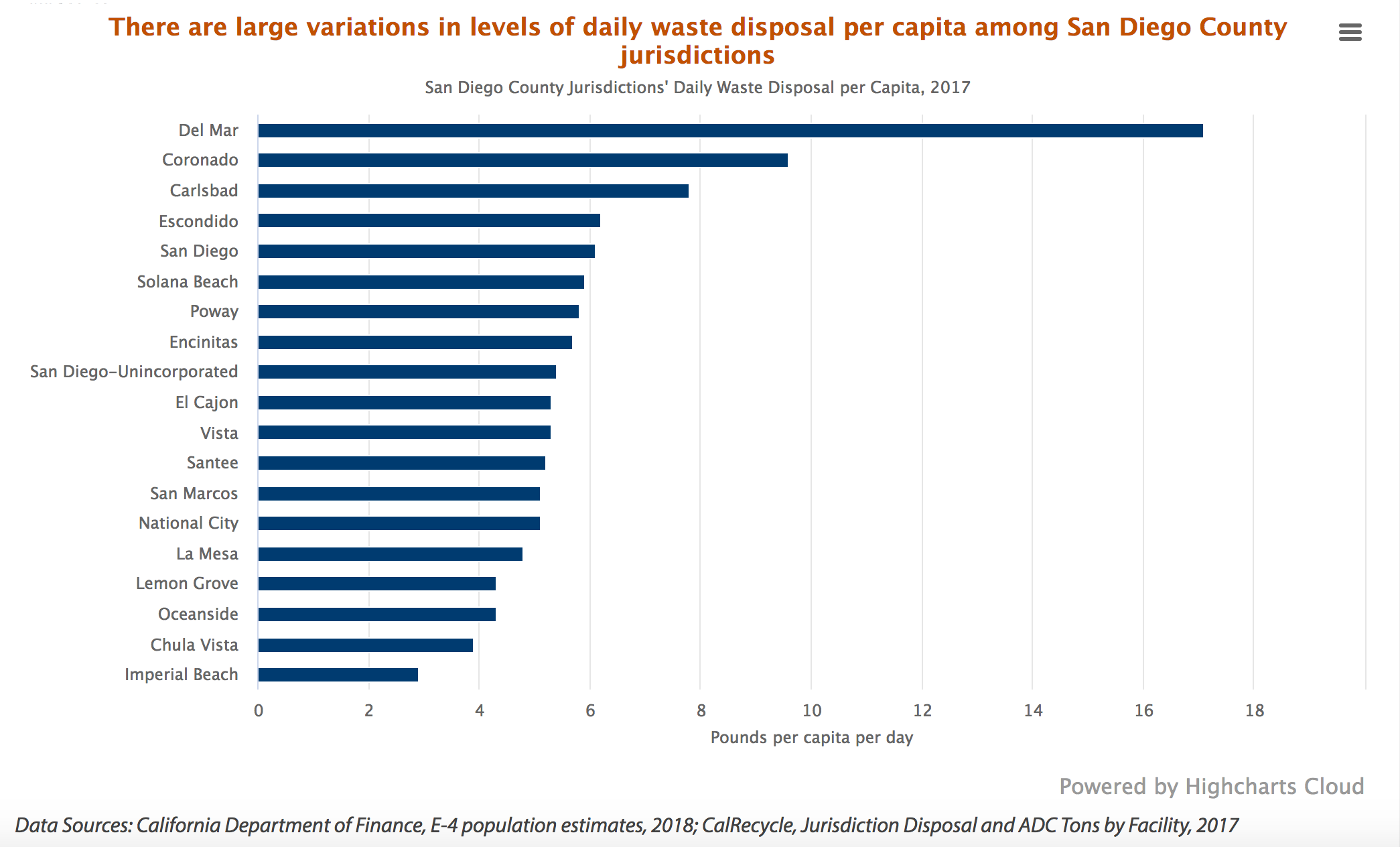 More trash means more greenhouse gasses released and less landfill space. As for the biggest trash makers, Del Mar comes in at more than 17 pounds per person, followed by Coronado and Carlsbad. The Del Mar Fairgrounds and Naval Base Coronado are among several possible factors.

"The higher the socioeconomic level, the more waste they will tend to produce," said Silva-Send.

The cities tossing the least amount of trash per person are Oceanside, Chula Vista, and Imperial beach.

The biggest increase for trash disposal happened in Santee, while the biggest year-to-year decreases were in Imperial Beach and National City.

The waste report is part of the Equinox Project's annual Quality of Life Dashboard report, which provides a snapshot of economic and environmental trends in the region.