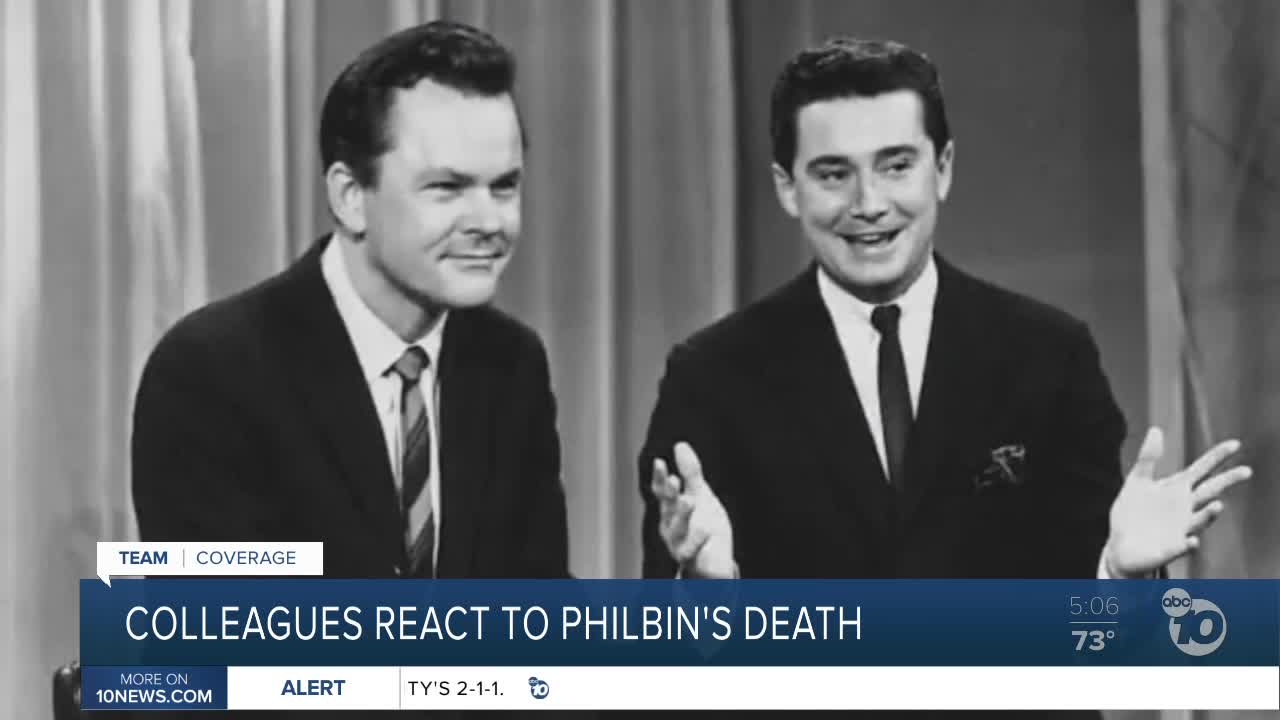 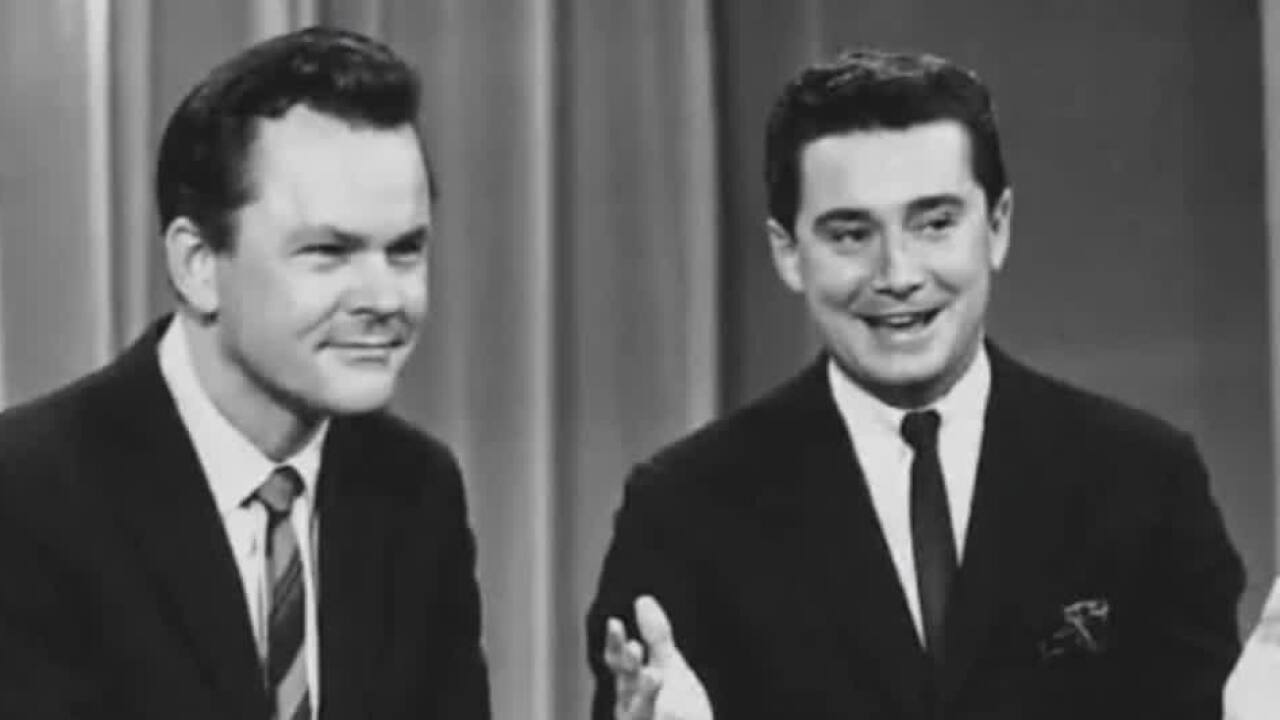 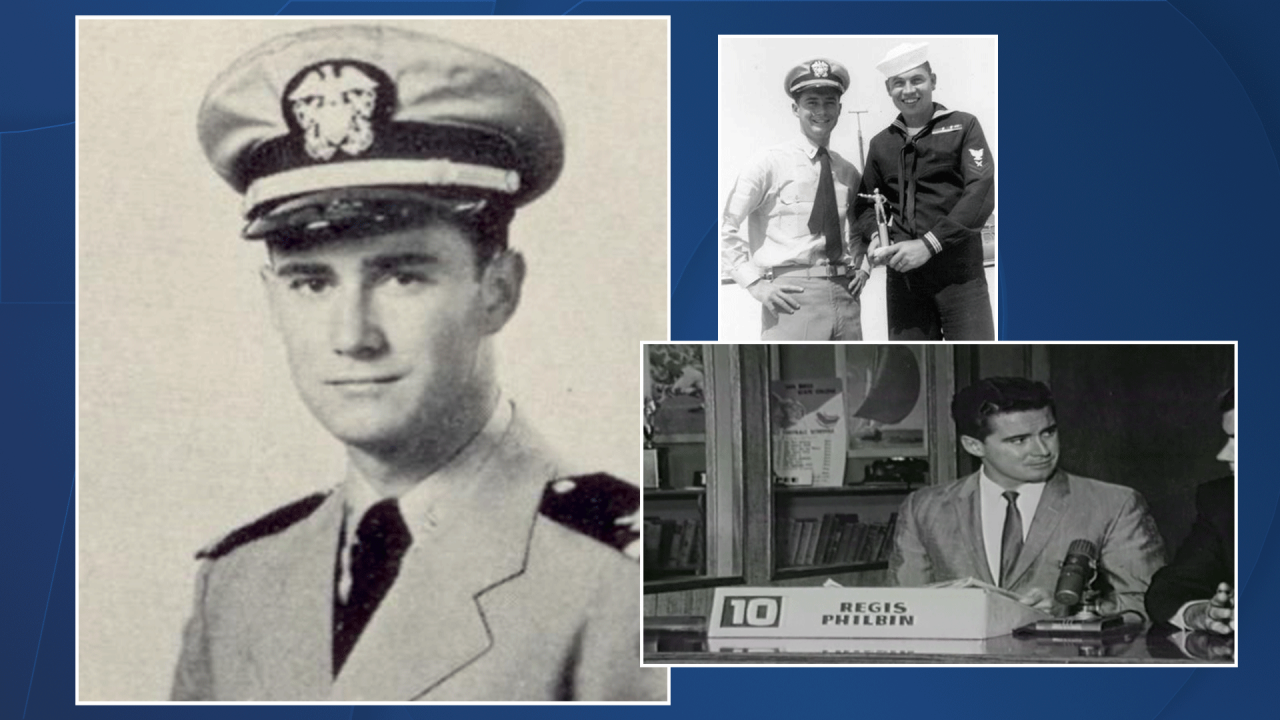 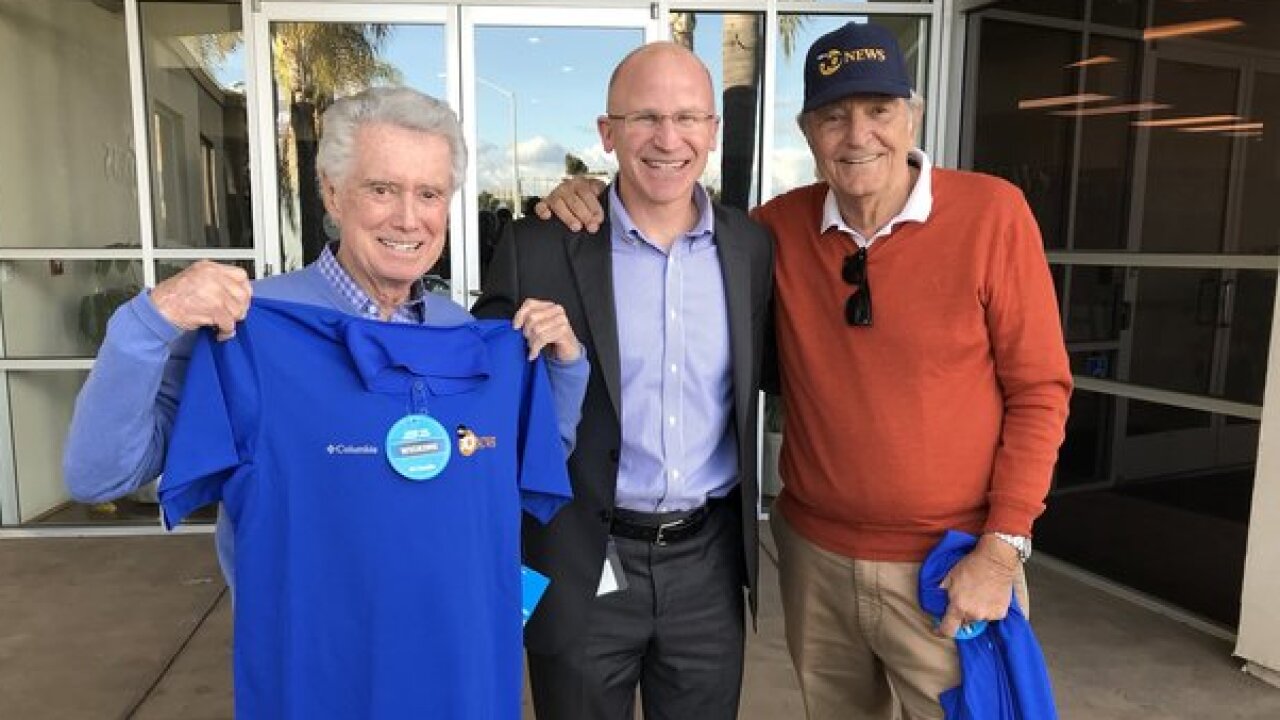 According to a family statement obtained by PEOPLE, Philbin passed away from natural causes Friday night.

Philbin returned to his roots in 2018 with a visit to 10News.

After a stint in the United States Navy, he moved to San Diego where he launched a career in broadcast.

The icon was briefly a news anchor in San Diego when Channel 10, at the time known as KOGO, approached him about taking over as an anchor of the evening news.

"This was the beginning of it all," Philbin said upon beginning his tour. "It really was."

Shortly after, Philbin landed his first talk show, "The Regis Philbin Show," which was filmed in the ABC 10News studios where the current newscasts are produced.

Philbin acted as his own writer, producer, and show guest booker. He was able to book many top celebrities including Jerry Lewis, Ronald Reagan, Danny Thomas, and Liberace.

"The show became a big hit so it was time to go to Hollywood, I guess, so I did," said Philbin.

Philbin moved his show to Los Angeles, before being hired in 1967 as the sidekick for a national talk show, "The Joey Bishop Show." The move catapulted his stardom garnering him national attention.

Television audiences across the country started to tune in to Philbin's zestful personality, warmth, and signature self-deprecating humor leading to ratings success on his show "Live!". For nearly three decades, he shared co-hosting duties on the show alongside Kathie Lee Gifford and Kelly Ripa before he left in 2011.

He also made a mark on primetime television as host of the popular game show, "Who Wants to Be a Millionaire?" Philbin holds the Guinness World Record for most hours on television.

Laura Cain, a long-time local radio traffic reporter, met Philbin in 2001 when she won a contest and got the opportunity to fly to New York and be his co-host for the day.

Cain says it was his friendly personality, that she’ll remember most.

"It brought back all the memories of when I hosted the show with him and what a great person he was I’m sad. I’m really sad,” says Cain. "He was the most kind man. He was a small man. But so handsome and I just remember thinking after I had left that I had known him my whole life. That’s how he made you feel. I felt equal to him. It was a special moment for me."

And that’s the same way Fred Norfleet described Philbin, who he worked with for years as a stage manager on his San Diego morning show.

"I’m sure he had a heart for San Diego you now. Everybody knew him. Everybody liked him. I can’t think of anybody who would ever say a bad word about Regis Philbin," Norfleet said.

Norfleet says he's sad to hear of Philbin's passing but adds he's glad he got the opportunity to work with him, as he truly was one of a kind, who had a big heart, and a smile no one can ever forget.

Watch video of Philbin's visit to 10News below: