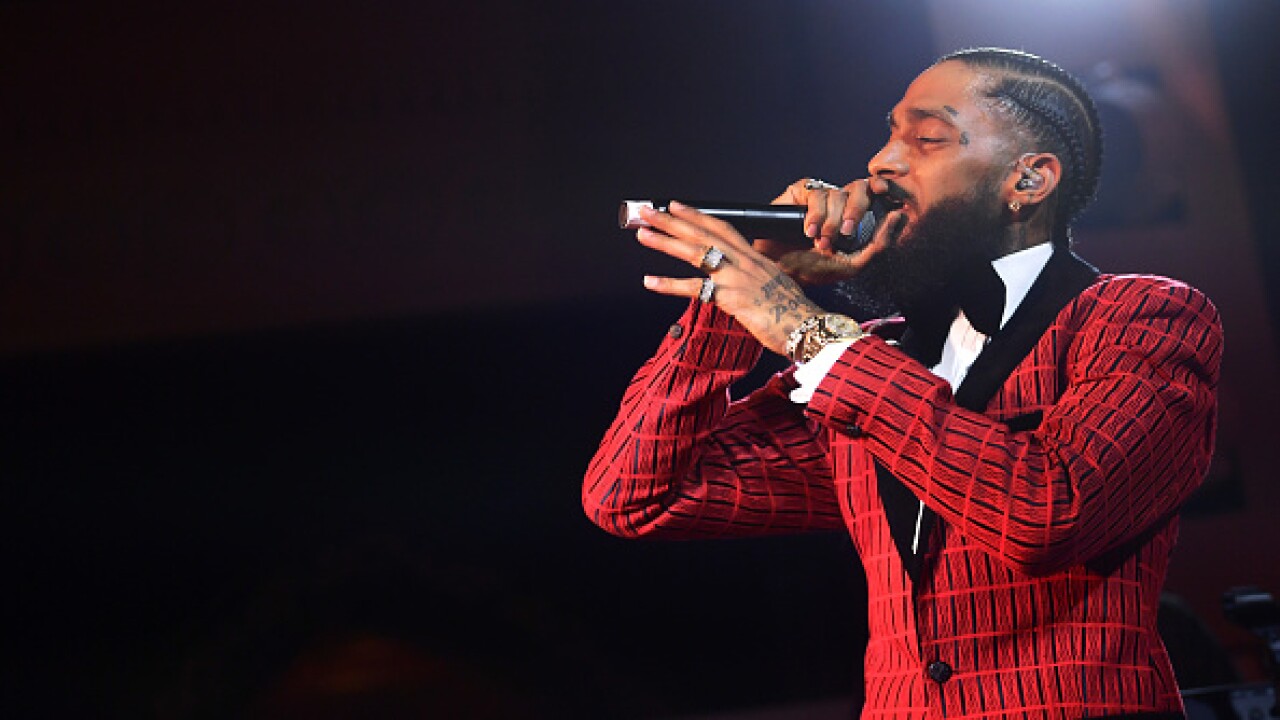 LOS ANGELES (CNN) -- Rapper Nipsey Hussle has died after a shooting near a clothing store he was associated with in Los Angeles, according to a high-ranking law enforcement official with the Los Angeles Police Department.

Two other people were injured in the shooting around 3:20 p.m., according to the department.

The incident occurred near a clothing store around the area of Slauson Avenue and Crenshaw Boulevard.

All three victims were transported to a hospital, where one of them was pronounced dead, according to police. The other two were in stable condition, police added.

In a tweet, the department said it has no information about the suspect.

The rapper's last message on Twitter read: "Having strong enemies is a blessing."

In 2010, Hussle founded the record label All Money In, which he debuted with the release of "The Marathon," the rapper's fifth official mixtape. His 2013 "Crenshaw" release sold more than a thousand cassettes each priced at $100, according to his Press Atlantic Records biography.

The next year, he performed across the country in his Crenshaw Tour.

He made moves outside the music industry, too. Last year he launched the first Marathon Clothing smartstore at 3420 W. Slauson Ave. in Los Angeles. He also owns The Marathon Agency, SC Commercial Ventures, Proud 2 Pay and All Money In No Money Out Records, according to Press Atlantic Records.

His Facebook says Hussle was "a devout member of the Rolling Sixty Crips," a national street gang that was founded in Los Angeles in the mid-1970s.

His page lists Ice Cube, Snoop Dogg and Tupac as some of his influences.

After news of his death, dozens of celebrities expressed their shock and condolences on social media.

"My spirit is shaken by this," Rihanna wrote on Twitter. "Dear God may His spirit Rest In Peace and May You grant divine comfort to all his loved ones! I'm so sorry this happened to you."

Pharrell Williams wrote Hussle was about "something.. positive and for your community in every chance you had to speak.. and because of that You inspire millions.. millions who will uphold your legacy forever."

Drake, who had collaborated with Hussle, said on Instagram he had recently met with the artist for the "first time in years" and they said they would work on a new song together this summer.

Other artists, including Chance the Rapper, Meek Mill and J. Cole, also took to social media to say their final goodbyes, along with athletes Stephen Curry, LeBron James and Colin Kaepernick.