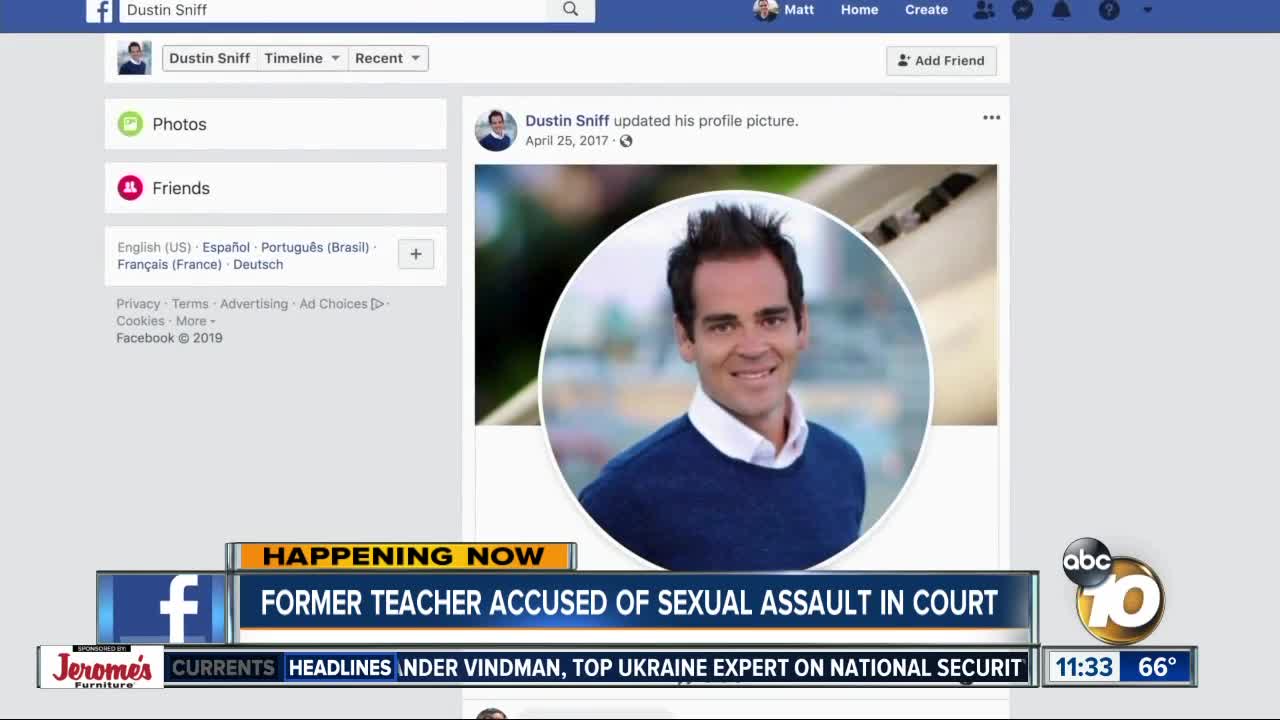 A hearing was held in El Cajon.

Dustin Sniff, 38, was previously a bible and film teacher at Christian High School in El Cajon. He was arrested in May 2019 on suspicion of sexually assaulting young women, including two girls who were students at Christian High.

Authorities said the alleged victims are between the ages of 16 and 22.

Charges against Sniff include rape by force/fear and oral copulation by force.

According to authorities, Sniff is believed to have met some of the alleged victims through the Model Mayhem website, which pairs photographers and models.

During testimony on Tuesday, one alleged victim said Sniff told her he was a modeling scout. She also testified that Sniff bought her things like a cell phone to convince her to spend time with him.

The preliminary hearing is expected to last two days with additional witness testimony.

Following the hearing, the judge will decide if there is enough evidence for Sniff to stand trial.