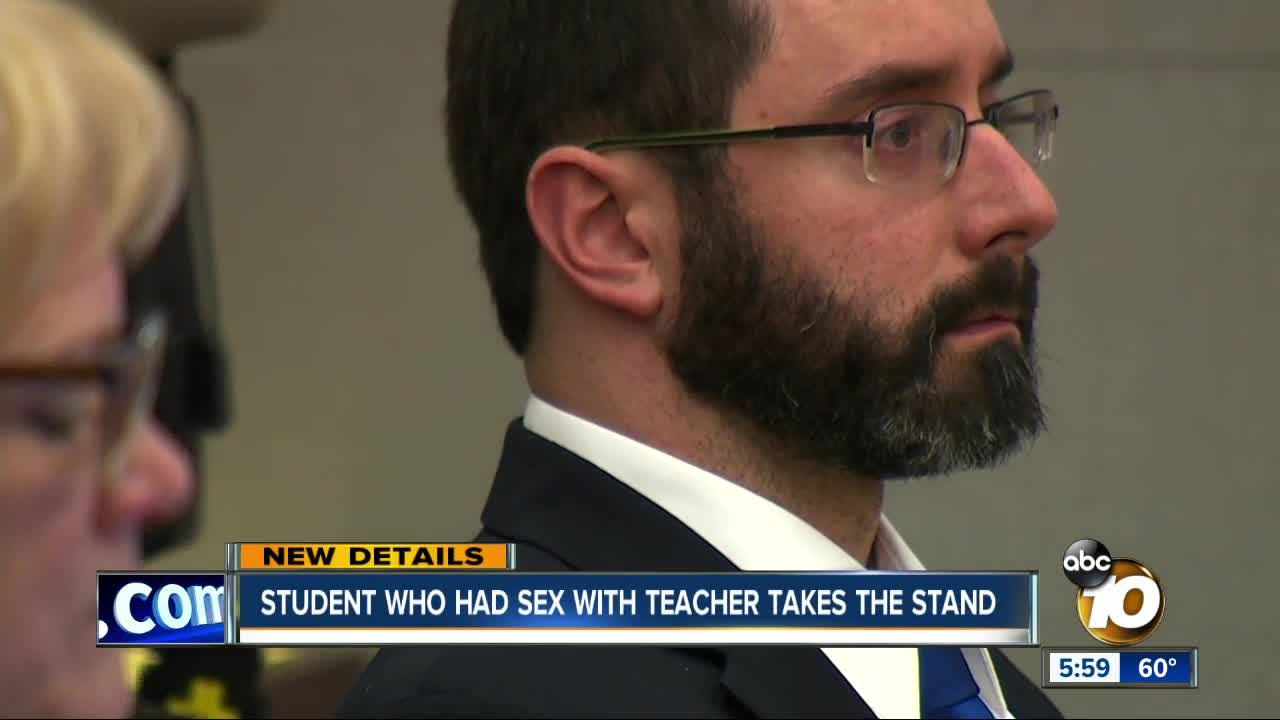 A student who had sex with a teacher took the stand Monday.

SAN DIEGO (CNS) - A woman testified today that while she was a 17-year- old student at La Jolla Country Day School, her teacher began a sexual relationship with her that stretched through the end of her senior year and into the months following her graduation.

Jonathan Sammartino, the 36-year-old son of U.S. District Judge Janis Sammartino -- is accused of engaging in a romantic/sexual relationship with "Jane Doe'' between April and September 2016. He's charged with statutory rape, oral copulation of a minor and digital penetration of a minor and faces four years and four months in state prison if convicted of all charges.

The alleged victim took the stand as Sammartino's preliminary hearing got underway to determine whether there is enough evidence to proceed to trial. The hearing will resume at a future date, with the scheduling of defense witnesses to be determined on Tuesday.

Doe, now 21, testified that the first sexual encounter happened in the early part of 2016, when Sammartino arrived at her home unannounced at around midnight. She said she went outside to meet with him in his car, at which point he told her he didn't trust himself around her.

Sexual encounters allegedly occurred that night in his car and on several other occasions in his vehicle and his house over the next few months, but Doe said she confided in a friend who convinced her to break it off with Sammartino.

She testified he responded by threatening suicide and self-harm. In the summer of 2018, she filed a crime report with the UC Berkeley Police Department, where she attends college. In a recorded phone call played during the hearing, Sammartino admitted the past romantic/sexual relationship with the alleged victim.

"Why did you do it? You knew I was 17?'' Doe asks. "You knew I was your student. You knew it was my first time and I lost my virginity to you.'' "I don't have a good answer, because I wasn't thinking through what I was doing,'' he replies, apologizing to Doe several times throughout the call.

"I can't believe that I did that.'' The hearing also touched on a bicycling accident Sammartino had in 2015, in which he hit a pothole while riding in La Jolla and landed on his head, according to his attorney, Gene Iredale. Sammartino was hospitalized and placed in a coma and had to re-learn some functions before going back to the classroom, according to the defense lawyer.

Prior hearings in the case covered whether a brain injury severely affected Sammartino's ability to regulate his emotions and make reasonable judgments, otherwise known as social disinhibition.

Charges were filed in September 2018, as Sammartino completed his first week teaching an Advanced Placement psychology class at the Harker School in San Jose.

According to his LinkedIn profile, Sammartino taught at La Jolla Country Day School from 2012 to 2016 and then at the French American International School in San Francisco before moving on to the Harker School.