Post Office in Poway to be named after Pearl Harbor survivor 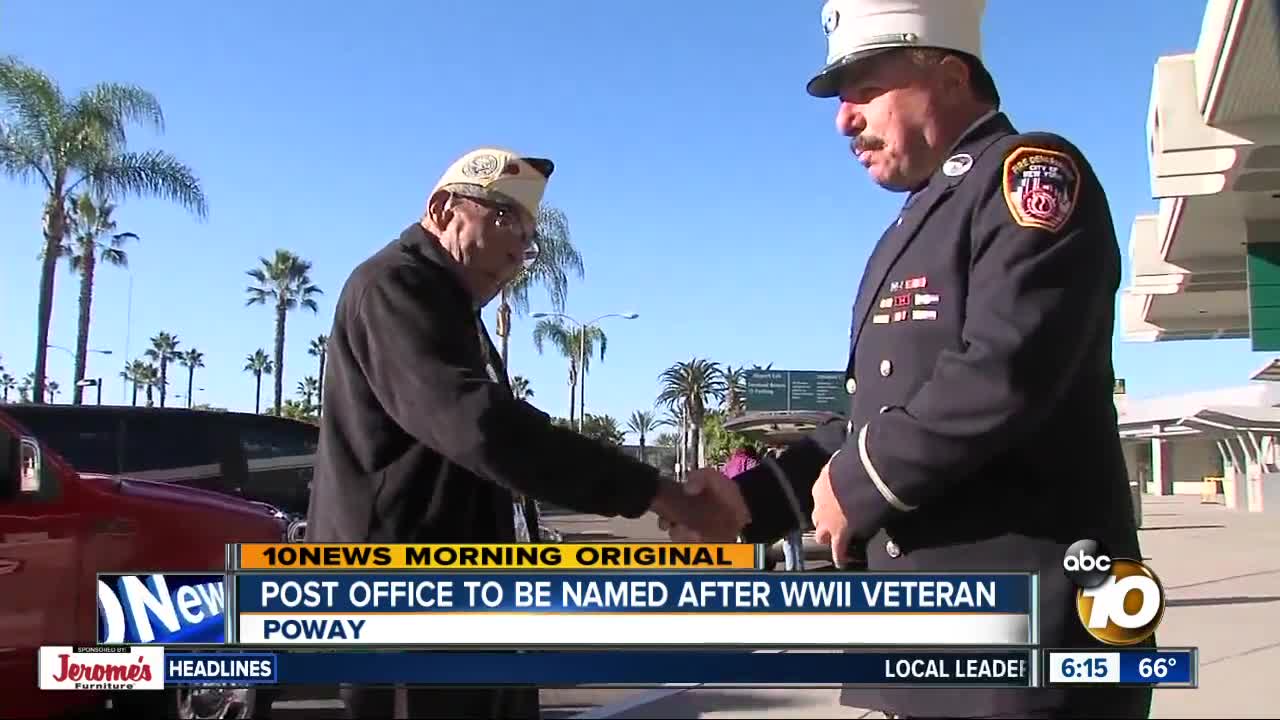 California Representative Scott Peters wants to name a post office in Poway after Ray Chavez, who was the oldest living Pearl Harbor survivor when he died last year. 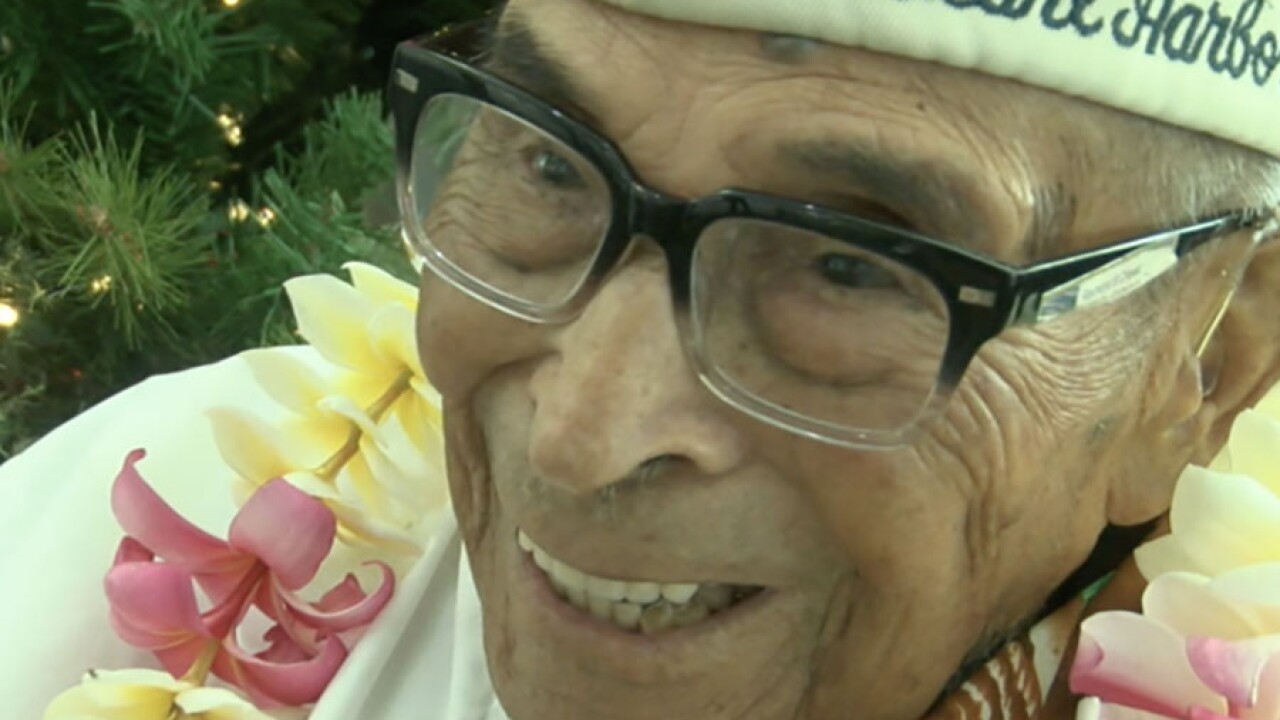 POWAY, CA (KGTV) - A post office in Poway could soon be named after Ray Chavez, who was the oldest living Pearl Harbor survivor when he passed away in 2018.

Wednesday, California Representative Scott Peters will announce legislation to make the change. He says it's backed by every member of California's Congressional delegation.

Chavez served in the Navy and was stationed on the USS Condor minesweeper on December 7, 1941. After the Japanese fighter planes attacked, he spent 9 days searching the water for enemy subs and wreckage of sunken US ships.

Over the last few years, Chavez had been a staple of WWII and Pearl Harbor commemoration ceremonies, even flying to Washington DC to meet with President Trump in the spring of 2018.

It takes an act of Congress to name a Post Office. In a news release, Peters' office says that a handful of local leaders from the City of Poway, the Post Office and military groups will gather at the Post Office on Midland Road to show their support and urge Congress to approve the change.

"He didn’t grab the spotlight, the spotlight came to him," says Mark Balmert, the President of the San Diego Military Advisory Council. "He accepted that, and he did a great job of telling people what it was like to be part of the Greatest Generation."

People in Poway say they'll be proud to go to a Post Office named after a local hero.

"Every day people will see his name there," says Karen Simonich. "He’s a survivor who lived a long life. It’s an honor for him and I think people will appreciate his name being remembered that way."

"It’s terrific," says Len Holyk. "It's a big honor for him and his family and for all the vets out there that served the country."

Balmert says he hopes the change will inspire more people to learn about Chavez and the legacy of WWII Veterans.

"He was always proud to be an American and proud to serve and very humble about it," says Balmert.