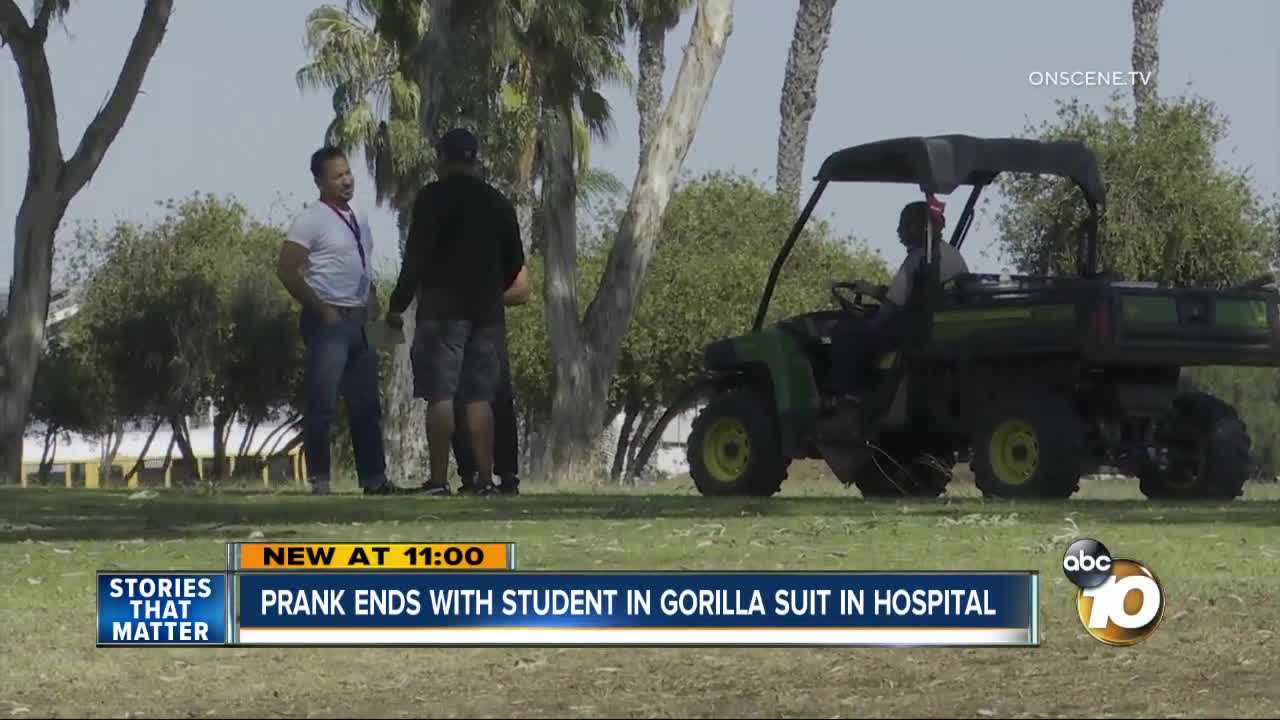 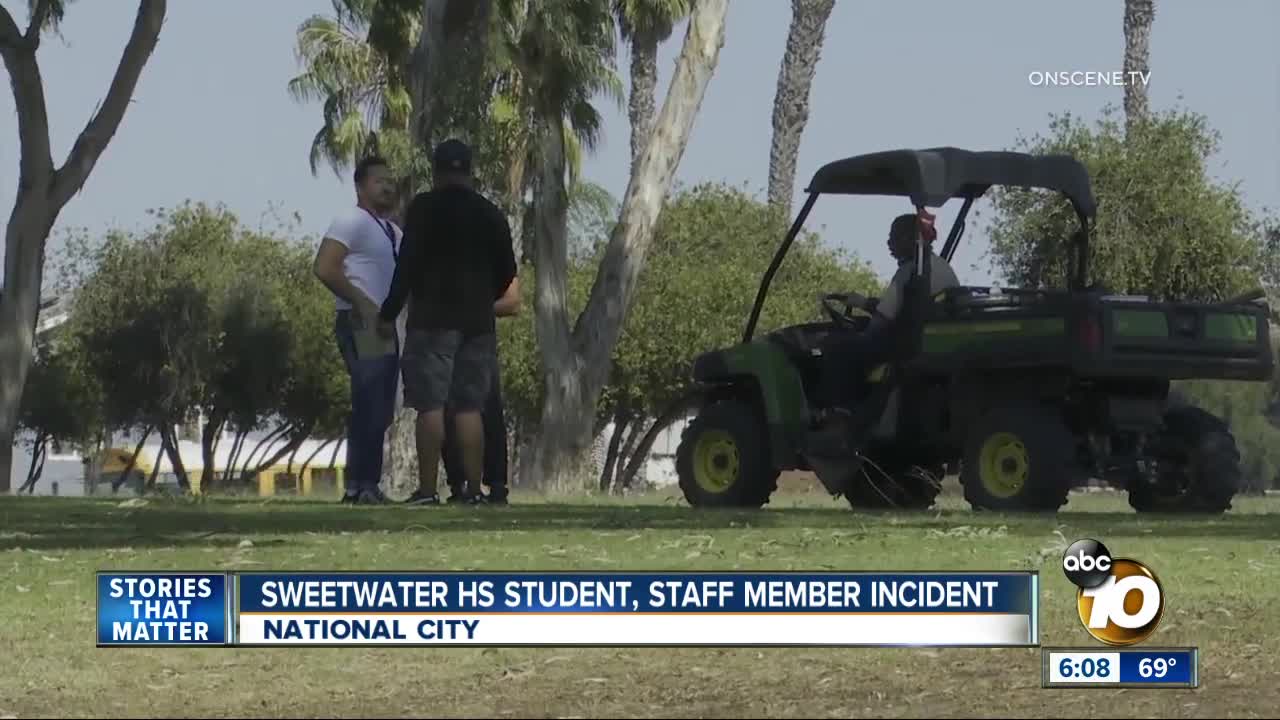 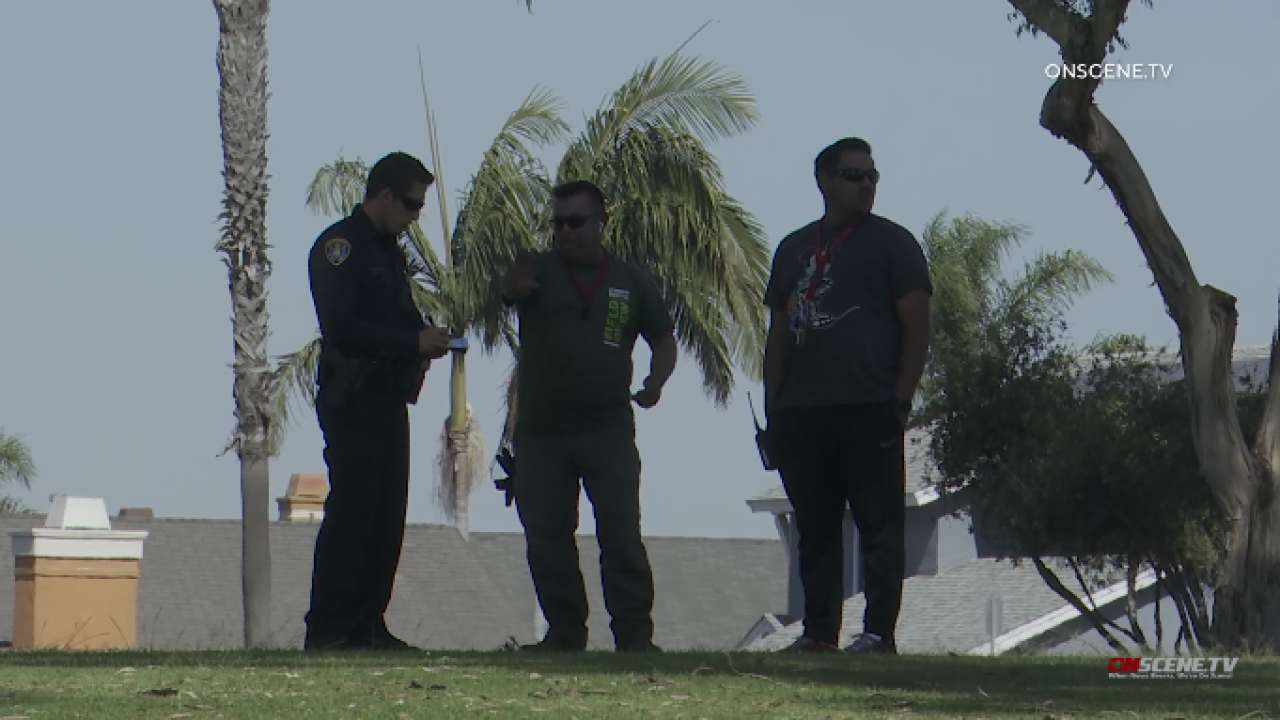 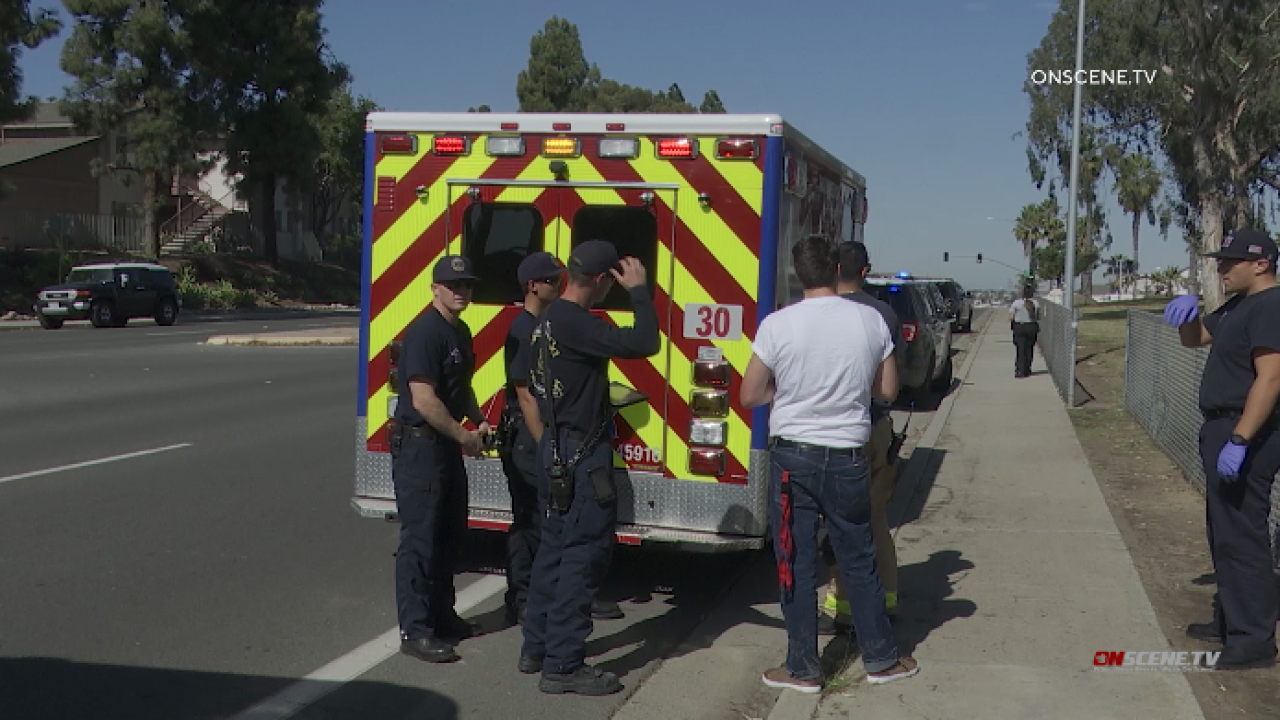 SAN DIEGO (KGTV) -- A Montgomery High School student wearing a gorilla costume was hospitalized on Halloween after being hit by a golf cart in Otay Mesa West.

According to San Diego Police, the student reportedly cracked an egg on the assistant principal's head before running across the street to a nearby park.

Police say staff members at the school chased the student in a golf cart.

During the chase, police say there was some sort of fight between the staff members and student before there was “some type of contact” between the student and golf cart.

The student was taken to the hospital with unknown injuries.

Police say they’re investigating the incident as a battery, but it’s unclear whether or not the student or any staff members will be charged.

A spokesperson with the Sweetwater Union High School District responded with the following statement:

We are still gathering information on this incident that happened off campus. SDPD has more information than we do at this point and there is not much more we can provide comment on at this time.