'The Preserve' is bordered on three sides by preserve land 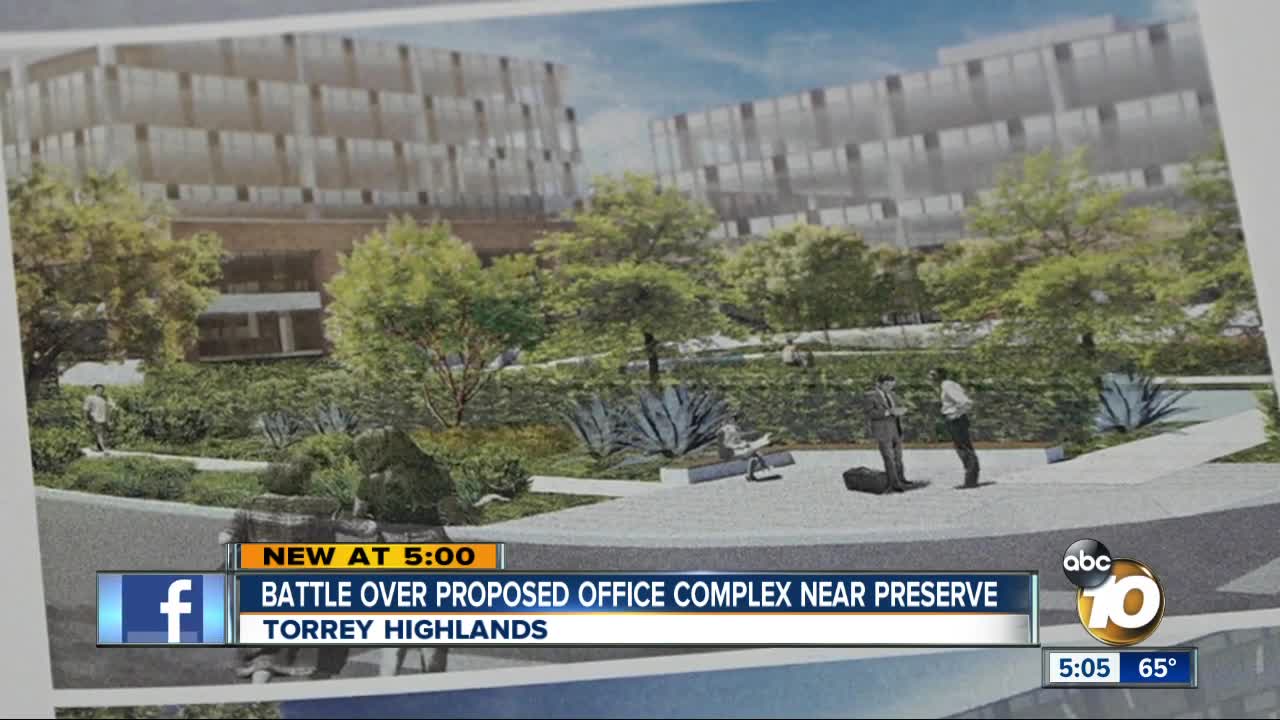 A proposed office complex near a Rancho Penaquitos preserve has moved on to a City Council vote — though a recent size reduction is not enough, opponents say. 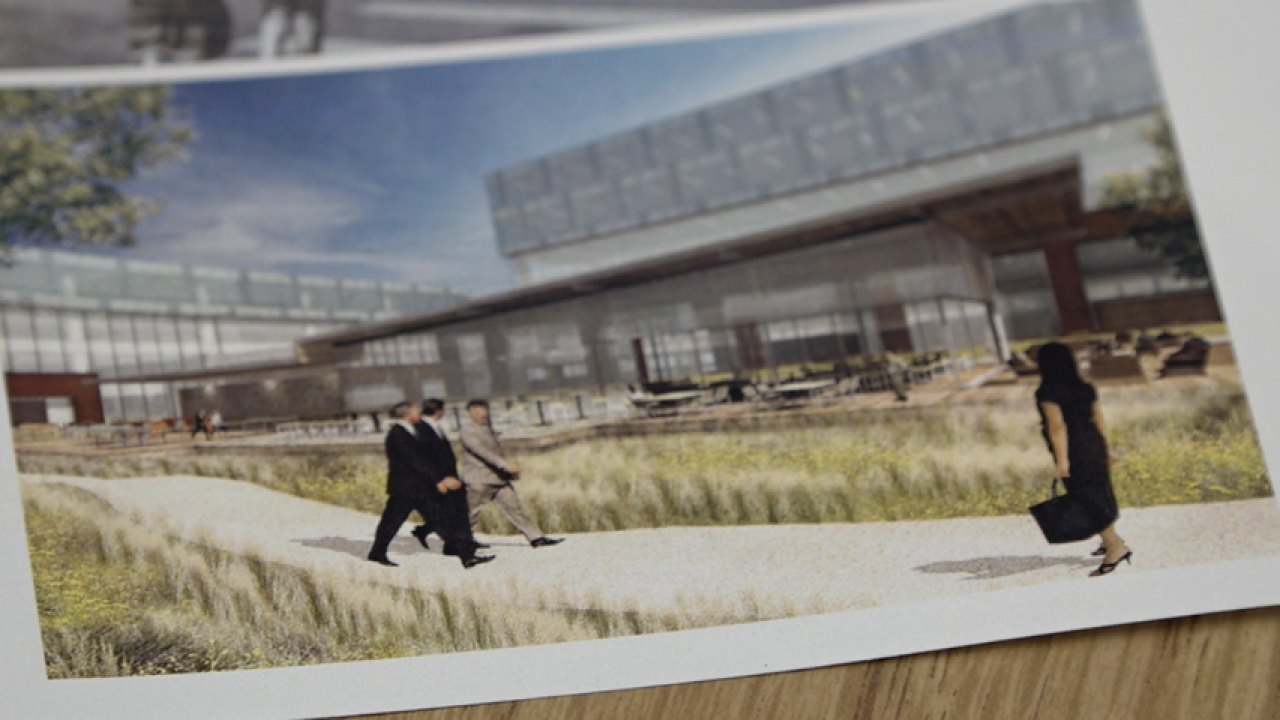 The site in question is an 11-acre site just south of SR-56 near Camino Del Sur, surrounded on three sides by the Del Mar Mesa Preserve. Cisterra Development plans to build a 450,000-square-foot office complex, including a 7-story parking structure.

"Right now, San Diego is on the verge of a shortage of employment-suitable land for the kinds of innovation economy jobs that ... are coming to San Diego now. We need large lots of space for companies like Apple, Google, and Microsoft ... We try to bring homes near jobs, but we also need to bring jobs near homes. There are thousands of homes in the area," said David Dick of Cisterra Development.

According to Cisterra, the project will lead to more than 1,900 jobs, described as "permanent and high-wage."

Darshana Patel, a member of the Rancho Penasquitos Planning Board, is skeptical. She points to a nearby, even-larger office complex approved in 2013.

"It's approved, graded, and no one's interested. Also, these jobs are highly specialized. It's no given that our neighbors will fill these positions," said Patel.

What Patel is sure of are the other impacts of the project, from more traffic in a highly congested area, to environmental impacts. One by one, dozens sounded their concern at a Planning Commission meeting, including members of planning, environmental and recreational groups. The connected preserves include protected vernal pools.

"It will permanently negatively impact one of the last remaining untrampled areas of native habitat and open space in San Diego," said Susie Murphy, Executive Director of the San Diego Mountain Biking Association.

"We are going to have human activity in the preserve. We'll have animal activity that will have to maneuver around it. It's a big concern," said Patel.

"It doesn't intrude into the preserve. The way it's designed protects against intrusion into preserve," said Dick.

In the end, the commission unanimously voted to recommend the project with a modest reduction to the size. The proposed zoning change now moves on to the full council for a vote.

Opponents say the size reduction is not adequate and say all options, including legal action, are on the table.