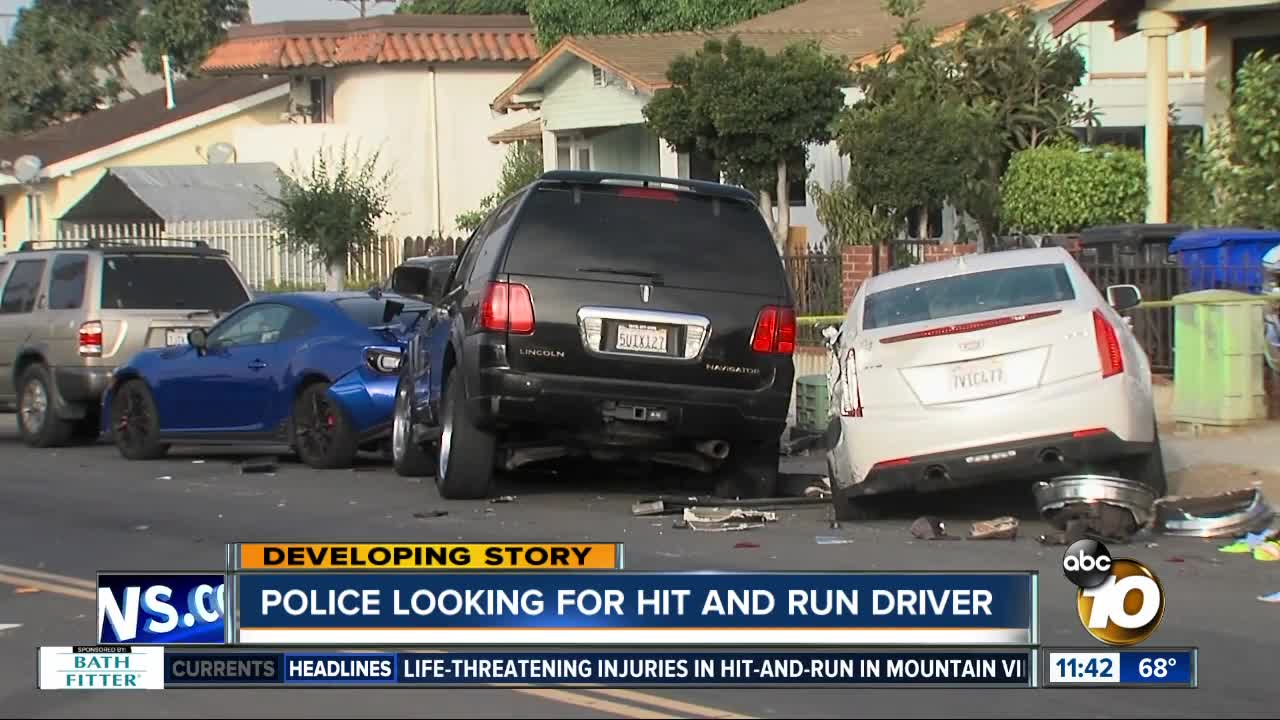 The man left the scene in Mountain View. 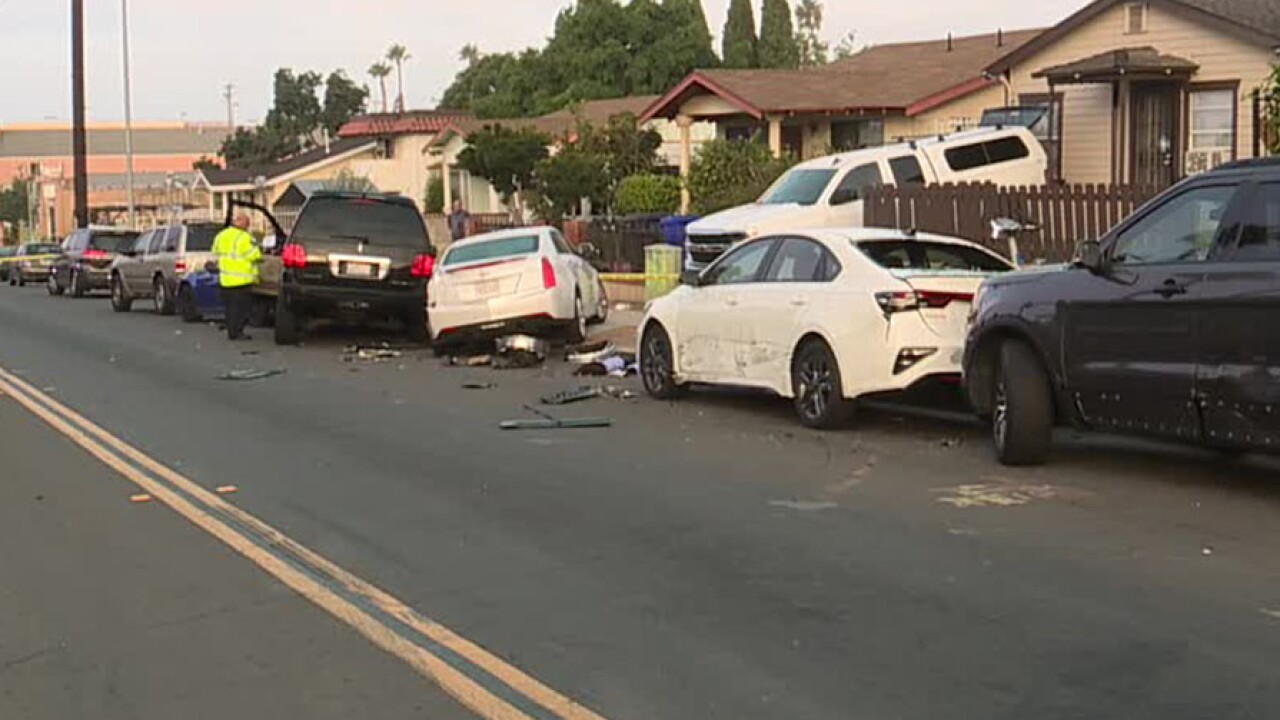 SAN DIEGO (KGTV) -- Police are searching for a driver who fled the scene after hitting a man and several parked vehicles in the Mountain View area Thursday morning.

The incident was reported shortly after 6:30 a.m. in the 3600 block of National Avenue, near 36th Street, according to San Diego police.

Details on what led to the crash were not immediately available, but police confirmed a man getting into his car was hit by a black Lincoln Navigator SUV. The SUV also struck at least three other vehicles before coming to rest.

10News learned the victim was rushed to the hospital after suffering a serious head injury and spinal fracture. His condition was unknown as of 12 p.m.

Witnesses told police the Navigator’s driver ditched the SUV and ran away following the wreck. The driver was described as a 5-foot-7-inch tall man in his 30s with a heavy build.

Resident Kimberly Rodriguez said she heard a loud bang and went outside to see what happened. After seeing the wreckage, she ran back into her house to call 911.

According to Rodriguez, the driver was standing next to his SUV while the victim lay on the ground. She told 10News the driver was wearing a safety vest, adding, “I don’t know if he was coming from work or going to work. He looked kind of disoriented.”

By the time she got off the phone with 911 dispatchers, the SUV’s driver fled the scene.

Police gathered physical evidence at the scene and collected surveillance footage from a camera belonging to Rodriguez.

Due to the investigation, police blocked both directions of National Avenue between 35th and 43rd streets for several hours.

Serious injury hit and run investigation in the area of 3600 to 3700 National Avenue. Traffic is closed in both directions for the investigation. Anyone with information should call 619-531-2000. Let’s work together to find the person responsible. pic.twitter.com/qCwEFTFuCr