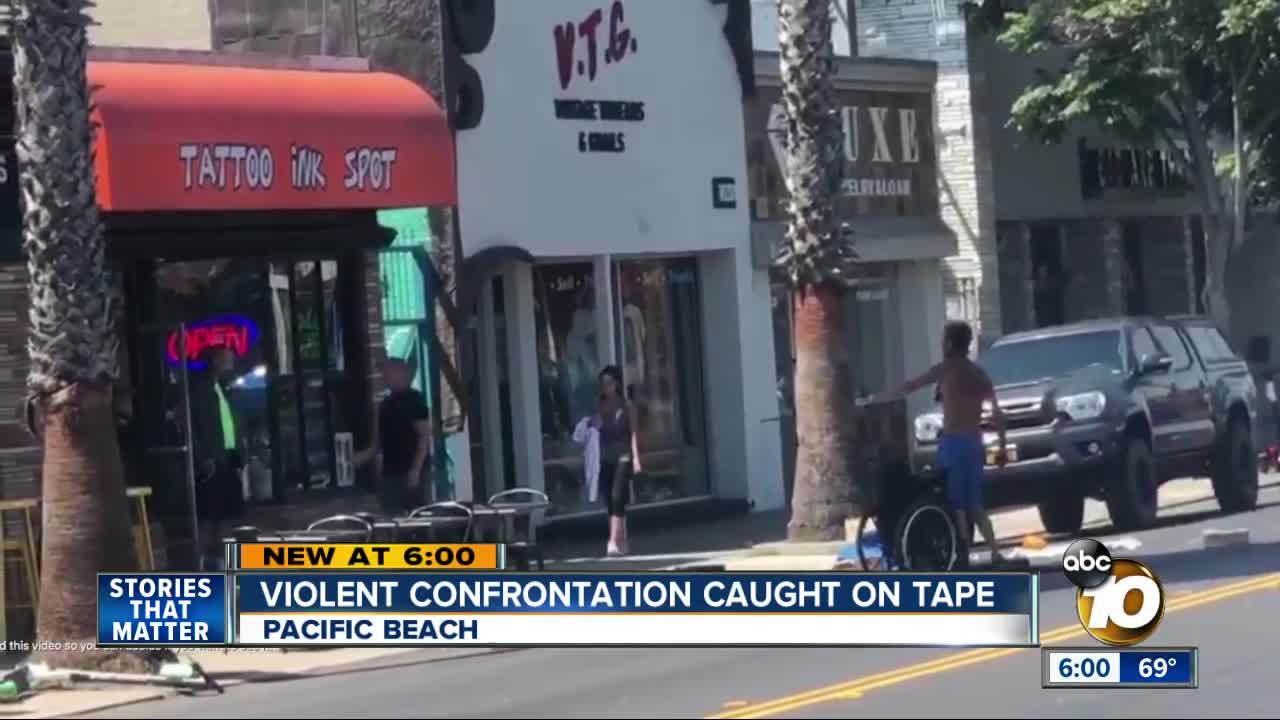 You can see someone come out of B-Mo's Sandwich Shop on Garnet Avenue and push a table into a shirtless man's head, then begin throwing his belongings into the street.

10News reached out to the owner of B-Mo's but were told he wasn't available for an interview Thursday.

"If you look at the video you can tell it's at the point of escalation," said Mike Bremer, who owns a nearby tattoo shop.

Bremer says while he might not agree with how things played out, he understands how it could happen.

"I don't condone using that kind of violence I'm here to support because something needs to be done," Bremer said.

Bremer and other locals said they deal with issues related to the homeless on a near daily basis and it can make doing business difficult.

A spokesperson for SDPD said officers were initially called out when the confrontation happened but the homeless man wasn't cooperative and the other man didn't want any further action taken.

Police said Thursday in light of the video evidence they've now opened up a criminal investigation into the incident. It's unclear if anyone will be charged.