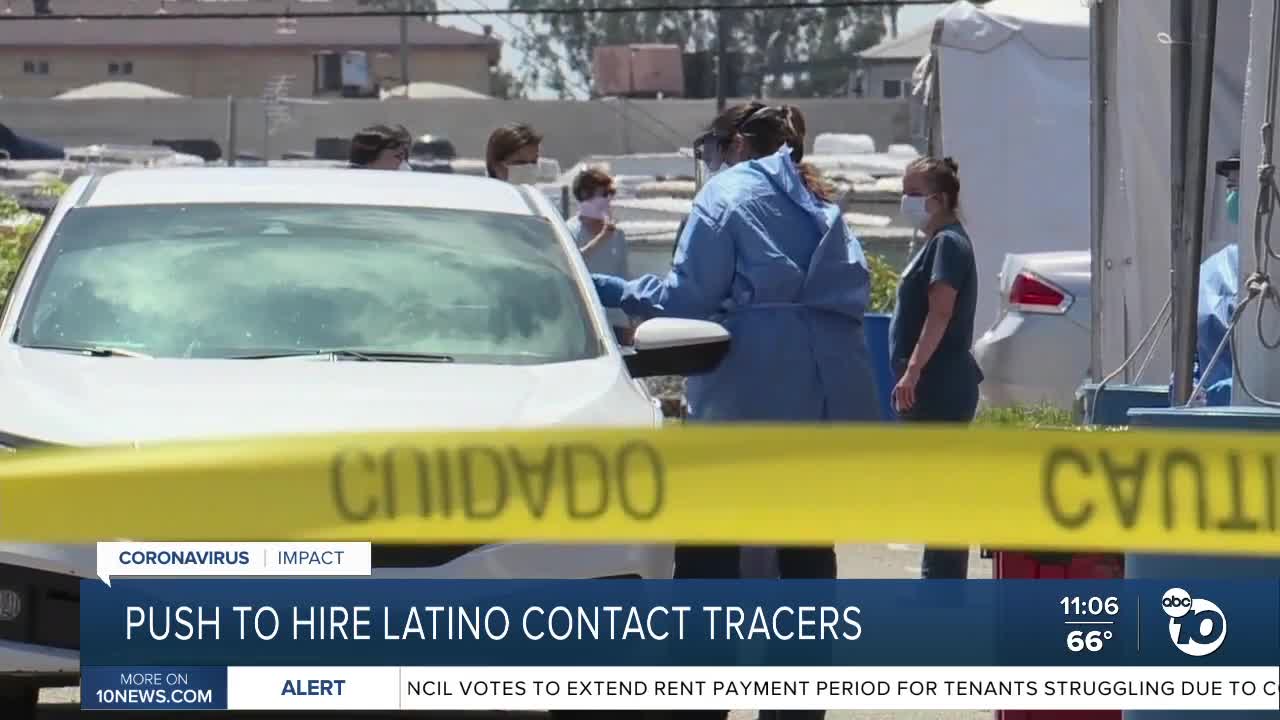 SAN DIEGO (KGTV) -- The Chicano Federation is once again calling on San Diego County officials to do more to help curb the high numbers of COVID-19 among Latinos.

On Wednesday, the organization released a statement regarding county numbers breaking down the number of contact tracing hires by ethnicity. Of the county's recent hires, 144 are Latino or Hispanic, that makes up 25.5% of the hires.

Chicano Federation President and CEO Nancy Maldonado said county officials had told them they would hire people from within the community, that spoke Spanish, to serve as contact tracers.

However, in Wednesday's statement, Maldonado said, "They lied."

Maldonado has been an outspoken critic of the county and their response to how COVID-19 is disproportionately affecting Latinos. Data from the county shows there are roughly 34% of Latinos in the county, but they make up 61% of the positive cases.

Maldonado told 10News she is confident the county will get it done, but says she wants to see more action, instead of hearing about plans for what they are going to do.