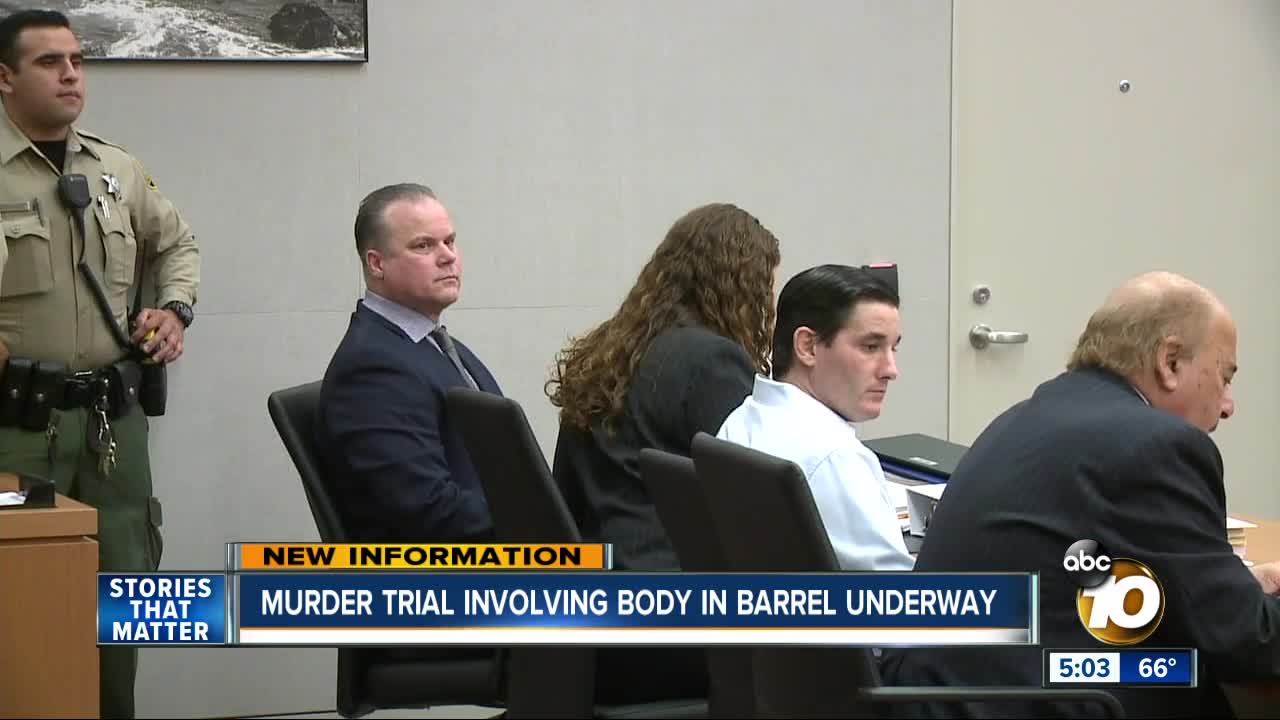 The victim's body was found in a barrel in San Diego Bay. 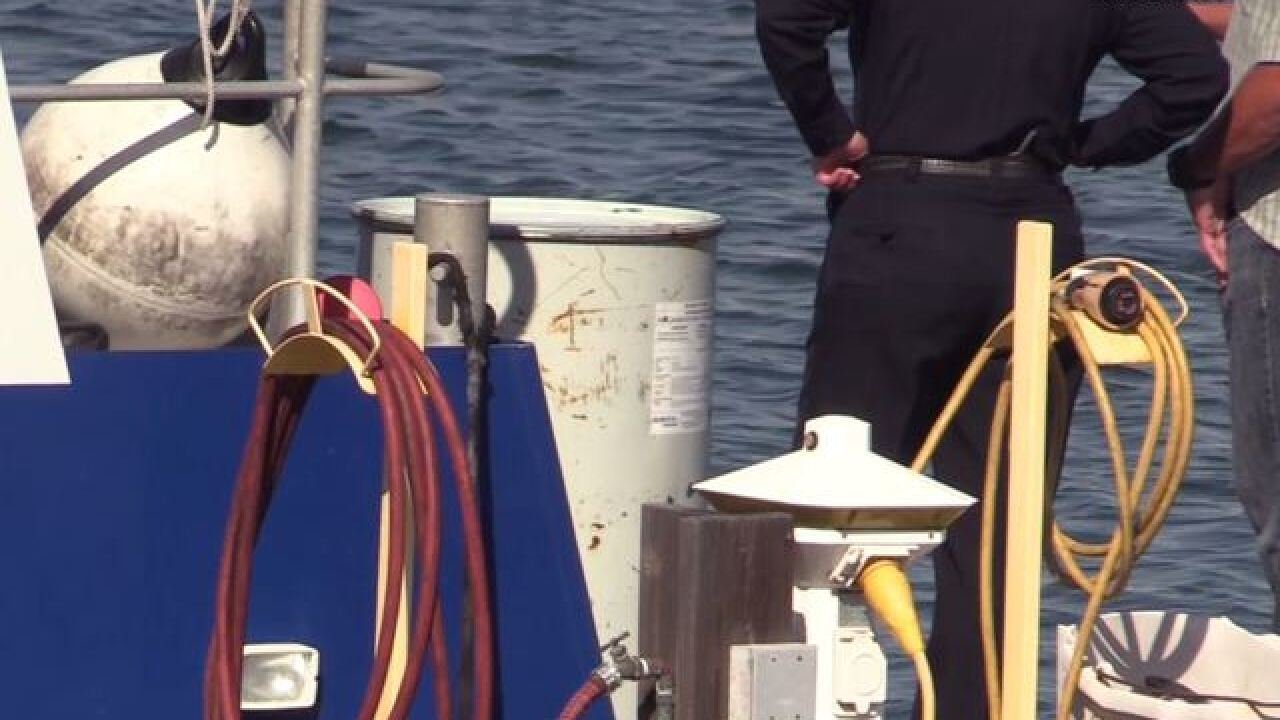 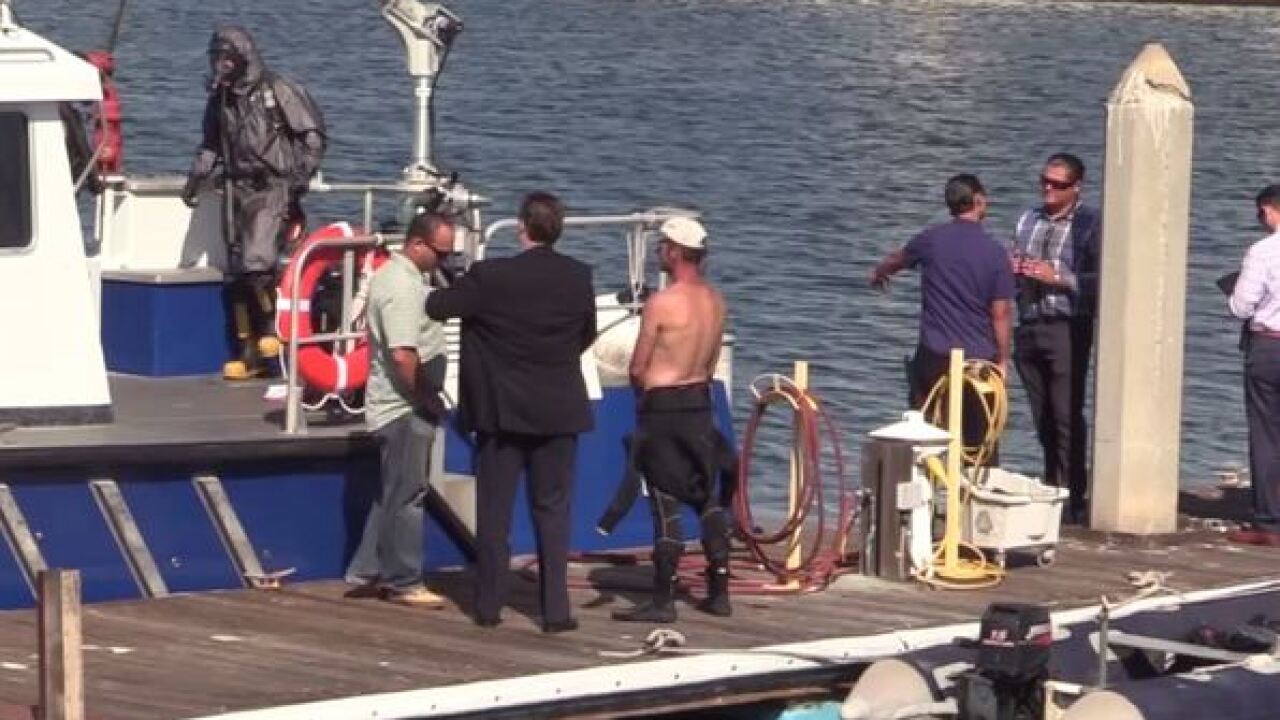 SAN DIEGO (CNS) - A man stabbed his housemate to death in Chula Vista two years ago, then stuffed the victim's body into a barrel that he and another man dumped into San Diego Bay, a prosecutor alleged Tuesday, while defense attorneys maintained that the evidence against their clients was entirely circumstantial.

Timothy John Cook, 54, is charged with the Sept. 30, 2017, murder of Omar Medina, 28, and co-defendant Derrick Spurgeon, 40, is charged with being an accessory for allegedly driving the boat used to dump the victim's body, which was located 12 days later inside the barrel, which had been weighed down by a makeshift anchor made of wire and cinderblocks.

Medical examiners said Medina had been stabbed more than 60 times in the chest, back, neck and head.

RELATED: Man whose body was found in a barrel had been stabbed 66 times; suspect pleads not guilty

Deputy District Attorney Cherie Somerville said in her opening statement that Medina and Cook both worked at a scaffolding business for Cook's younger brother and were living together at a home in Chula Vista.

In a text exchange with his brother, Cook expressed annoyance with Medina over his drinking and sloppy household behavior, leading Cook to eventually kick him out of the house, according to the prosecutor.

Sommerville also noted that Medina had recently come into a substantial amount of money via an $84,000 settlement he received in a lawsuit.

Medina's family never heard from him after Sept. 30, and filed a missing person's report soon afterward with Chula Vista police. Medina's unlocked car was found about a week later on Oaklawn Avenue, not far from the home he shared with Cook on McIntosh Street. Numerous belongings, including his computer and guitar were inside the vehicle.

RELATED: Family of man found in barrel works to find closure, thanks Chula Vista PD for their efforts

During that time period, Cook had told his brother that he was out of town in the Northern California city of Oroville, but Somerville said evidence indicates the defendant never left San Diego County.

Defense attorney Kara Oien countered in her opening statement that there was no hard physical evidence tying Cook to Medina's death, and told jurors the district attorney was relying on circumstantial evidence to come to a false conclusion that her client killed Medina.

The attorney said the prosecution lacked a murder weapon and witnesses to the murder, which allegedly occurred during the daytime hours of Sept. 30 at the Chula Vista home.

Oien said Cook's agitation over Medina's sloppiness was far from indicative of a motive to kill and that Cook would have tried to get closer to Medina if he really wanted his settlement money, rather than kicking him out of their house.

According to the prosecution, Cook enlisted Spurgeon's assistance on Oct. 11 to haul the barrel and dispose of it.

Surveillance footage allegedly captures the men in a green Ford F-150 owned by Cook's half-brother, which is seen towing Spurgeon's boat from El Cajon to the bay. Somerville alleged that a barrel matching the one containing Medina's body can be seen in the bed of the pickup in the footage.

She also said a search of the McIntosh Street home yielded additional indications that Cook was covering up the murder, such as removal of his home's kitchen sink and stripping down Medina's room, which was located in an attached building on the property.

Oien said Cook was merely fixing up the home, and that he had an agreement with his landlord to make occasional repairs in exchange for lower rent.

Spurgeon's attorney, Roland Haddad, said there was no evidence that his client had any knowledge of assisting Cook of disposing Medina's body, if Cook even committed the murder at all. The men exchanged phone calls on Oct. 11, but Haddad said there was no evidence regarding what discussions they had over the phone, nor what was said on the alleged boat ride when Medina's body was dumped into the water.