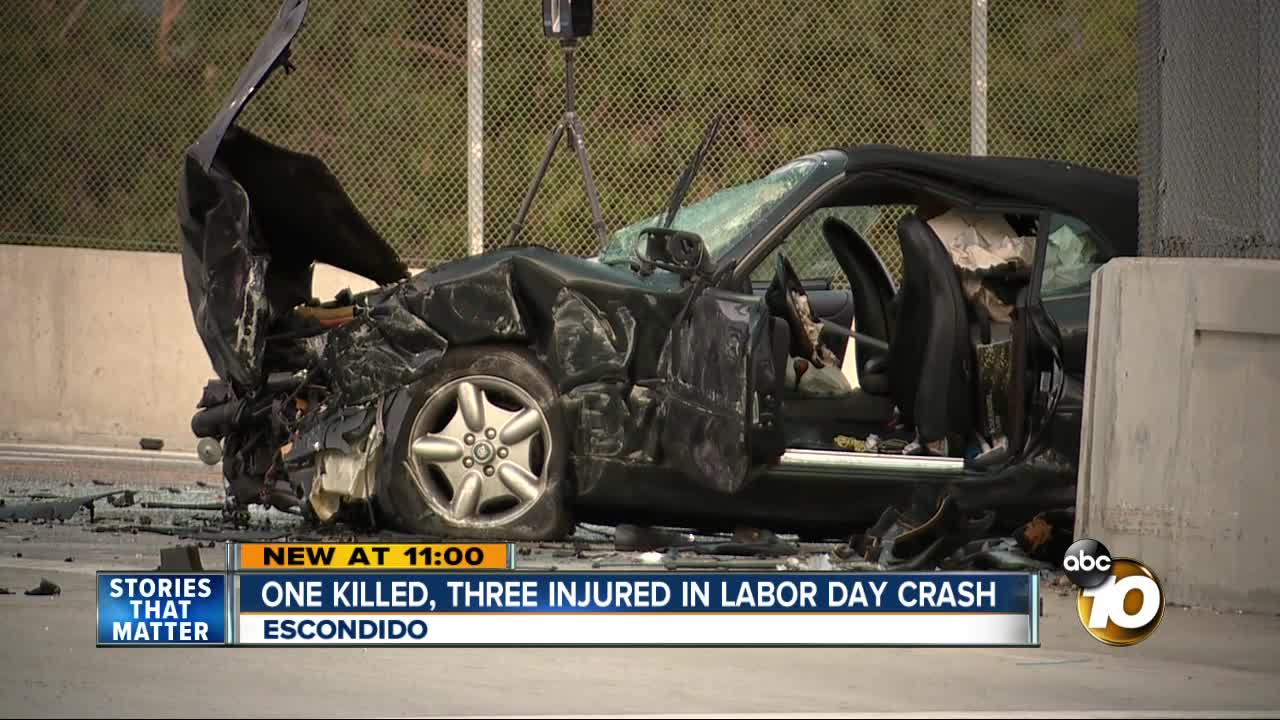 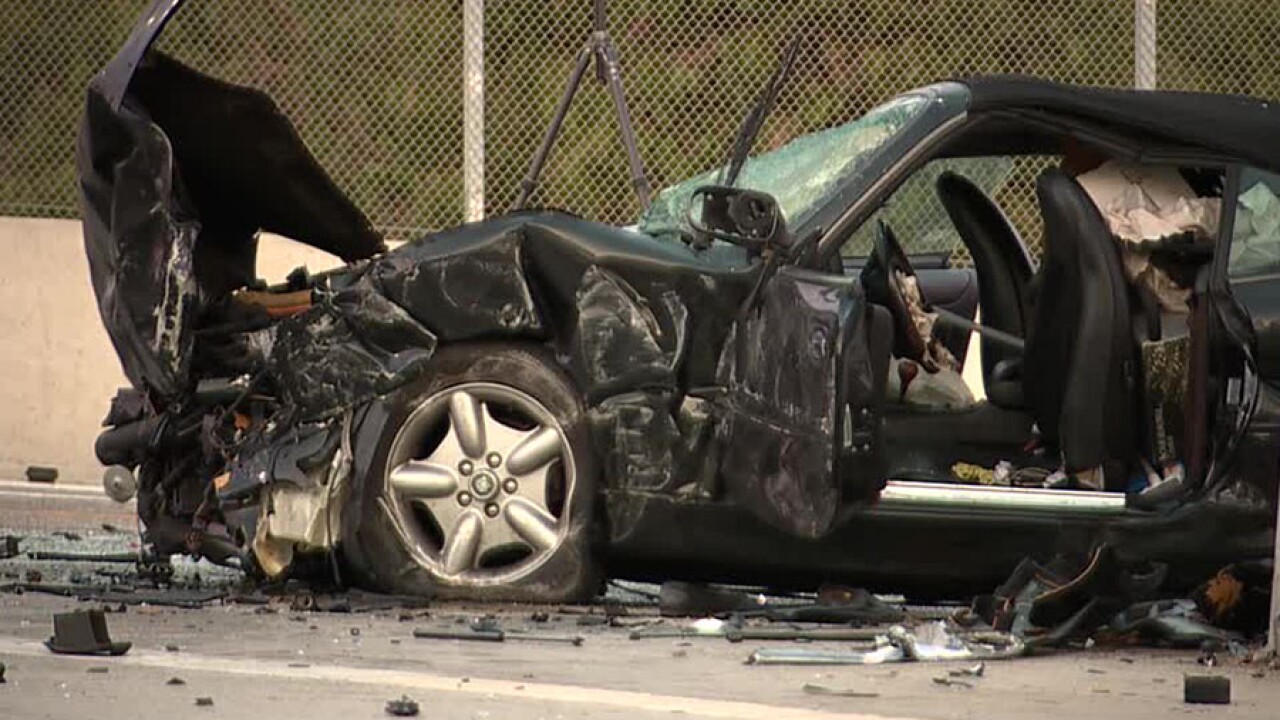 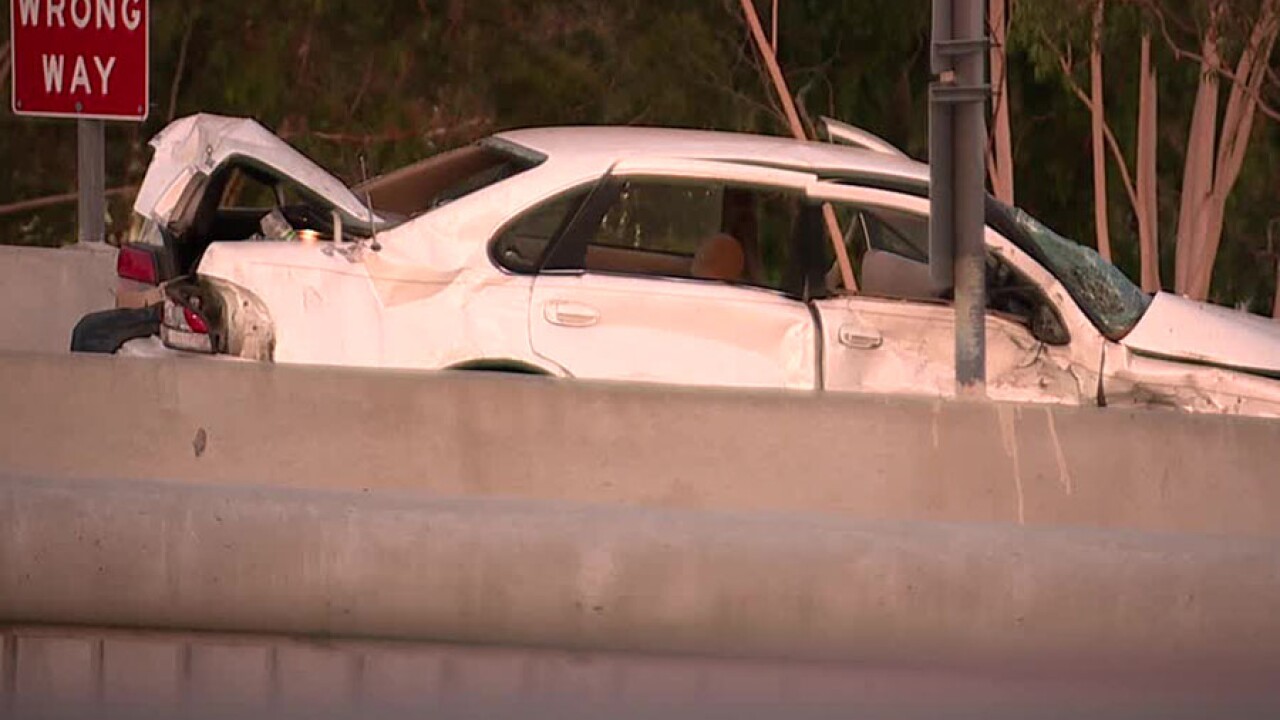 ESCONDIDO, Calif. (KGTV) – A two-car collision at an Escondido freeway exit left a person dead and three others injured Monday.

According to Escondido police, the crash happened at around 3 p.m. at the HOV off-ramp from southbound Interstate 15 at Del Lago Boulevard.

Witnesses told police that a black Jaguar XK6 exited the freeway at “freeway speeds” and ran a red light, striking a white Toyota Avalon that was traveling westbound on Del Lago Boulevard.

A passenger in the Toyota was killed on impact, while the 43-year-old driver was sent to the hospital with minor injuries.

The driver of the Jaguar, identified as an 81-year-old man, was rushed to the hospital in critical condition. A 51-year-old female passenger in the Jaguar was also transported with serious injuries.

Police said the Jaguar’s driver and the person in the Toyota that died were not wearing seat belts.

Officers said it's still too early in the investigation to tell if drugs or alcohol were involved.