One dead after fire tears through Spring Valley home 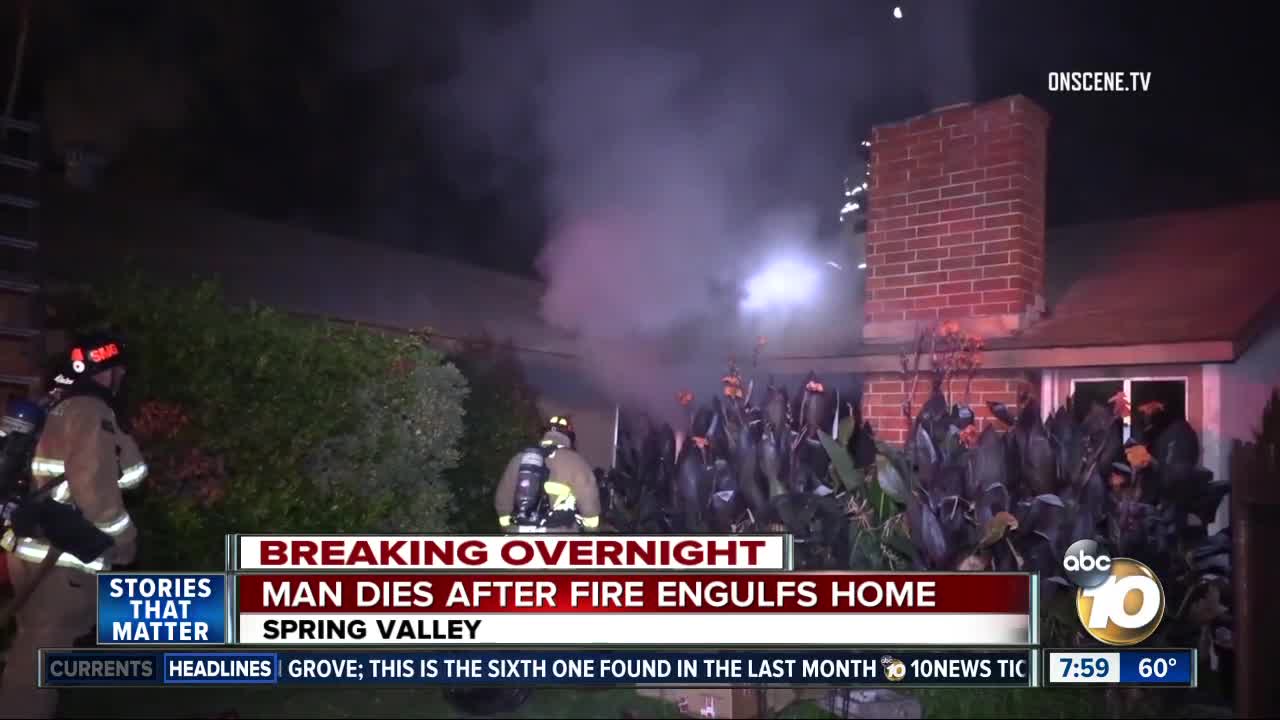 One person is dead after a fire tore through an East County home early Saturday.

SPRING VALLEY, Calif. (KGTV) — One person is dead after a fire tore through an East County home early Saturday.

The fire broke out just before 3 a.m. at a residence located on Demona Place in Spring Valley.

Fire fighters responded and were told by a neighbor that a 50-year-old man may still be inside the home. San Diego Sheriff's deputies tried to make contact with anyone inside, but nobody answered.

Crews were able to force their way into the residence and begin extinguishing the fire, which had fully engulfed the home.

One man was found inside the home and pulled from the living room area.

SDSO says the man's injuries were unknown, but he likely suffered from smoke inhalation. He was taken to UCSD Medical Center, where he was pronounced dead.

Bomb Arson investigated were requested to the scene, but the origin and cause of the blaze were not known Saturday.