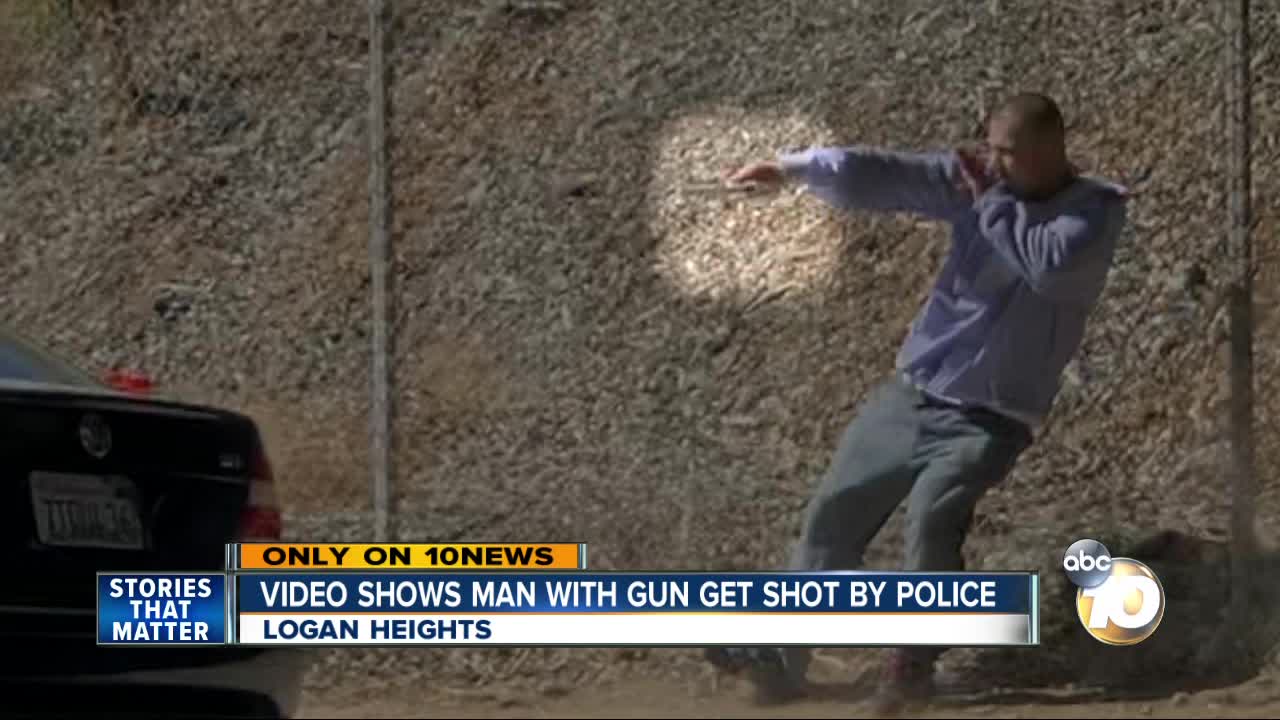 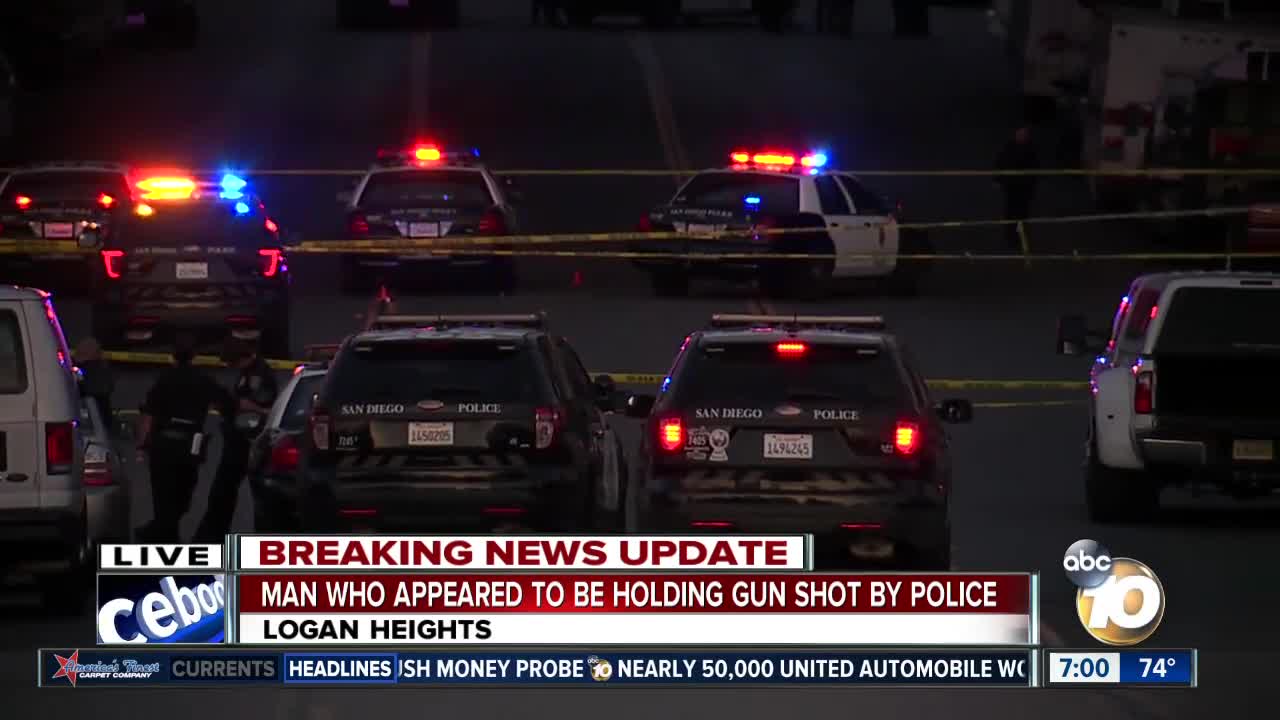 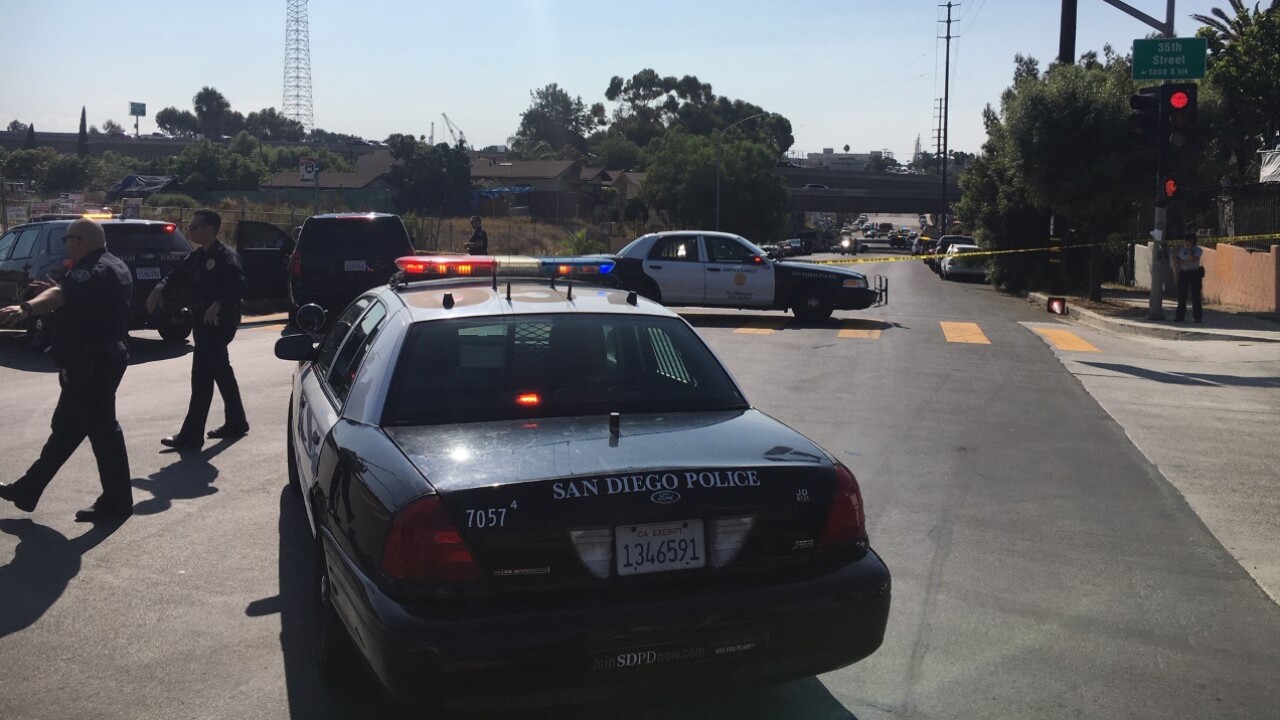 SAN DIEGO (KGTV) — A foot pursuit between police and a suspect ended in an officer-involved shooting in the Logan Heights neighborhood Monday.

An officer was trying to contact a 30-year-old Hispanic male, later identified as Enrique Aguilar, at about 3:20 p.m. over what he believed to be a narcotics violation, according to San Diego Police Capt. Tom Underwood. Aguilar fled, prompting a foot pursuit in the area of 3400 National Avenue, police say.

Police said during the foot pursuit, Aguilar revealed a handgun.

Officers say they ordered Aguilar to drop his weapon. Police said at one point, Aguilar pointed the handgun at officers, prompting an exchange of gunfire.

Aguilar was struck at least once. He suffered non-life threatening injuries and was transported to a nearby hospital.

Neither officer, one a 24-year veteran and the other a 2-year veteran, was injured in the shooting. The names of the officers were not released.

Capt. Underwood added there was another male suspect they were searching for connected to the initial narcotics violation.

Both directions of the 3200-3500 blocks of National Ave. have been closed to traffic as officers investigate. Police expected the area to be shut down into the evening.