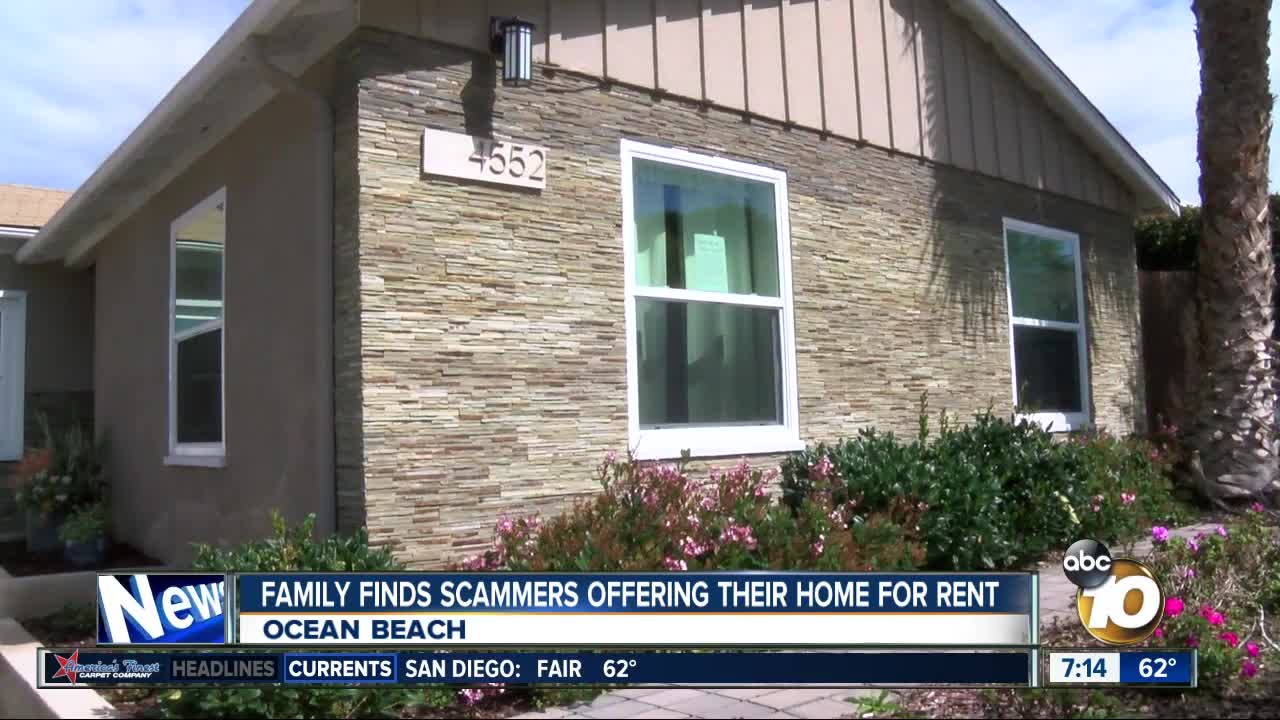 An Ocean Beach family was shocked to find their home was listed for rent on Zillow and Trulia without their knowledge.

SAN DIEGO (KGTV) -- An Ocean Beach family was shocked to find their home was listed for rent on Zillow and Trulia without their knowledge.

The Bergstroms say they noticed in mid-January when their daughter's friend asked why the property was on Zillow.

Stephanie Bergstrom said their home is not for rent and it never was. To find out what was going on, Bergstrom called the phone number attached to the listing, pretending she was an interested renter.

“I called this woman and played along,” Bergstrom told 10News.

According to Bergstrom, the woman on the other end of the line told her she wanted a nice family to move into her home.

Eventually, Bergstrom confronted the woman and told her she was the real Stephanie Bergstrom.

“’We actually own a home on Saratoga. It’s the same home you’re advertising under my name.’ She immediately hangs up. I call her back and it’s disconnected,” Bergstrom said.

Since learning about the scam, many people have called or stopped by Bergstrom’s house. The family has put up signs on their windows and front door explaining that the listing was a lie.

According to Bergstrom, over the weekend, a couple was at the home to meet and to look at the house. Bergstrom said the couple had wired $3,000 as part of a deposit.

“I felt terrible. I started crying and I said, ‘I’m really sorry,’” said Bergstrom, who added that the woman was pregnant.

While the house is no longer listed, the Bergstroms are worried that there are more victims.

A Zillow Group spokesperson issued this statement regarding the listing:

Zillow strives to provide a safe online community on our platform and we go to great lengths to police activity and inform our users of the existence of scams and how to protect themselves. Our customer support team monitors activity on the site in a number of different ways and if a listing is found to be fraudulent, it is removed from Zillow as quickly as possible. In addition to removing scam listings from our sites as soon as they are detected if they do get posted, the team is also actively screening for possible scams and fraud, preventing many fraudulent listings from getting posted.

Zillow has a 'Beware of Scams and Other Internet Fraud' page on the site, telling users to look out for red flags like requests for wire transfers and long-distance inquiries, and directing them to our fraud and scams page, which provides valuable information about how to avoid fraudulent listings.