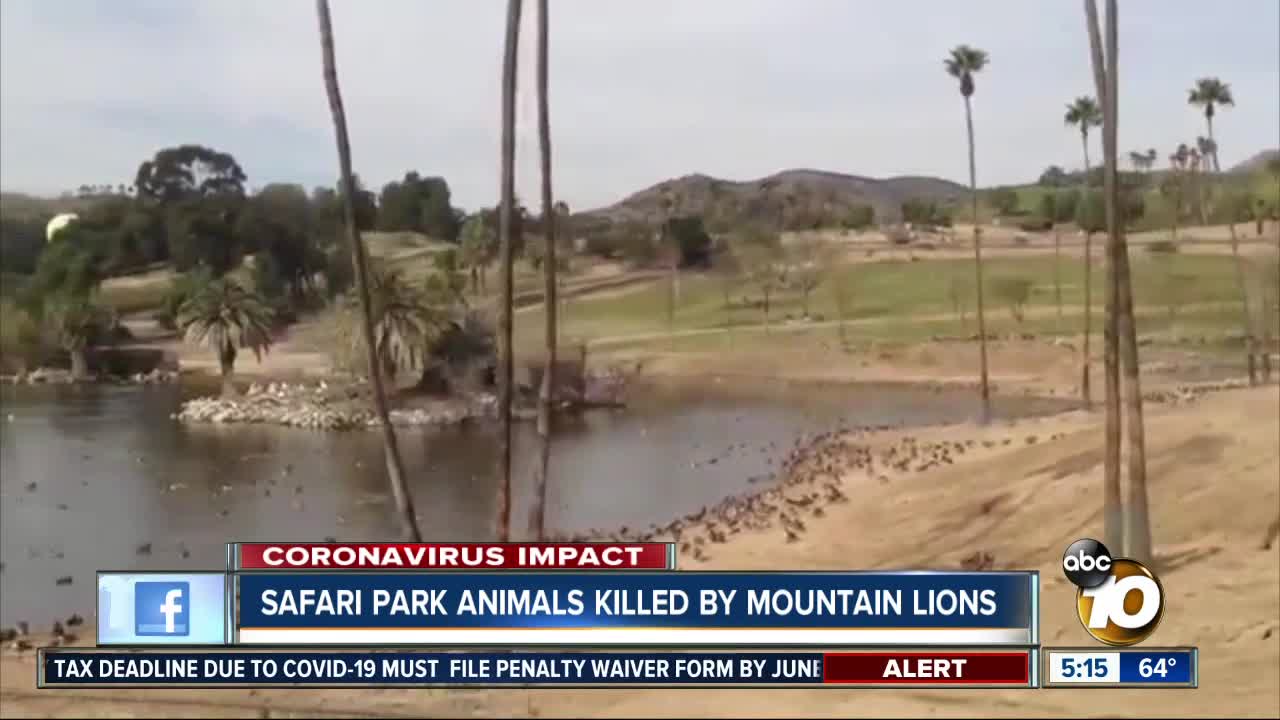 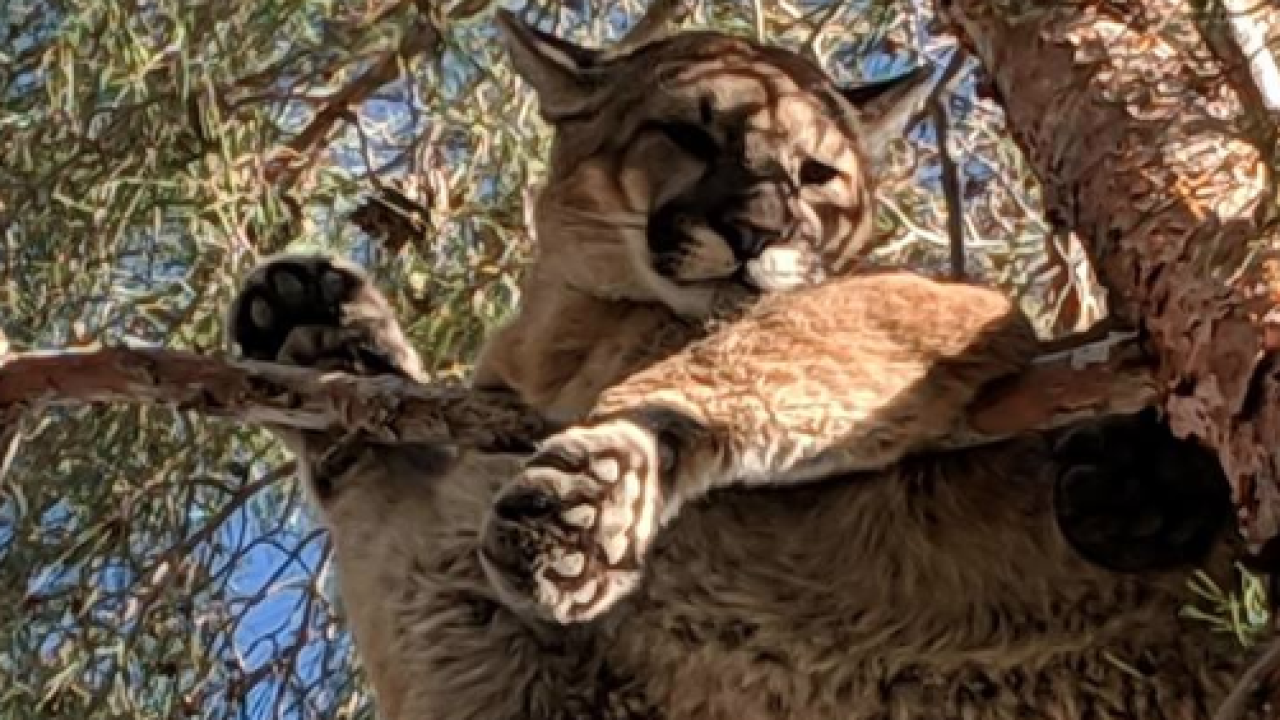 Mountain lions are known to inhabit the areas surrounding the North County zoo, but with no visitors, the park says the animals are venturing closer to the park.

They've been getting aggressive.

"We have had a couple animals lost, that we believe were from mountain lions," said Steve Metzler, the mammal curator at the park.

He didn't say how many, but said several gazelles had been killed recently.

In response, the zoo has started a temporary program to deter mountain lions that move into the vicinity of the zoo's animal habitats. Some methods being used include motion-sensitive sprinklers, motion-sensitive flood lights, and trail cameras to discourage the big cats from entering the zoo's property.

All of the methods do not harm mountain lions, the zoo says.

Essential staff members continue to work at the Safari Park daily and are also taking precautions.

According to San Diego County, there are about 4,000 - 6,000 mountain lions throughout California. The animals usually hunt alone and at night.