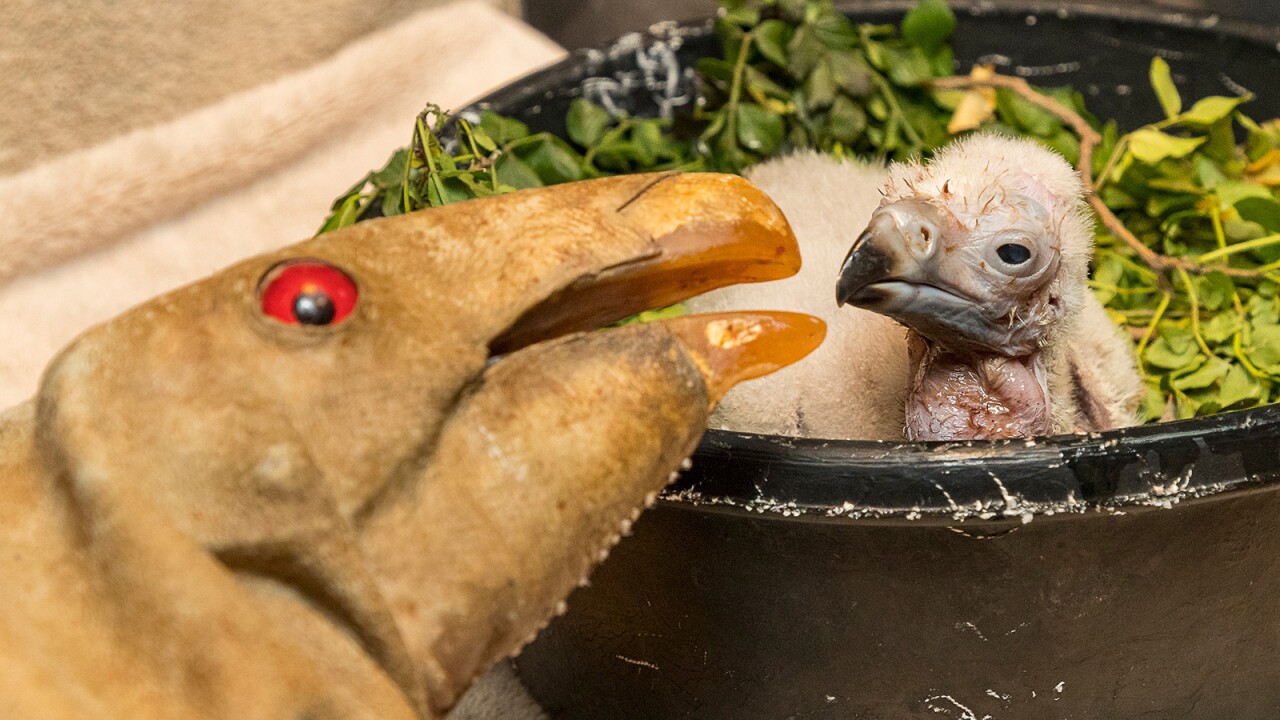 Ken Bohn/Photo was taken on March 31, 202
San Diego Zoo Safari Park wildlife care staff are celebrating a momentous milestone—the hatching of an endangered lappet-faced vulture chick. Vultures have one of the longest incubation periods in the bird world, and after 54 long days of waiting, the egg finally pipped (the process the chick goes through to break out of the shell) and hatched on March 25, 2020.

An endangered lappet-faced vulture chick hatched on March 25, after 54 days of incubation. The chick, whose sex has not been determined, is now being cared for by staff at the park's condor breeding facility.

"Our entire department is very excited about this chick,” said Kristina Heston, wildlife care supervisor, San Diego Zoo Safari Park. “It is the first lappet-faced vulture hatch for San Diego Zoo Global—and it is a significant contribution to the Species Survival Plan program. It also gives us hope in a time of extreme uncertainty."

The chick's parents, an 18-year-old male and a 23-year-old female, laid the egg in January, before staff moved the egg to be artificially incubated due to the rarity of the bird. During the incubation period, the chick's parents were given a dummy egg to sit on.

Staff are currently feeding the chick using a puppet that resembles its mother to prevent it from imprinting on humans.

“The chick is doing amazingly well, and is currently being puppet-fed a diet of mice—four to five times a day,” said Erin Womack, senior wildlife care specialist, San Diego Zoo Safari Park. “It has a voracious appetite and sleeps a lot, sometimes with its beak open. We are thrilled about the hatching of this important bird.”

Once the Safari Park reopens, guests will be able to see the chick with its parents in the park's African Woods habitat.

The lappet-faced vulture is the largest of the African vultures and are listed as Endangered on the International Union for Conservation of Nature Red List of Threatened Species.

The lappet-faced vulture was the San Diego Zoo's very first vulture way back in 1923. As of 2018, there were only an estimated 8,500 remaining in their native habitats. The birds can live for up to 30 years.