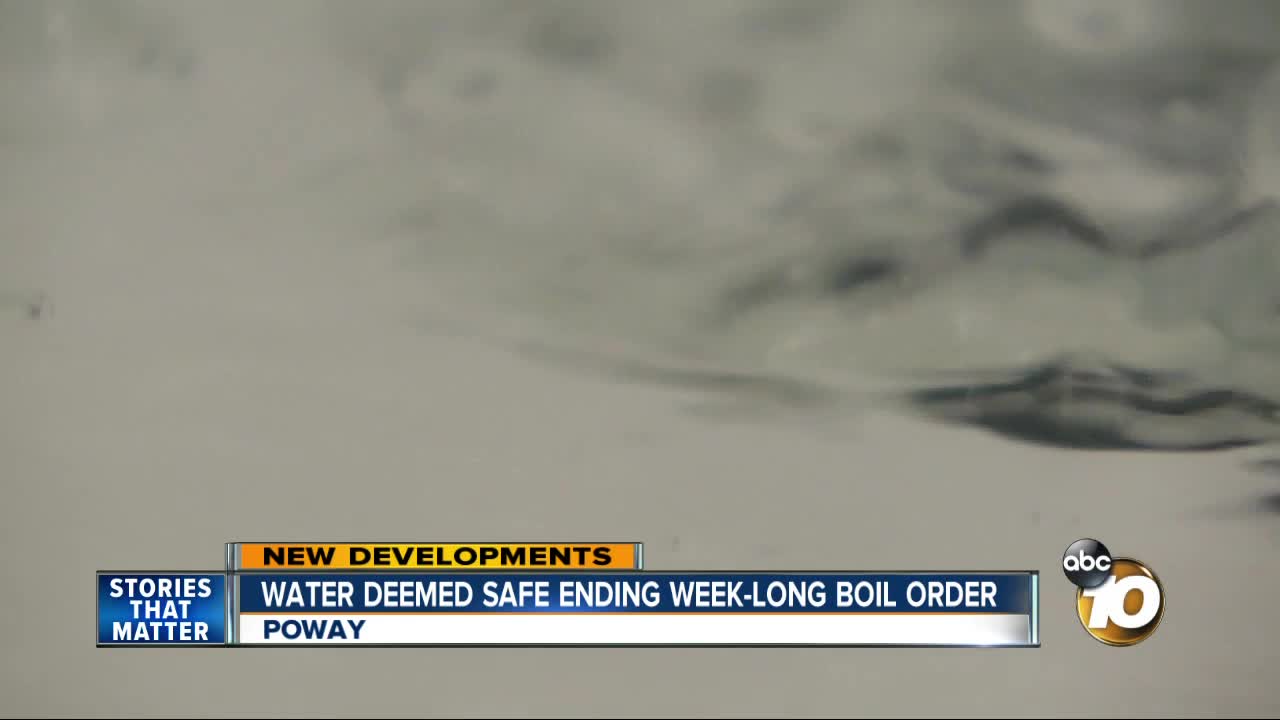 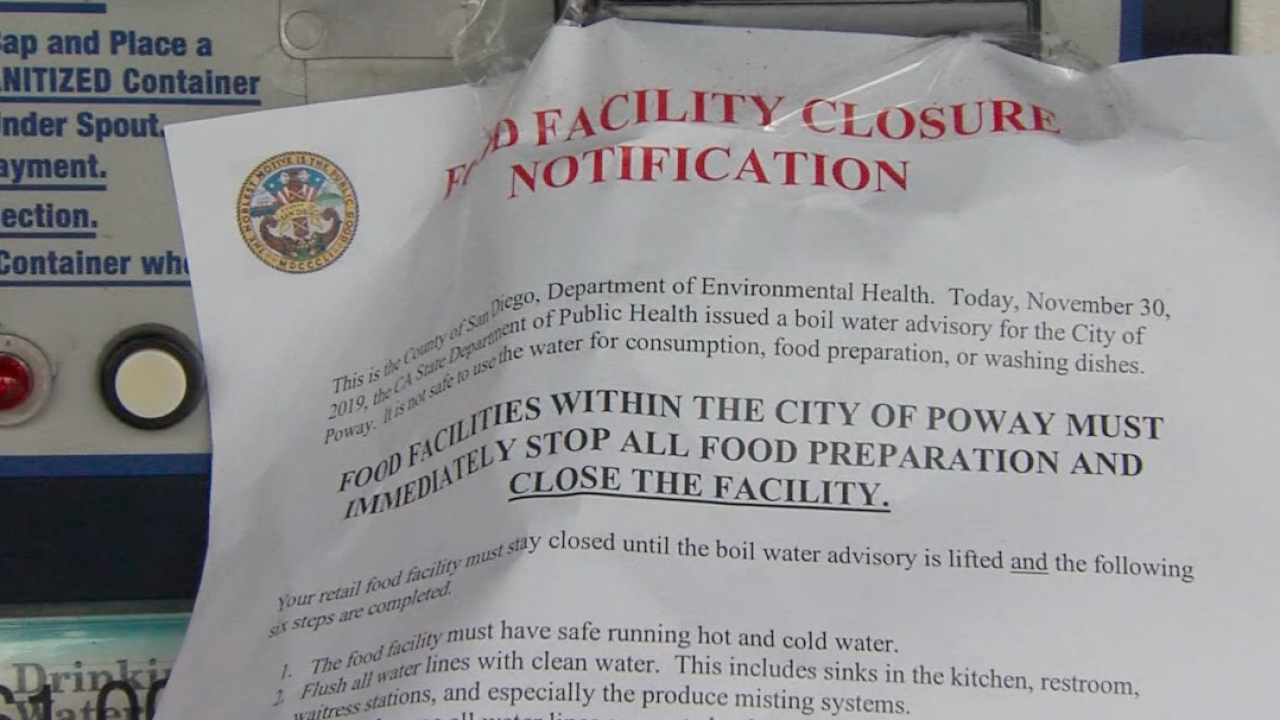 POWAY, Calif. (KGTV) -- Residents and businesses in Poway were notified Friday they have clean water after a boil water advisory was issued nearly a week ago.

Testing was conducted on Poway’s water supply and samples were sent to be examined by state officials.

City officials said the first test on the water, requested by the state, came back clean Thursday night. A second test Friday showed the water was safe.

Poway has been under a boil water advisory since Nov. 30 after numerous residents reported brownish water coming out of faucets the day before.

The city’s Public Works Department said it secured the stormwater outlet on Dec. 1 to eliminate any future backflow.

The affected section of Clearwell Reservoir was disinfected and refilled earlier this week, the city said.

The water issue had a negative impact on businesses, especially some Poway restaurants which had to shut down. The order also forced may residents and businesses to rely on bottled water, which the city provided daily.

As residents and businesses return to normal, the city reminded everyone to flush water pipes by running water until its clear, do not use water if it is discolored, replace any water filters and flush water dispensers, and for businesses to sanitize all machines they may utilize tap water and all fixtures, sinks, dishes and utensils.

Businesses that have any concerns can also call the Department of Environmental Health at 858-565-5255.