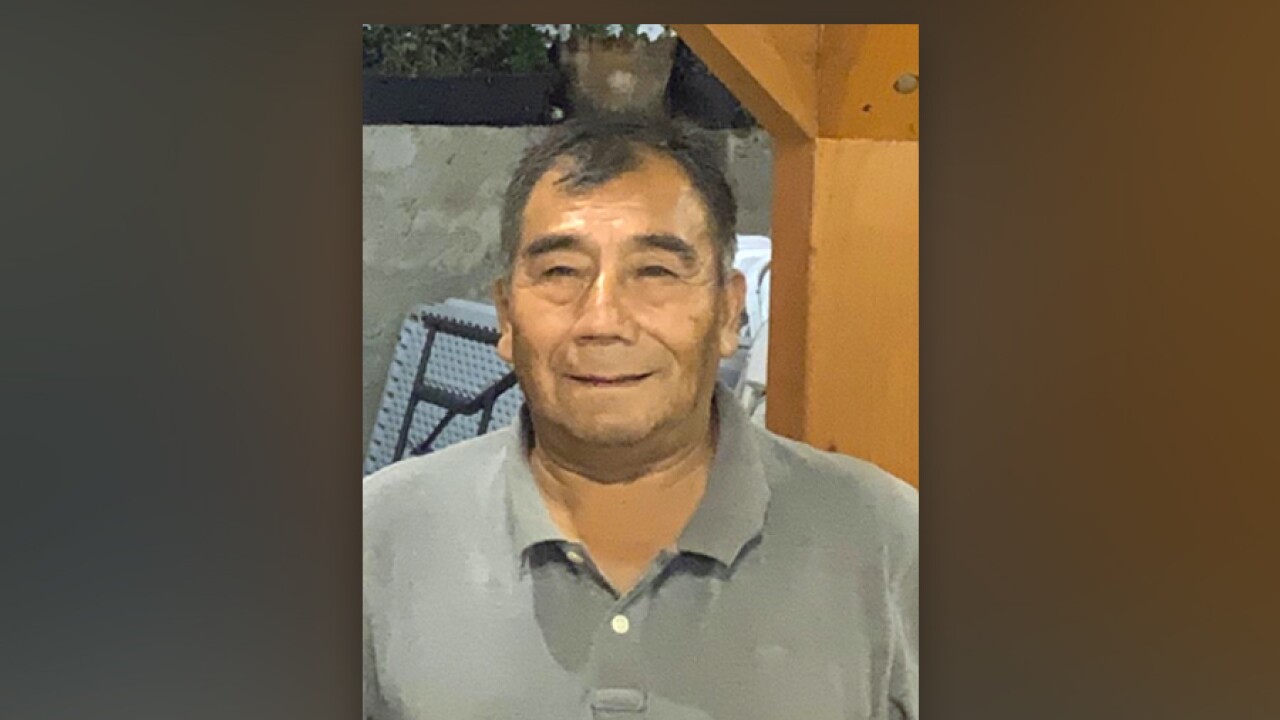 Deonicio Sebastian, 67, was last seen Monday at his home on W. Indian Rock Rd. in Vista. SDSO says Sebastian left his home on foot sometime Monday, taking his wallet but leaving his cellphone.

Sebastian's family has not had any contact with him since.

He's described as a Hispanic man, about 5-foot 4-inches tall, and weighing about 200 pounds. He has a receding hairline and dark brown complexion. His family also says he cannot read or write.

Sebastian walks with a limp and requires medication every six hours for health issues, including diabetes, high blood pressure, and asthma. He also has a pacemaker.

SDSO said Sebastian commonly walks, or rides the bus or train to various places to run errands, buy food, and go to medical appointments. He has also been known to walk from his home to Arango Green Growers at 2266 Bautista Ave. to work.

Anyone with information on Sebastian's whereabouts or who sees him is asked to call SDSO at 858-565-5200.