One killed, four injured in three-car crash on rural road near Escondido 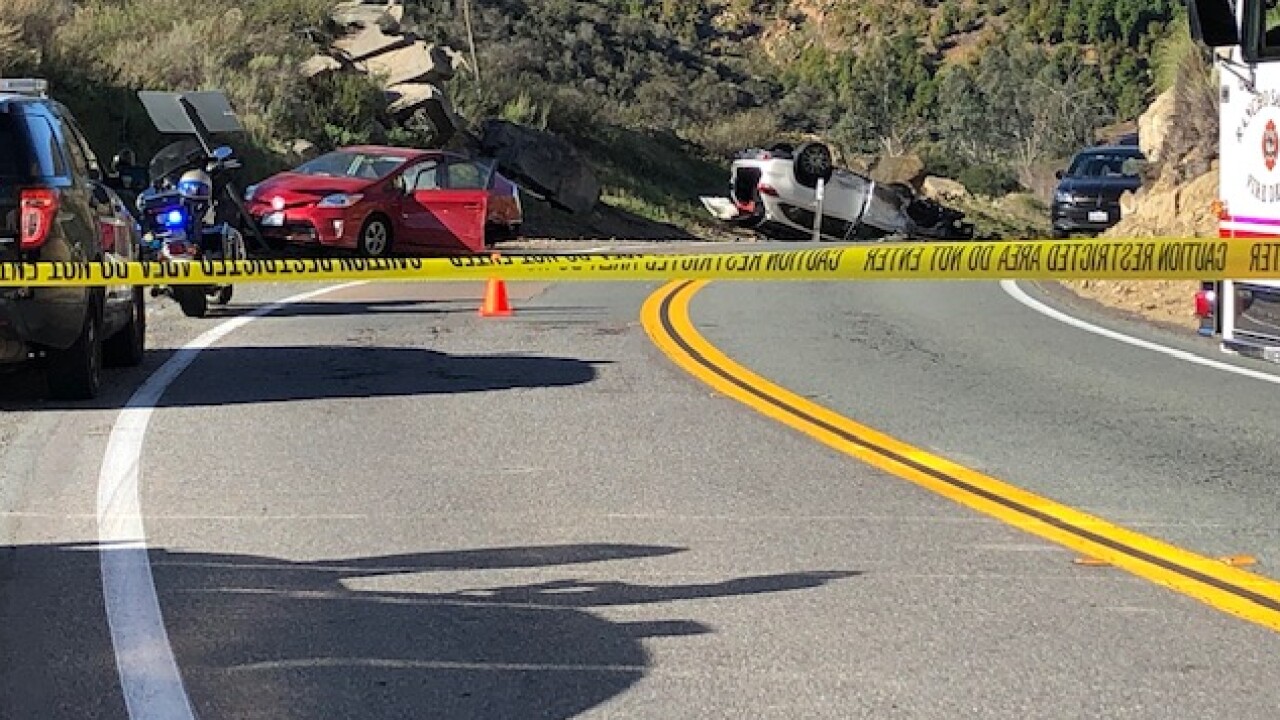 ESCONDIDO, Calif. (KGTV) - One person was killed and three others were injured in a three-car crash Friday near the entrance to Elfin Forest Preserve.

The driver of a Subaru WRX crossed over into the opposite lane and hit two separate vehicles in the process, a Toyota Prius and Toyota Highlander. CHP says the Subaru drifted into the Prius' side while traveling around a curve in the road, before colliding head-on with the Highlander.

The impacted caused the Highlander, which had four occupants, to overturn.

The driver of the Subaru was partially ejected from the vehicle and died at the scene, Rancho Santa Fe Fire Department said. His name has not been released. CHP only said he's a 28-year-old from Chula Vista.

A 49-year-old male from San Marcos behind the wheel of the Prius did not receive any injuries, CHP said.

The four occupants of the Highlander complained of pain from the collision but declined medical treatment, according to CHP.

During the investigation, officers learned that the Highlander was a stolen vehicle. The driver, 38-year-old Ardeshir Tooraji, was arrested for multiple charges and taken to Vista Detention Facility. The three passengers of the SUV were released.

Latulippe added that speed may have been a factor in the crash, but the cause was still under investigation. It's not clear if alcohol or drugs played a factor.