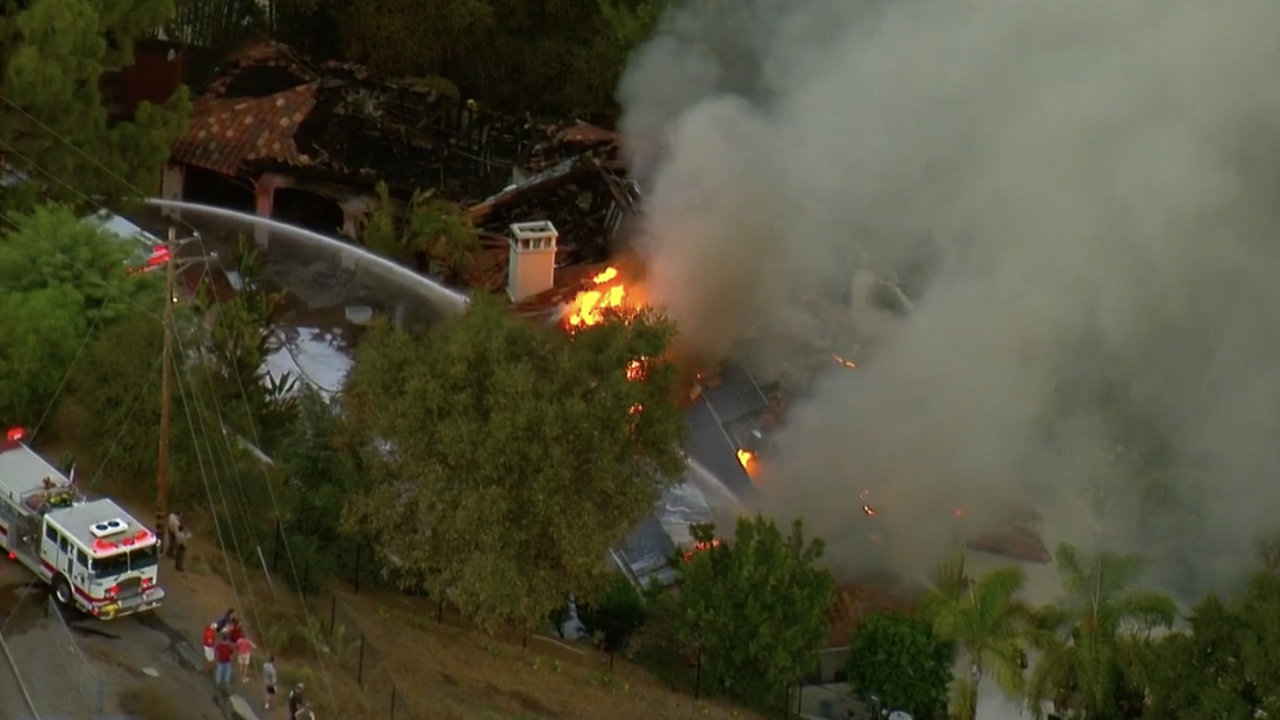 ESCONDIDO, Calif. (KGTV) — An Escondido home that was engulfed in flames early Friday reignited for a second time later the same day.

The home in the 800 block of Via Rancho Parkway first ignited just before 2:40 a.m., according to Escondido Fire Department. Fire investigators believe that the fire started in the home's garage and spread to the attic.

One adult, three children, and five pets were inside the home when the fire began. The pets woke up one of the children, prompting the family to escape the home.

One of the pets, a cat, died in the fire, according to Escondido Fire. The American Red Cross helped the family find lodging after being displaced.

Later Friday, just before 6 p.m., the home re-ignited, prompting another round of firefighting.

The cause of both fires has not been identified.