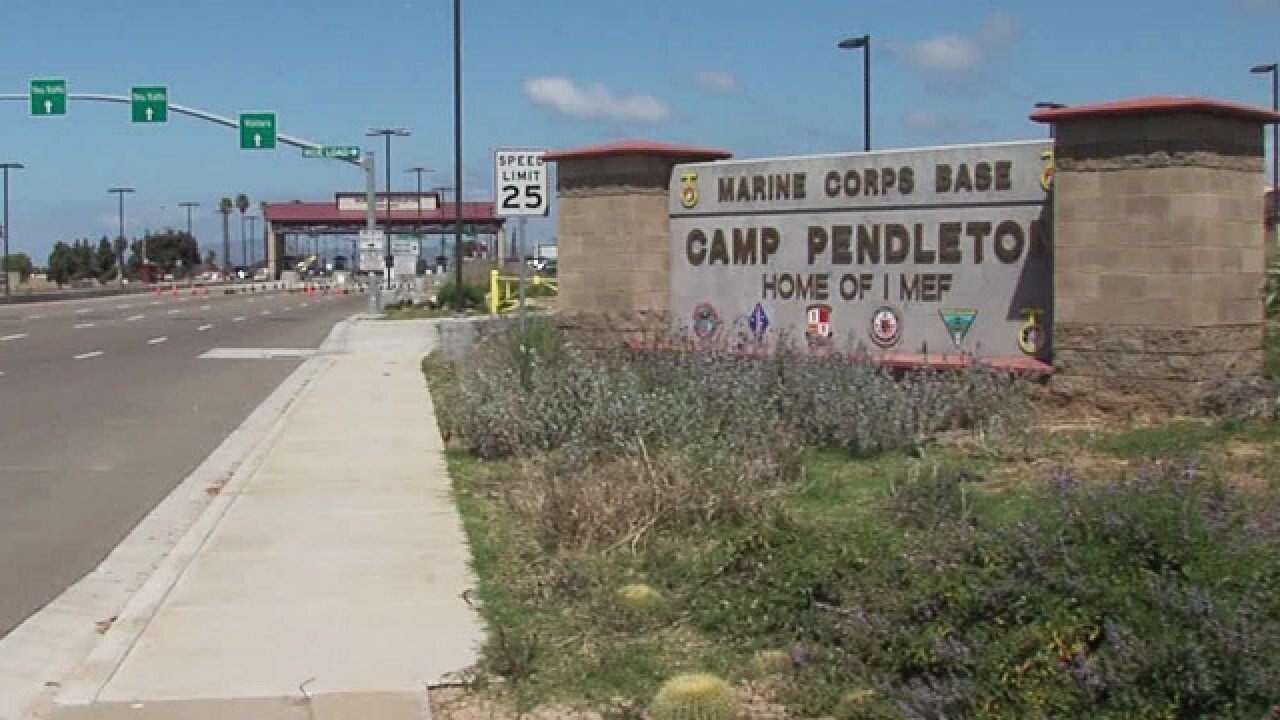 CAMP PENDLETON, Calif. (KGTV) — A large plume of smoke could be seen over Camp Pendleton on Wednesday, as fire crews battled the De Luz Fire.

The fire was reported just before 1:30 p.m. on the west side of De Luz Road, according to Camp Pendleton officials.

It wasn't clear how large the fire was at the time, but officials say there was a threat to structures and precautionary evacuations were taking place for De Luz Housing and surrounding buildings, including the CDC, school, and NCIS locations. An evacuation location was set up at Paige Field House.

Just before 2:30 p.m., officials said the fire's forward progress had been stopped.

Officials cautioned that smoke can be seen in the surrounding area.