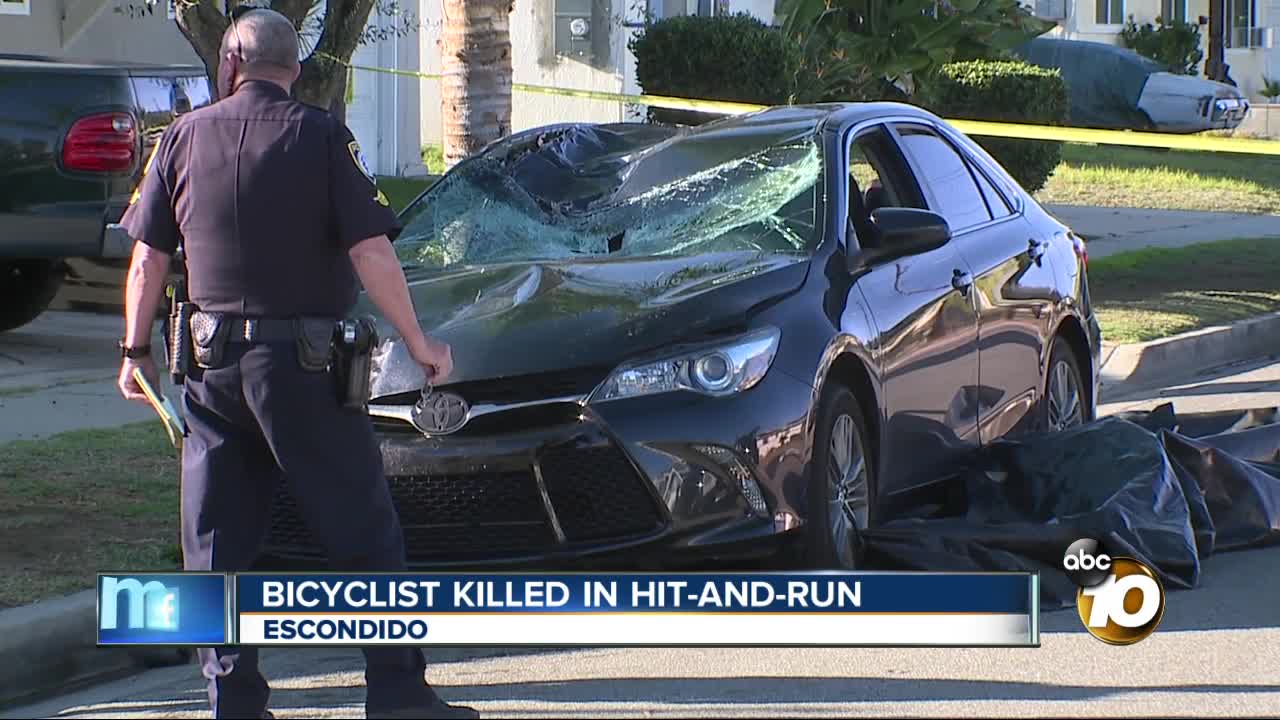 The driver left the scene in Escondido. 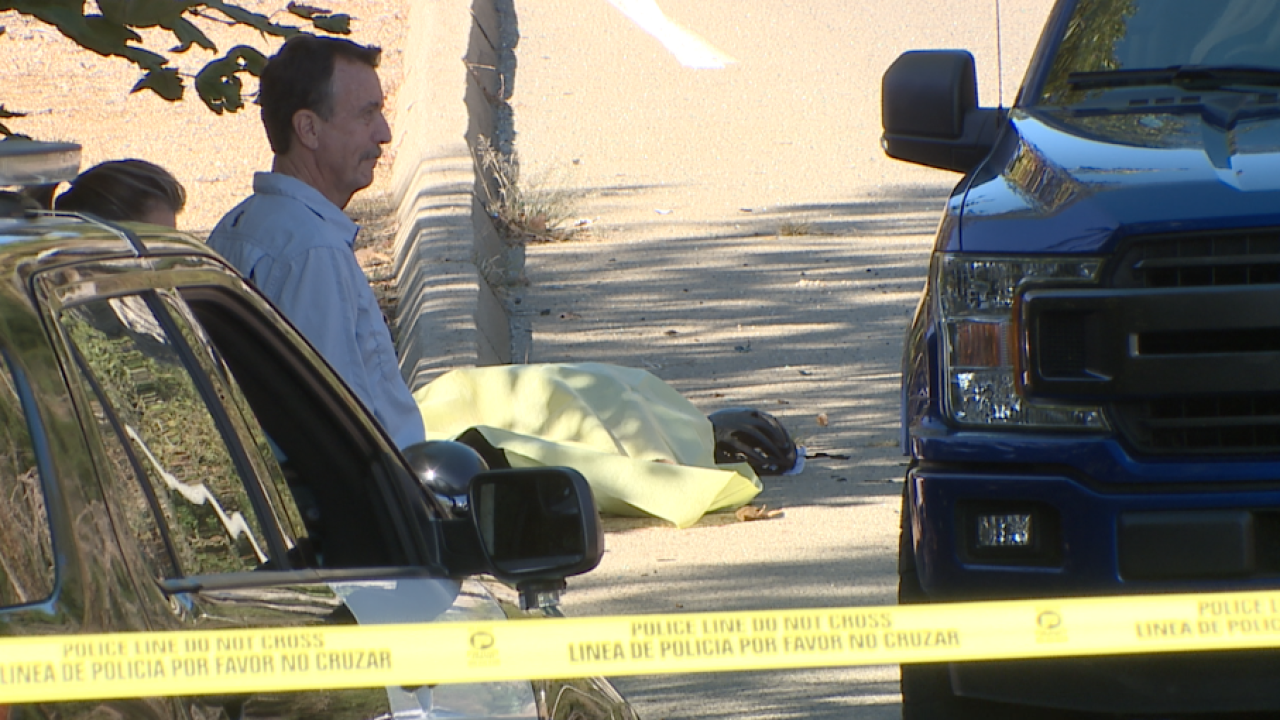 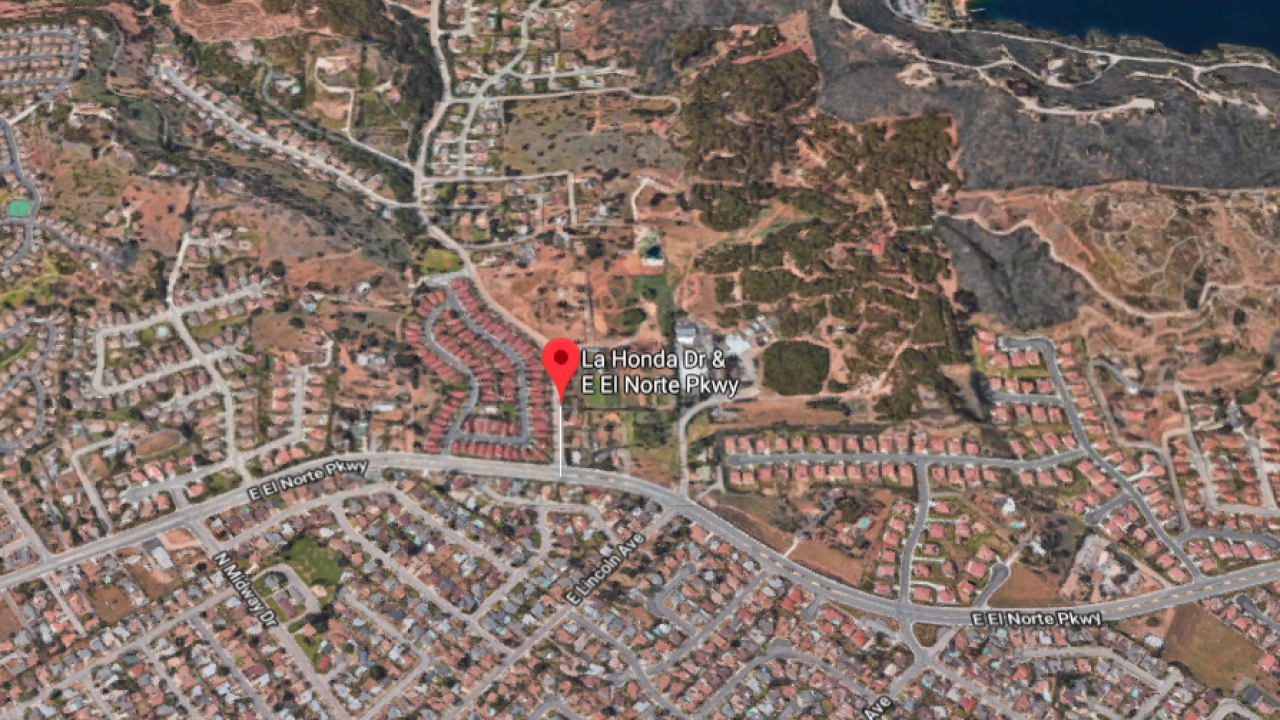 ESCONDIDO, Calif. (KGTV) — One person is dead and a driver is at large following a hit-and-run collision in Escondido.

A vehicle collided with a bicyclist on La Honda Road north of El Norte Parkway at about noon, according to the Escondido Police Department.

"The rider was wearing a helmet, and we are still investigating the cause as to what happened and how the car and bicyclist crashed," Lt. Scott Walters with the Escondido Police Department said.

The cyclist was part of a larger group going southbound on La Honda Drive.

Witnesses of the crash saw the 36-year-old victim from Vista fly off his mountain bike and die at the scene.

A short while later, investigators got a break in the case. The mangled car was spotted on the 600-block of Aster Street, just a half-mile away from the crash site.

10News spoke to neighbors watching the commotion, who said they did not recognize the sedan.

The victim's identity was not immediately released.

Police advised the public to avoid the area for about five hours after the crash. Access to Dixon Lake and Daley Ranch Recreation Areas was closed, but hikers and bikers were able to access Daley Ranch through Cougar Pass in north Escondido, police added.