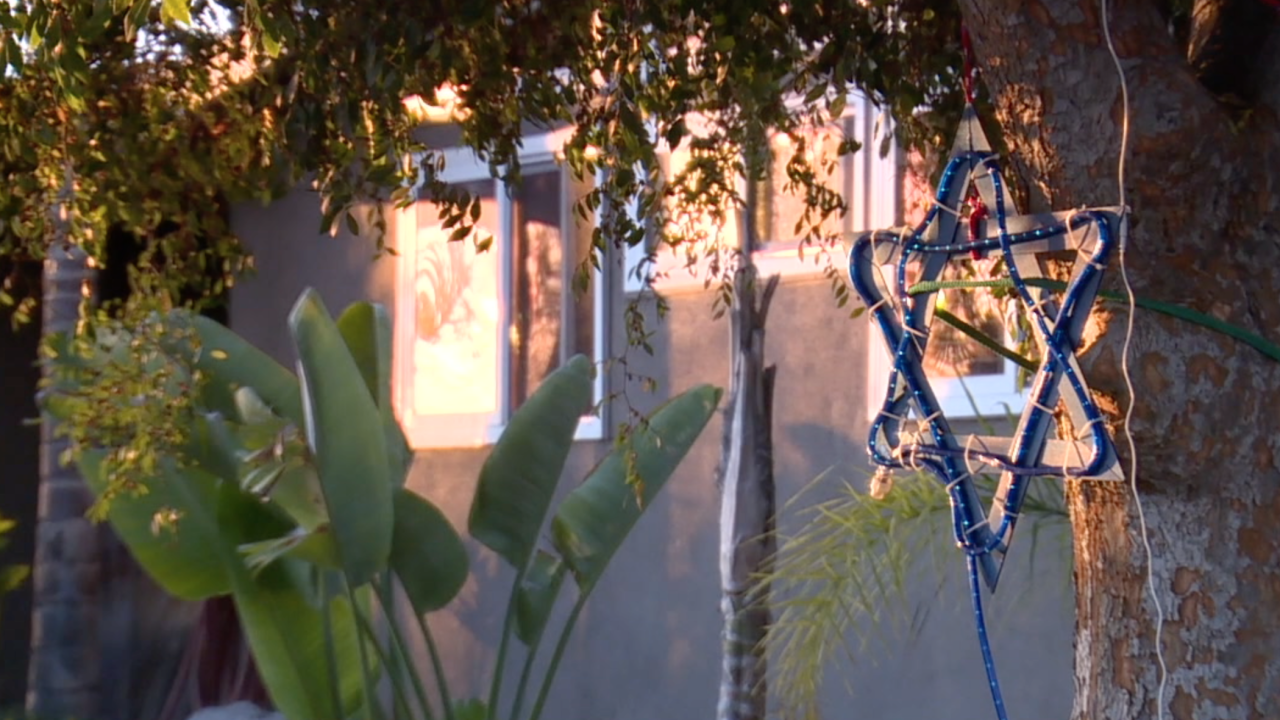 Copyright 2018 Scripps Media, Inc. All rights reserved. This material may not be published, broadcast, rewritten, or redistributed.
Zach Wonderlie

POWAY, Calif. (KGTV) -- The Anti-Defamation League Tuesday announced a $3,000 reward for information leading to the arrest and conviction of the suspects who reportedly painted a swastika on the side of a Poway home the first night of Hanukkah.

The announcement was made following a vigil Monday night where members of the Poway community came together in solidarity to rally against anti-Semitic hate crime.

Shawn Seibert, who lives in the home with his mother, said he heard noises late Sunday night. When he walked outside, he told 10News he saw two people running away. He then noticed the swastika painted on the side of the home and chemicals poured on the family’s car.

“We hope this reward encourages people to report whatever they may know about whomever is behind this hateful act of vandalism. We commend the San Diego County Sheriff’s Department for its swift and thorough approach to this investigation, which is still ongoing. We cannot allow such acts of hate, or the prejudice which underlies them, to take place in San Diego County or anywhere else. No one should be targeted or made to feel like they don’t belong simply because of their religion, race, skin color, country of origin, sexual orientation, or gender identity. ADL is here to help.”