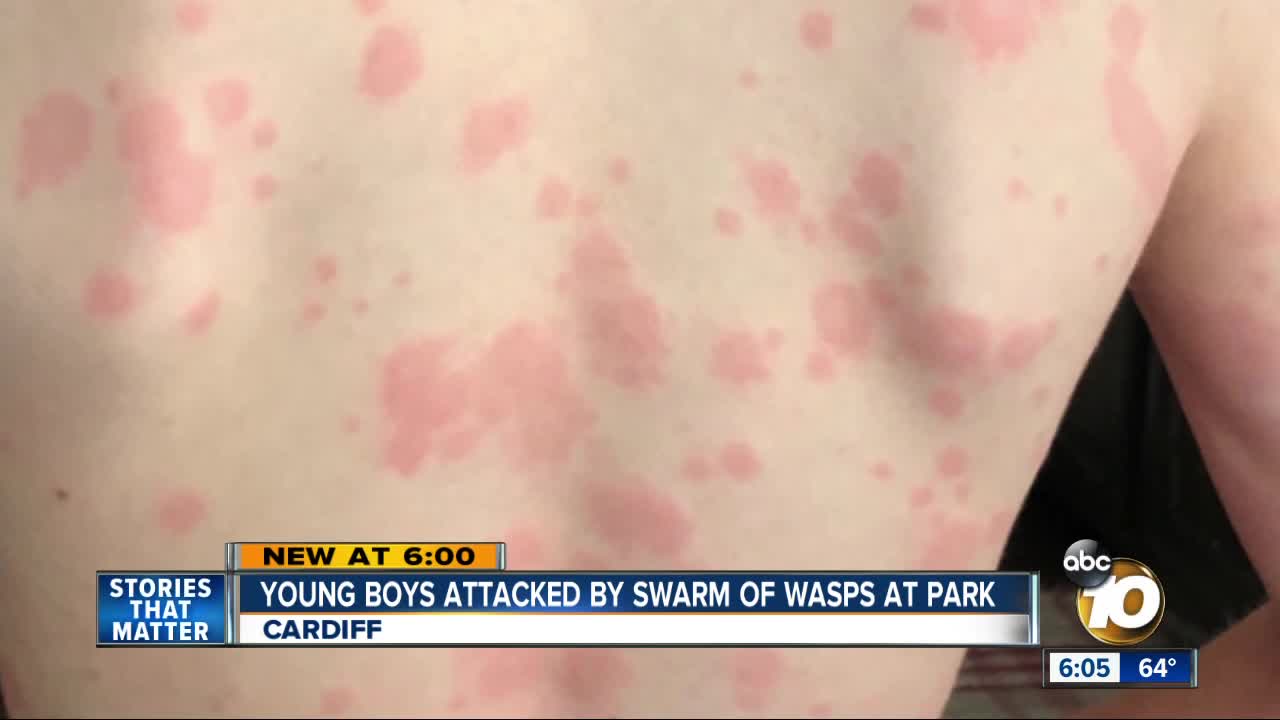 Three boys are recovering from an angry wasp attack at a park in Cardiff. 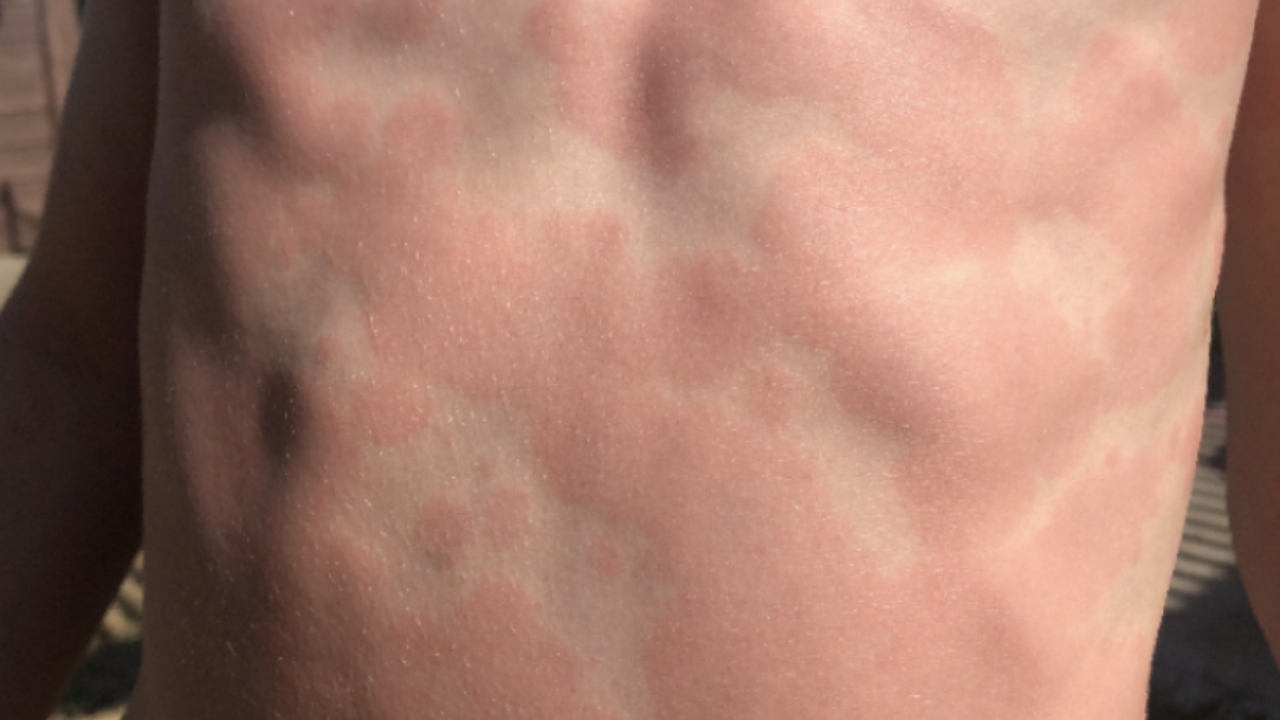 CARDIFF, Calif. (KGTV) - Three boys are recovering from an angry wasp attack at a park in Cardiff.

Along Windsor Road, feet from an elementary school, five boys between 7 and 14 years old were inside a private park in the Park Place community two Sundays ago. They were about a 100 feet from the fenceline along Windsor Road. Frank Bocchini's son was the oldest boy in the group.

"Doing what young boys do, exploring and having fun in nature," said Bocchini.

The fun quickly turned into a nightmare.

"He saw the wasps and told the young boys to stay away from there," said Bocchini.

Bocchini's son was the first to see the insects near a tunnel structure.

"The wasps reacted quickly after he said that. It was a nest that quickly turned into a swarm...screaming and crying, because they were getting hit," said Bocchini.

Three of the five kids were stung, including two 7-year-old boys who were stung dozens of times.

"The older boys were trying to get the wasps tangled in the young boys' hair," said Bocchini.

Bocchini's son and another boy frantically tried to help the other children.

"At one point, the whole jacket was covered in wasps on this young boy. He told the boy to take the jacket off and run," said Bocchini.

That boy did, and eventually ran out of harm's way.

"He was upset and scared," said Bocchini.

The 7-year-old boy ended up in the emergency room with 24 stings and hives on his body.

The incident unfolded as wasp season should be wrapping up. Experts tell us the hot weather has extended the season along with the dangers.

The property management company for Park Place confirmed a pest service relocated the yellow jackets. Experts say you should run from wasps, and running through trees and bushes may help slow them down. If you're stung, don't take the stinger out with tweezers. Instead, scrape it out with a credit card so you don't push more of the venom into your body.