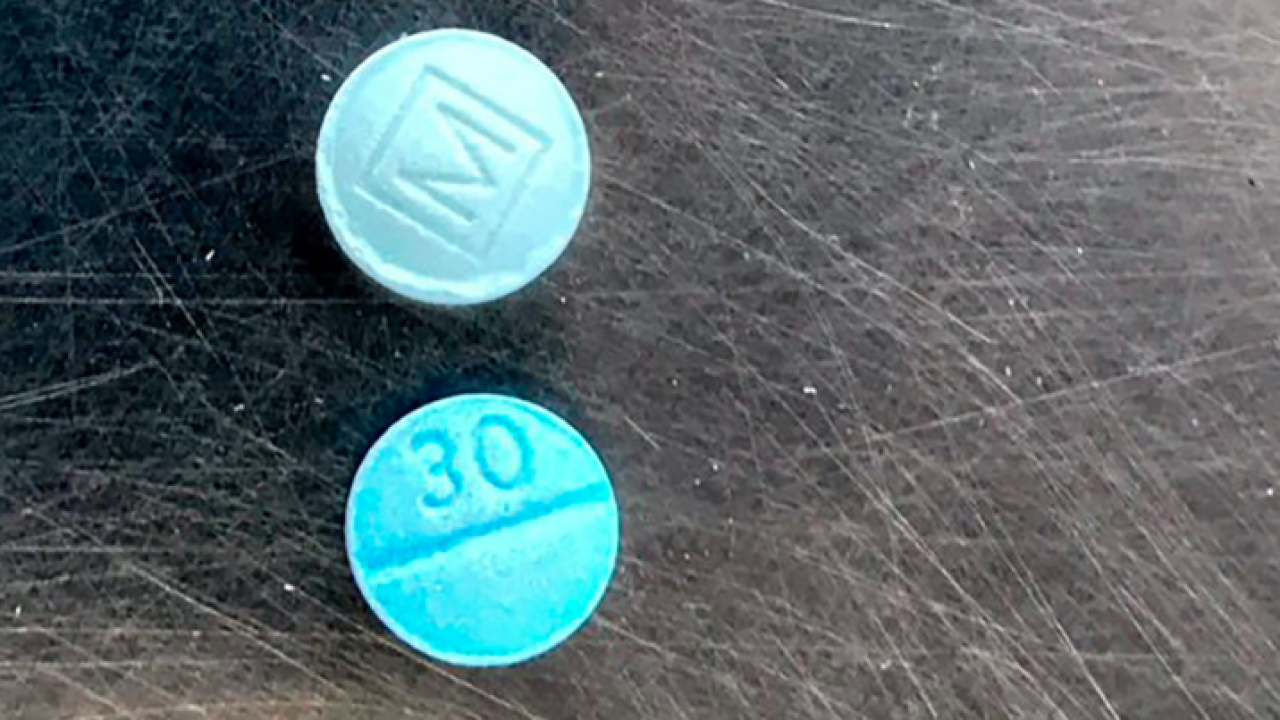 From January through June of 2019, 69 people died from the overdoses, compared to 41 during the same time period in 2018. The number indicates a 68 percent jump, the report shows.

Health officials are unsure if people are unknowingly buying counterfeit pills or powder, or if they are aware the pills are counterfeit.

“In the last decade when someone overdosed on fentanyl, it was often when someone was prescribed it, and perhaps put on too many fentanyl patches or altered the patches,” said Chief Deputy Medical Examiner Dr. Steven Campman. “I can’t even remember the last time I saw a death from misused prescribed fentanyl.”

Fentanyl is a synthetic opioid that is 50 to 100 times more potent than morphine and as much as 50 times stronger than heroin.

“The drug isn’t designed to be put in a pill like that, and it takes very little of it to kill someone. And the illicit drug makers don’t have the kind of quality control measures that pharmaceutical companies have either,” Campman added.

Until now, San Diego has been behind a national trend of increasing opioid deaths, but that’s changing, Chapman said.

“This is how we are seeing the opioid epidemic here, mostly in the rise in fentanyl deaths.”