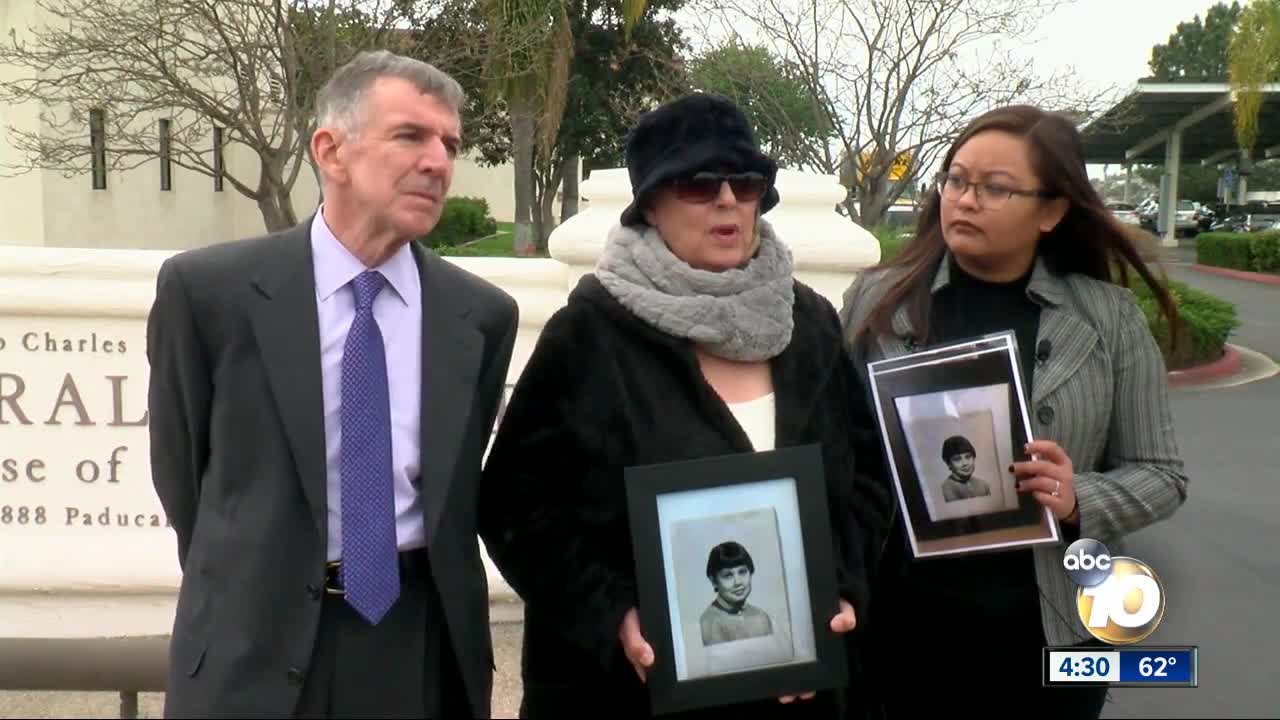 A 68-year-old woman has filed a lawsuit claiming she was sexually abused decades ago by a priest in Rialto, the latest in a wave of litigation targeting the Diocese of San Diego. 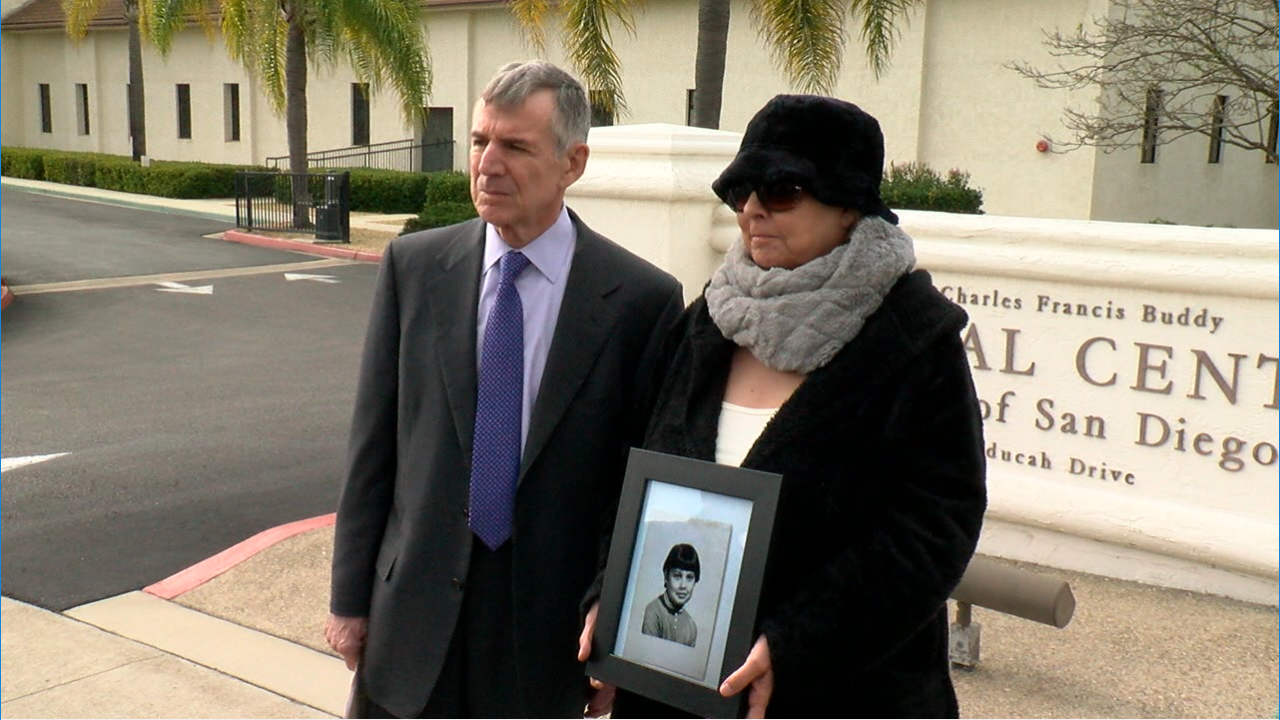 SAN DIEGO (KGTV) -- A 68-year-old woman has filed a lawsuit claiming she was sexually abused decades ago by a priest in Rialto, the latest in a wave of litigation targeting the Diocese of San Diego.

The woman, identified only as Jane Doe, claims she was abused by Father Efren Neri while he served at Christ the King, a San Bernardino County parish that was then part of the Diocese of San Diego.

“For many years, I just lived with it,” the woman said in an interview. “A lot of shame, anxiety all my life.”

Father Neri died in 1982, according to the Diocese. In a statement, the Diocese said there are no reports Neri was ever accused of sexual misconduct with a minor. “None in San Diego, none in San Bernardino and none in Fresno,” the statement said.

Last week, 20 people sued the Diocese of San Diego, alleging abuses by six other priests. Attorneys say scores of additional lawsuits against the church are coming after a new law took effect temporarily lifting the statute of limitations for accusers to file claims.

Statement from the Diocese of San Diego:

“Father Neri was a priest of the Archdiocese of Yucatán, Mexico, who served at Christ the King Parish in Rialto, Calif., from 1951 until 1959. At the time, Rialto was part of the Diocese of San Diego. It is now part of the Diocese of San Bernardino. In 1958, he was accused of fathering a child, which he denied. A formal Church investigation was inconclusive, but provisions were made for the child and Father Neri subsequently sought assignments in other jurisdictions.

“He was never transferred. He was never removed from the priesthood. He left his job in Rialto and took on new duties in the Diocese of Fresno, where he served in several parishes until serious medical issues forced his retirement in the 1976. He passed away in Fresno in 1982.

“He was ‘granted faculties,’ i.e., permission to work as a priest, when he had his assignment at Christ the King in Rialto. When he left there, he no longer needed those faculties, so they were terminated. In turn, he was granted faculties by the Diocese of Fresno when he obtained employment there. After a standard 5-year waiting period, he asked for and received permission to officially move from the Archdiocese of Yucatán to the Diocese of Fresno. He became a Fresno priest in 1965.

“The accusation of paternity was disclosed to the Diocese of Fresno.

“His name is not on the list of credibly accused priests because no reports have ever been received accusing Father Neri of misconduct with a minor. None in San Diego, none in San Bernardino and none in Fresno.

“Without knowing specifics about this case, however, we know we have a moral obligation to assist any victim-survivor of clergy abuse and we would urge the attorney in this case to contact us so that counseling can be arranged at our expense. There are no prior conditions and the offer of counseling stands regardless of any lawsuit against the diocese.

“The sexual abuse of minors is evil, regardless of when it happens, but as a result of various reforms in 2002 and earlier, including mandatory Safe Environment training for clergy and all church and school workers, annual age-appropriate safety training for students in Catholic schools and religious education, enhanced criminal background checks and enhanced awareness and vigilance, no new incidents of abuse have been reported to the diocese in nearly two decades.

“Details about the steps the diocese has taken to prevent and report abuse can be found on our website at www.safeinourdiocese.org.

“Finally, we would also invite any victim-survivor of sexual abuse to participate in the Independent Compensation Program established last fall as an additional avenue they can use to pursue their legal claims. There are no costs or obligation to victims, and the process is confidential. If they go through the compensation program and reject the compensation offer they receive, they have not given up their right to pursue their claim in the courts. In most cases, a qualifying victim-survivor will receive an offer within 90 days of their claim being finalized.”