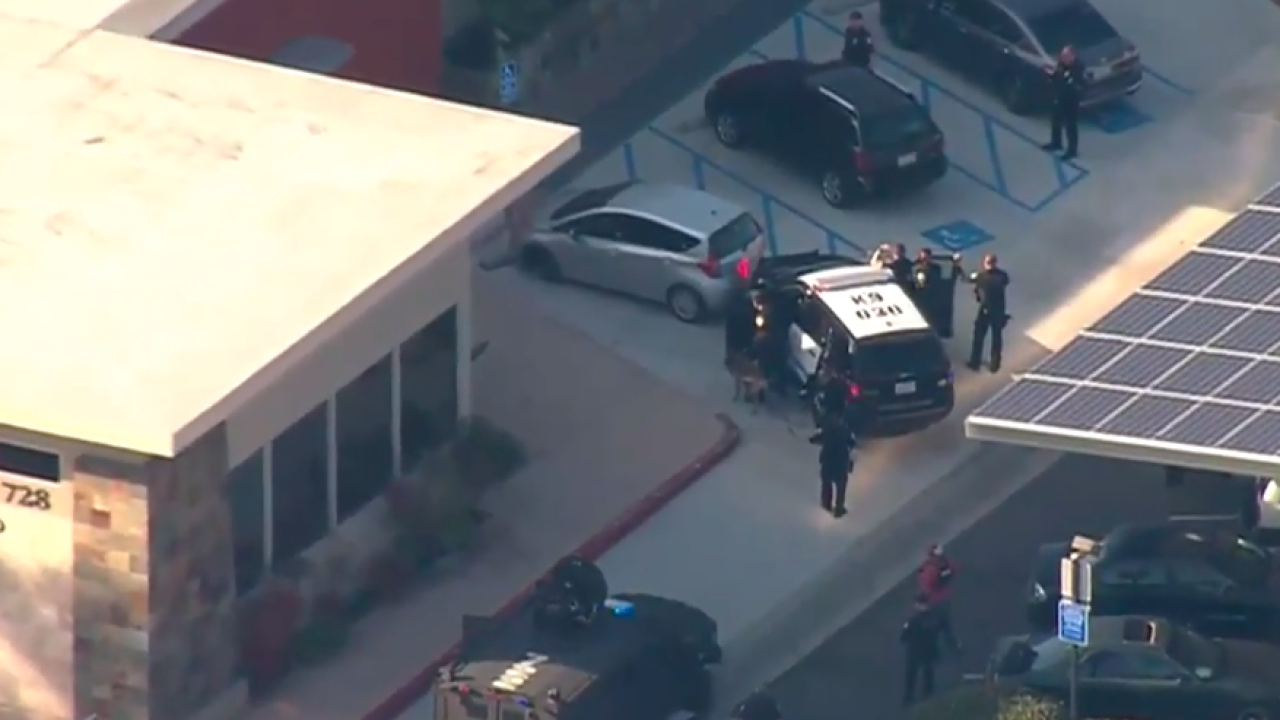 ESCONDIDO, Calif. (KGTV) — A police pursuit that started in the South Bay ended in North County Tuesday, with the occupants in a standoff with police.

The chase began just after 1 p.m. in National City in the 2300 block of E. 8th St. with a report of a suicidal woman in a vehicle, according to National City Police. Officers arrived to find the car leaving the area with a passenger in the back seat of a Nissan sedan.

Officers tried to pull the female driver over, but she refused to stop. She continued onto northbound Interstate 805 and then northbound I-15 in the carpool lanes, police said.

Sky10 was live over the standoff this afternoon:

CHP officers deployed a spike strip in Rancho Bernardo, which the driver hit while traveling about 70 miles per hour. After losing one tire, she slowed to about 10 mph and continued into Escondido, eventually stopping in a parking lot in the 700 block of E. Valley Parkway.

Officers surrounded her vehicle but she refused communicate with police. Officers at the scene said she was seen taking pills in the vehicle and stabbing herself.

The passenger exited the car shortly after 2 p.m. Soon after, the driver exited carrying a dog. The driver then handed the dog over to police and was taken into custody, ending the 10-minute standoff.

She was transported to a nearby hospital. Police have not said what charges, if any, she faces. Police are also investigating whether the driver kidnapped the passenger involved.