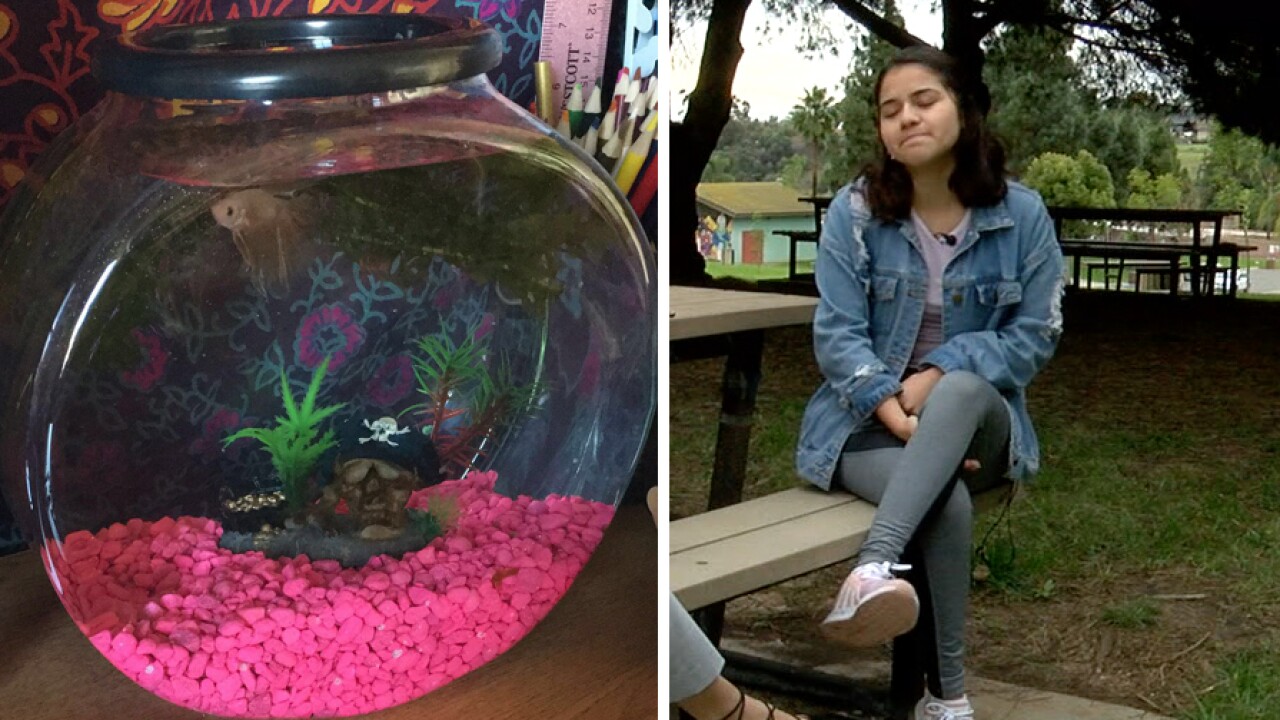 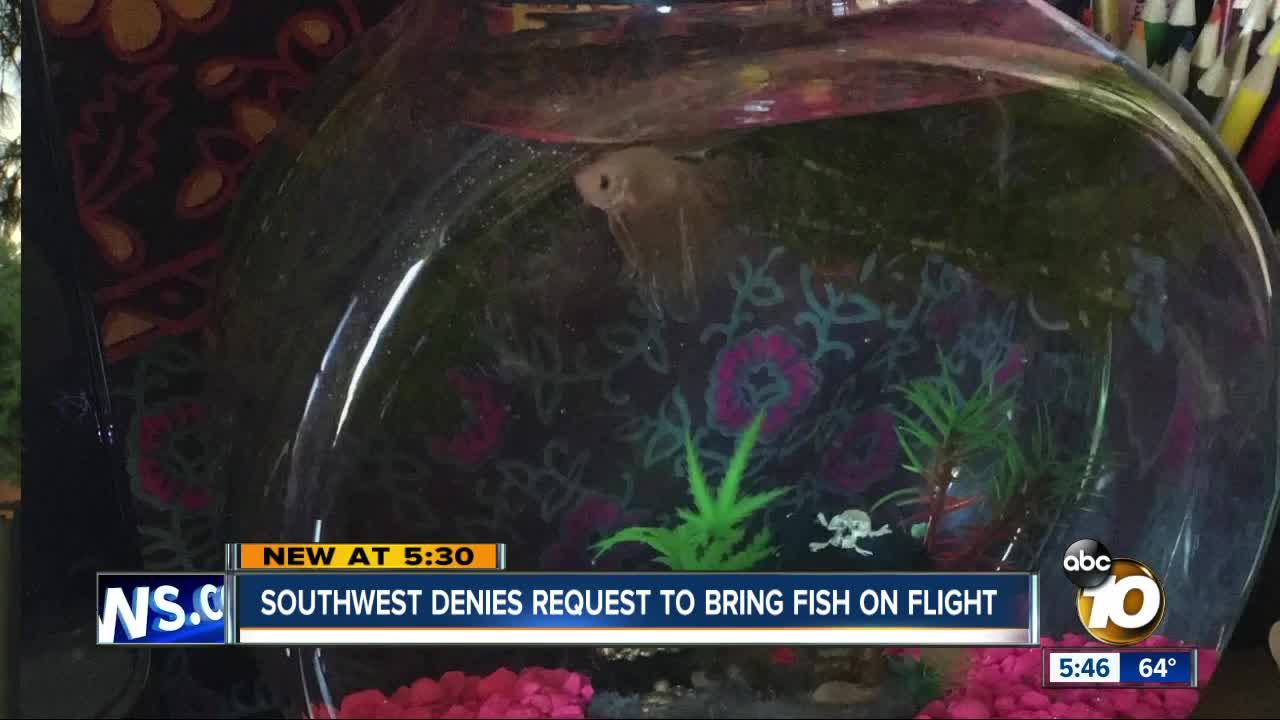 (KGTV) — A National City woman is heartbroken after she was forced to leave her beloved fish at Denver International Airport.

It was supposed to be a happy homecoming for Lanice Powless and her best friend.

"I've taken him everywhere with me," she said.

But Wednesday, the University of Colorado sophomore left Denver without "Cassie," her pink, male beta fish.

"This lady was just not having it," Powless said. "So the supervisor comes and she said 'Unfortunately, you cannot bring fish onto Southwest Airlines,'" Powless said.

Her freshman year in Colorado, Powless admitted she was lonely and wanted a pet. She considered getting a dog or cat. But her mother convinced her that a fish would be a better fit. She got Cassie at the local Petco, but did not realize she would end up falling in love with him.

"I put my finger in there, he come up and nibble my finger. He was a cool fish," she said. "I even got him a heater, because it gets so cold in Colorado."

According to the TSA website, live fish are allowed on board as a carry on. Powless said she never had any problems bringing Cassie along on her usual Southwest flight. But according to the airline, only small cats and dogs that fit in an under-seat carrier are allowed.

"I have traveled with it. I had it in my container too. Maybe they just didn't make a big deal out of it at the time?" Powless said.

But this time, she said she was utterly humiliated.

When she asked Southwest staff if she could leave Cassie on their counter so a friend can come a pick him up in half an hour, they denied her. So she frantically started to look around the airport for a new owner. She eventually found a traveler on another airline that allows fish on board, to care for Cassie on her behalf. But airport staff separated them, so Powless never got her name.

"They were not allowing us to converse at all because they were thinking we were going to do some secret exchange throughout the airport," Powless said. "Even after I was no longer in possession of the fish, they still continued to have security around us, and follow us through the airport and escorted onto our plane, as if we brought something bad onto the airport," she added.

Powless said airport staff made her feel like a criminal. Now spending winter break back in National City, she is the one who feels like a fish out of water, lost without her little sidekick swimming by her side.

"Everyone's laughing at me. Yes, it's a fish. I know. But dang, it was my pet. And just because it wasn't a cat or dog, it wasn't as important?" Powless said.

10News reached out to Southwest Airlines. A spokeswoman said airport staff are trained and in this case, followed protocol. She said counter staff offered a later flight so Powless could make arrangements for her fish, but said she did not take the offer.

The Southwest spokeswoman did extend apoligies on behalf of the airlines for making Powless feel uncomfortable.