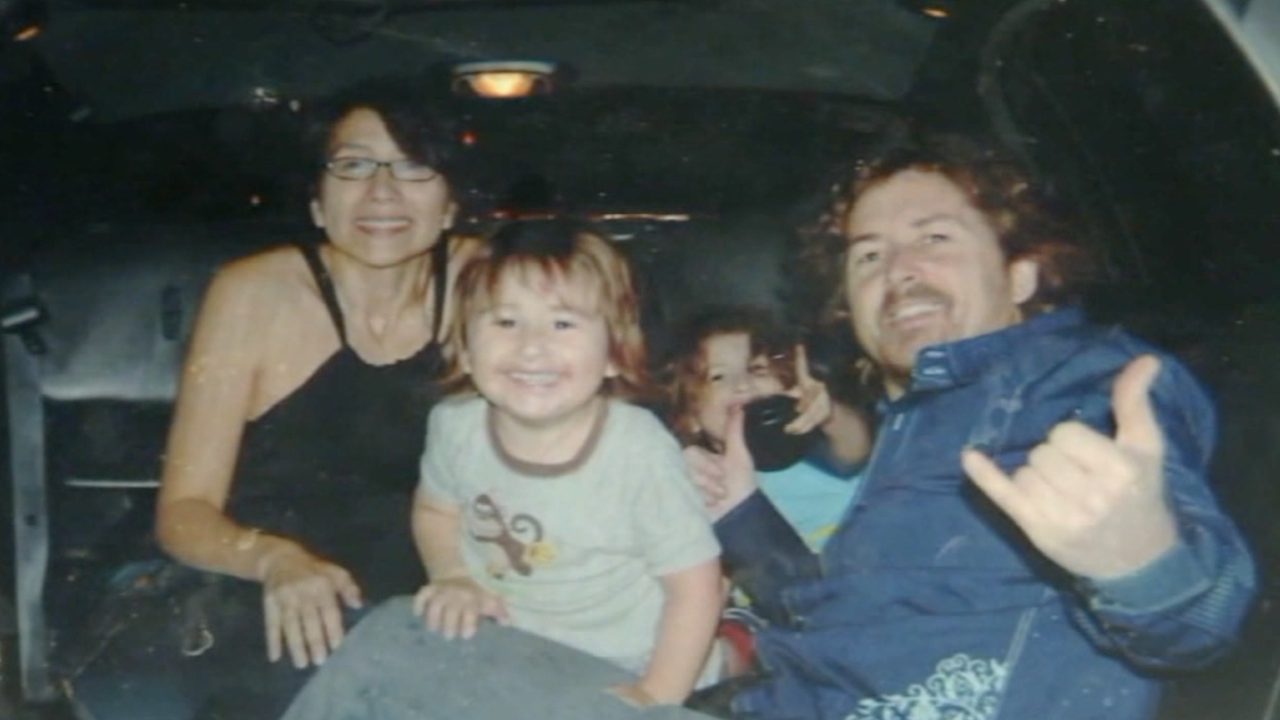 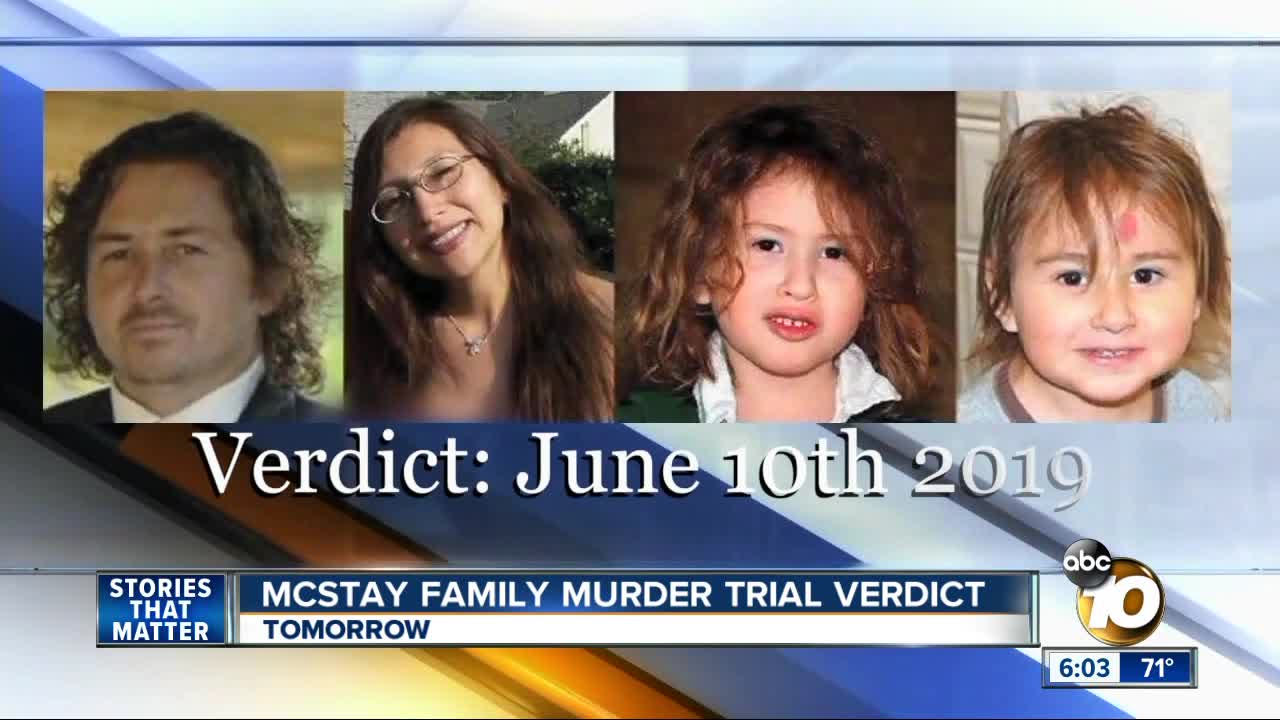 (KGTV) - A verdict in the case of a family of four found dead years after they were reported missing from their Fallbrook home is set to be announced Monday morning in a San Bernardino County courtroom.

In February 2010, Joseph McStay, his wife Summer, and their two sons, Gianni and Joey Jr., disappeared from their home. Joseph's best friend and business partner Charles "Chase" Merritt alerted family and authorities of their disappearance and filed a missing persons report.

Three years later, the McStays were still missing. Because surveillance video at the San Ysidro Port of Entry captured silhouettes of a family of four that looked like the McStays, many thought they had traveled to Mexico voluntarily.

However, many of McStay's family members and friends did not believe the family would suddenly walk away from a lucrative business and a comfortable lifestyle.

In November 2013, a motorcyclist found a piece of a skull off Interstate 15 in rural San Bernadino County. Investigators identified the bones as the four missing McStays. Lying next to their shallow grave was a sledgehammer. The location was less than 20 miles from Merritt's home. The prosecution said this became the turning point of the investigation.

In a November 2013 interview with 10News, Joseph McStay's father Patrick was asked if he believed his son's best friend had anything to do with their deaths.

"In no way do I suspect Chase. From everything I know, I don't suspect him," Patrick McStay said firmly.

Three months later, close friends held a memorial paddle-out in Orange County. Joseph Mcstay's mother Susan Blake told reporters, "It's the worst pain a parent can feel. And now it's like a boulder on your chest. I need those unanswered questions. I need justice."

Patrick McStay was asked again if he believed Merritt was responsible.

"I still can't say yes," he said. "But I can definitely say I wonder."

On January 2019, Merritt's murder trial began. His attorney argued that he could not have murdered the family in their home, claiming the Fallbrook home was left spotless.

But prosecutors said there was plenty of evidence stacked against him, including financial issues.

"The man, while claiming to be Joseph's best friend, was forging checks from Joseph's business, taking money from him," the prosecutor in the case said.

After a week of deliberations, the jury reached a verdict on Friday.