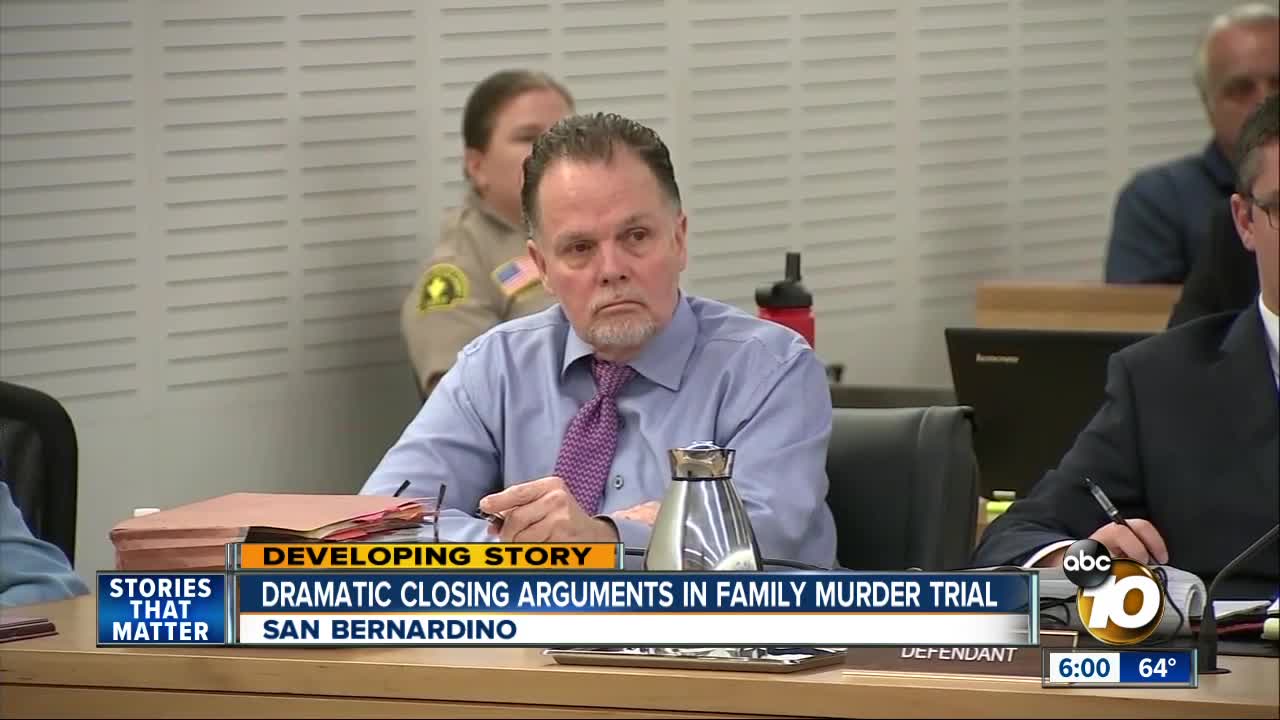 Dramatic moments in a San Bernardino courtroom today as a prosecutor slammed a sledgehammer onto a table.

He was simulating what he says is how a Fallbrook family of four was murdered in 2010.

Charles Merritt is accused of killing his business partner, Joseph McStay, his wife Summer and their two young sons Giani and Joe Jr.

The prosecution says Merritt was being sidelined from the business and owed thousands of dollars to McStay.

The defense countered in their closing arguments that the prosecution focused on trying Merritt’s character and not the actual facts of the murder.

The defense told jurors the circumstantial case produced no evidence tying their client to the family’s violent deaths.

The prosecution told jurors they didn’t have to prove how, where or when the murders took place, only that Merritt committed them.

The McStays disappeared from their Fallbrook home in early February 2010. Days after they were last seen, the family’s SUV was found abandoned at a strip mall parking lot in San Ysidro.

In 2013, the bodies of the family members were found in the Mojave Desert, near Victorville. Prosecutors said the family died from blunt-force trauma to their heads. Authorities found a sledgehammer, believed to be the murder weapon, in one of the graves.

Merritt was arrested in connection with the killings in November 2014 after sufficient evidence linking him to the case, including DNA, was discovered.

Authorities alleged Merritt killed the family members inside their home and then buried them in the desert. Merritt also tried to paint over the crime scene, according to authorities.

Merritt, 61, has pleaded not guilty to charges of murder and is being held without bail.

Prosecutors are seeking the death penalty in the case.