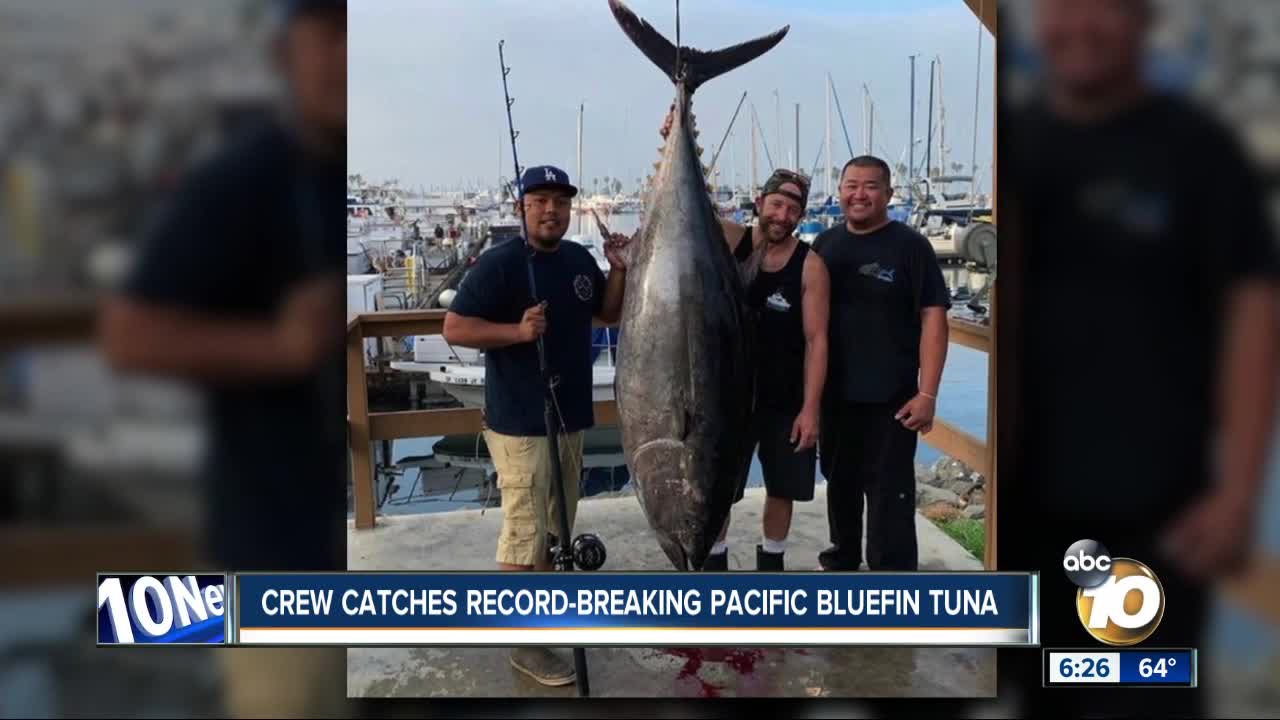 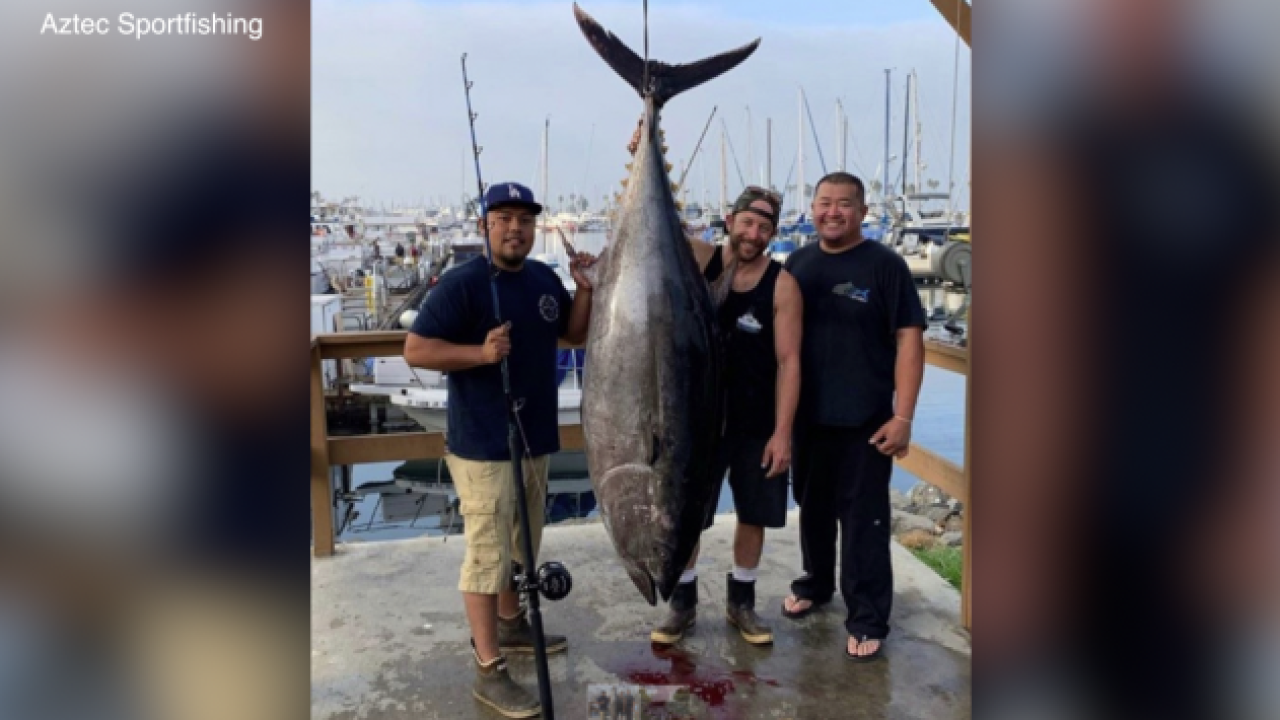 SAN DIEGO (KGTV) -- Several San Diegans are celebrating after catching a more than 300 pound Tuna off the San Diego Coast.

The biggest catch, a 321 bluefin tuna, was caught by San Diego local Andy Khwa and Robbie Ortiz from Santa Barbara.

The massive catch happened during a three-day trip aboard the Aztec Sportfishing’s Aztec vessel.

"This was hands down the best fishing we’ve ever seen on the Aztec. We were on a 3 Day trip with 24 passengers and caught over 400 bluefin and Yellowfin. Our standouts were 321 pound, 298 pound, and 292 pound Bluefin tuna,” Captain Greg Gawitt said.

“We broke our personal record of a 311 pound bluefin in 2017. The smile on our passengers faces was priceless! We are headed back out this morning and can’t wait to do it again."

This isn’t the first time fishermen aboard the vessel made a record-breaking catch.

In October of 2017, the crew pulled up a Pacific Bluefin tuna that weighed 310 pounds.