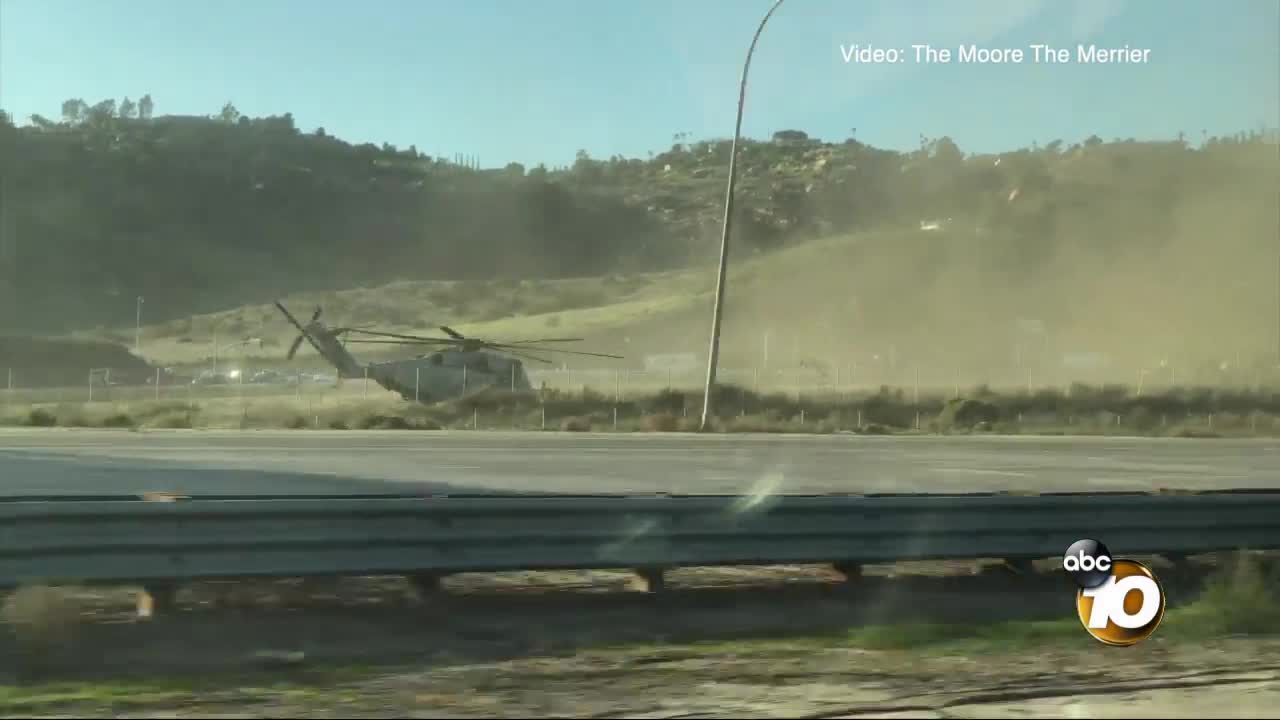 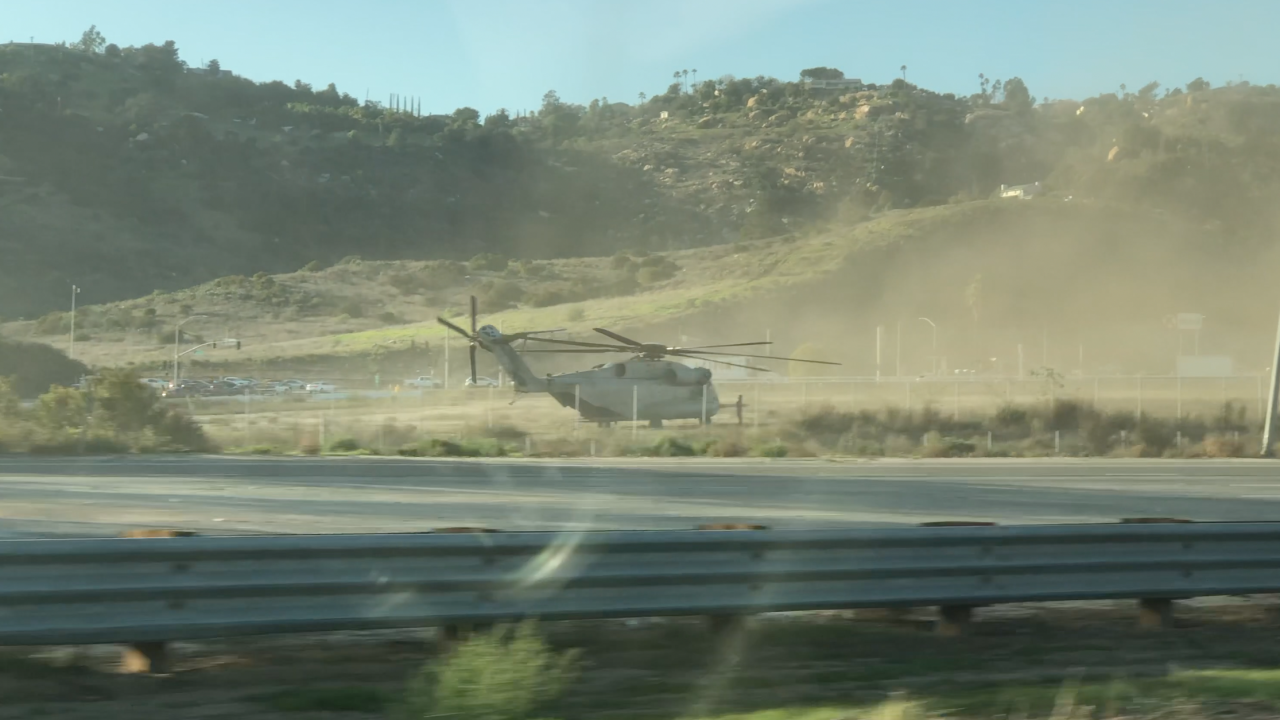 BONSALL, Calif. (KGTV) - A Marine Corps helicopter made a “precautionary” landing near the I-15 freeway and Highway 76 near Bonsall Monday afternoon.

A spokesperson for the 3rd Marine Aircraft Wing said the crew of the CH-53E Super Stallion noticed an indicator light in the cockpit signaling a generator had failed.

No one was injured, according to a MAW spokesperson.

The aircraft remained in the field through the evening and was scheduled to return to MCAS Miramar on Tuesday.