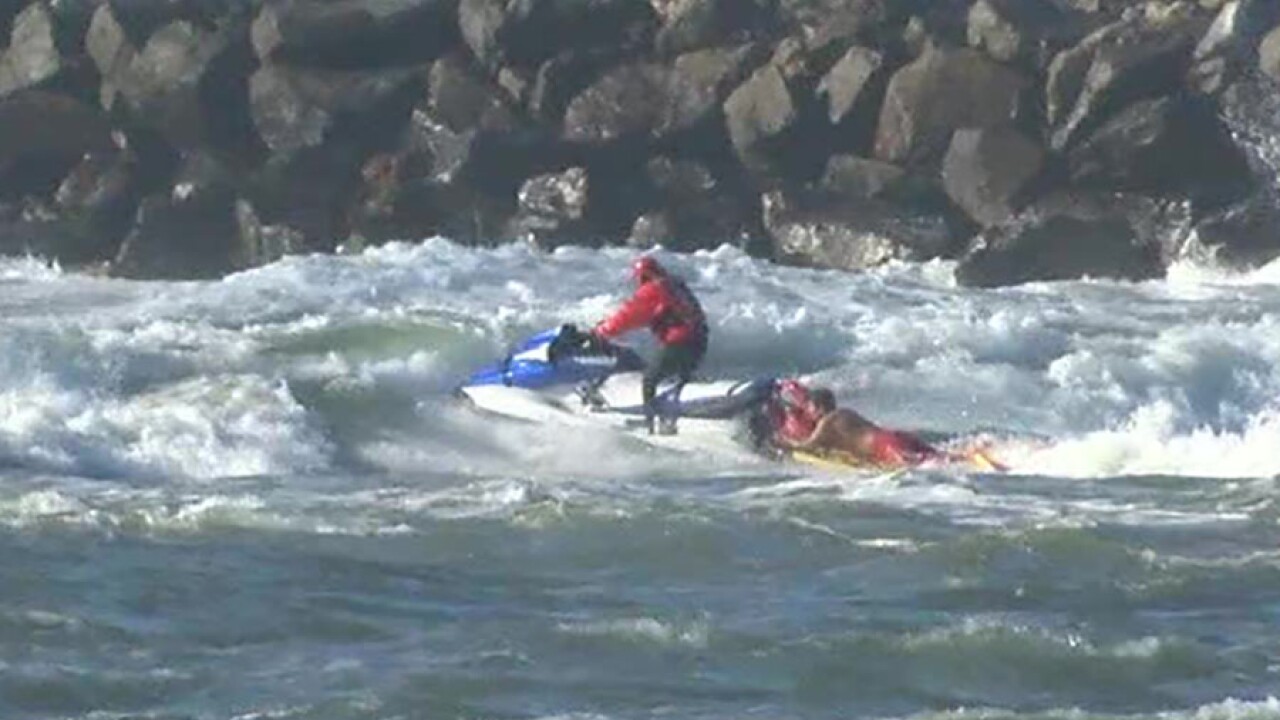 SAN DIEGO (KGTV) - A man who was swept out to sea off Ocean Beach after rescuing his dogs died at a hospital, authorities announced Thursday.

On Wednesday, at around 2 p.m., Gregg Owens and his wife were walking their dogs near Dog Beach when the dogs were suddenly was swept away by the high surf.

The San Diego County Medical Examiner’s Office said Owens went into the water and was able to save the animals, but he was then dragged back into the ocean water by strong currents.

Owens was reportedly swept about 75 yards from shore.

Surfer Nick Wilkinson, who was at Dog Beach when the tragedy occurred, said of the dangerous surf, "It's incredible the power of, basically, the outgoing tide. You could almost stand in it, ankle deep, and get sucked out."

According to the medical examiner, the surf slammed Owens into rocks, and he was found face down and unresponsive about 20 minutes later.

San Diego Lifeguards rescued the man and brought him to shore, performing CPR before he was rushed to UC San Diego Medical Center.

The medical examiner said Owens was admitted to the hospital’s intensive care unit where he later died.

The dogs are believed to be OK.

10News learned Owens was a paramedic for 11 years in Sterling, Virginia, before relocating to Henderson, Nevada, with his family.

No details concerning funeral arrangements have been released however they will be shared upon publication. Please keep the Owens family in your thoughts during this extremely difficult time."