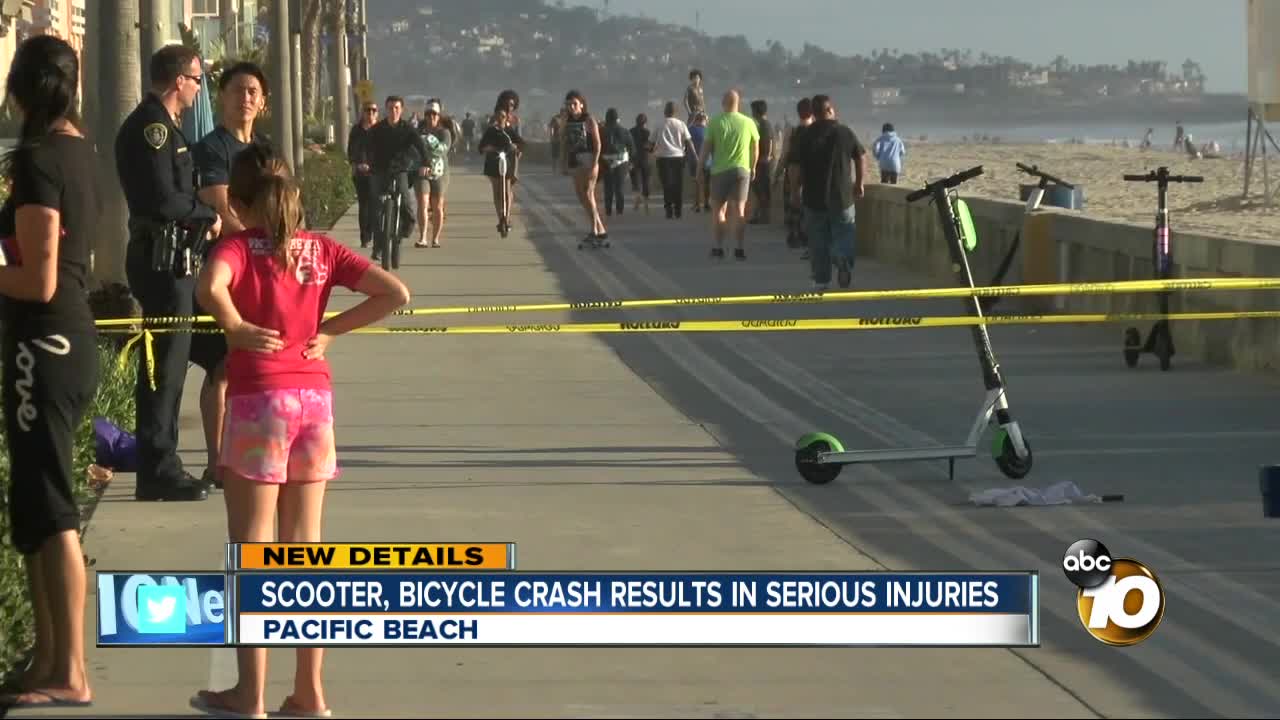 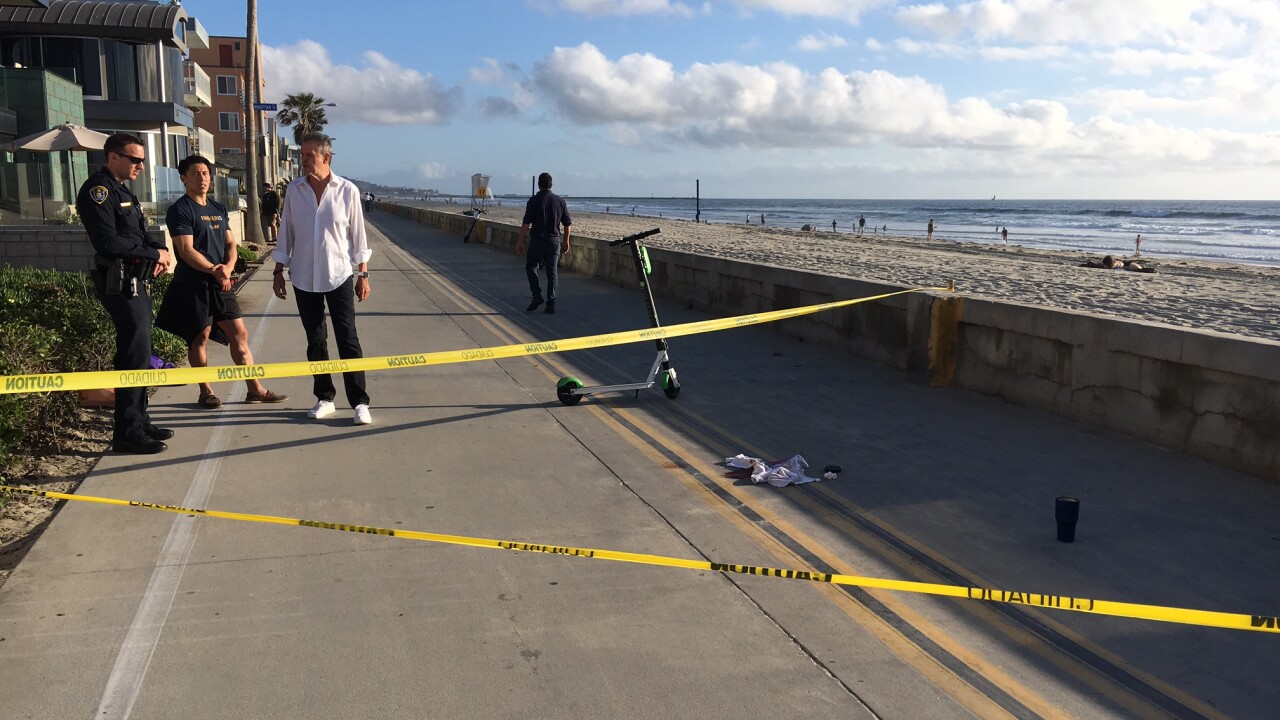 According to police, the crash happened around 4:30 p.m. near Ocean Front Walk and San Luis Obispo Place.

"His bike was upside and he was just laying there," said Nicole Ryujin, who saw the aftermath. "He wasn’t moving and at first I was like, 'is this guy okay?'"

Police say the 55-year-old was taken to the hospital with serious injuries, but not life threatening. According to police, the 27-year-old didn't suffer any injuries.